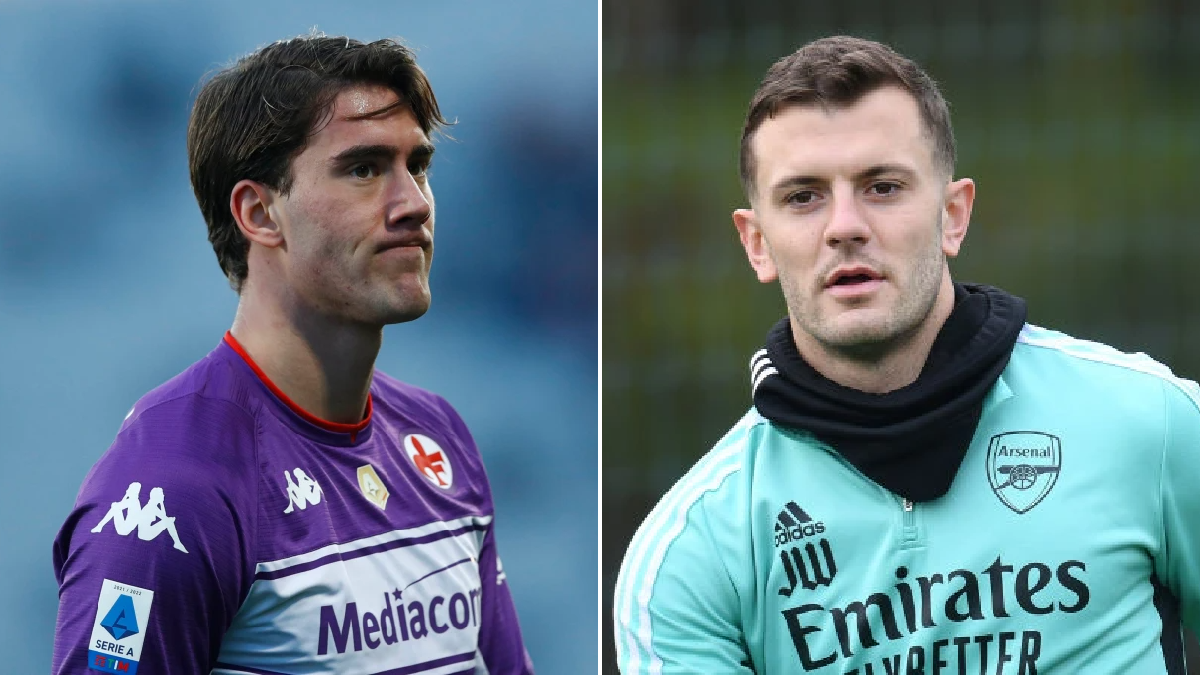 Mikel Arteta has opened the door to the possibility of Arsenal signing Fiorentina striker Dusan Vlahovic this month, though Jack Wilshere will not be offered a permanent deal.

The Spanish coach is looking to bring in a new midfielder and striker in the January window, having conceded that his squad was suddenly ‘very short’ after Ainsley Maitland-Niles was allowed to join Roma on loan for the rest of the season.

Midfielder Thomas Partey is also unavailable for the next few weeks while he takes part in the Africa Cup of Nations with Ghana, while the Gunners have a number of issues up top following Pierre-Emerick Aubameyang’s exile.

Arsenal have been heavily linked with both Real Sociedad frontman Alexander Isak and Serie A top scorer Vlahovic, with the latter potentially available this month for the right price.

The Gunners are rumoured to be in pole position to land the Serb and have reportedly offered £45million plus Lucas Torreira to land a player who has already netted 16 league goals this season.

While Arteta is usually reluctant to name-check potential targets, he did reveal that the club are ‘open’ to signing a player of the Fiorentina star’s calibre, with technical director Edu primed to move if he is available.

Asked if Arsenal would try to secure a deal for someone of Vlahovic’s standing this month, Arteta replied: ‘I think with the amount of things, and the way that we want to evolve the squad, we have to maximise every window in many different ways and we are alert.

‘Edu and his team are working very hard, as we know exactly what we need to do.

‘Whether we can accomplish that in January or the summer is a different question as it is related to other stuff.

‘If it is the right player and we can afford it, and we can do what we want to do, we will discuss it and make the best possible decision. We are open.’

In addition to Aubameyang being banished from the squad, both Alexandre Lacazette and Eddie Nketiah are out of contract in the summer and likely to leave on free transfers, exacerbating Arsenal’s need for a new frontman.

Midfield has also become an issue for Arteta, though the Spaniard says Wilshere – who has been training at London Colney while he looks for a new club – will not be signed as cover.

‘I think I was very clear with the situation with Jack and the role that he was going to have being around here and we continue the same way,’ said Arteta.