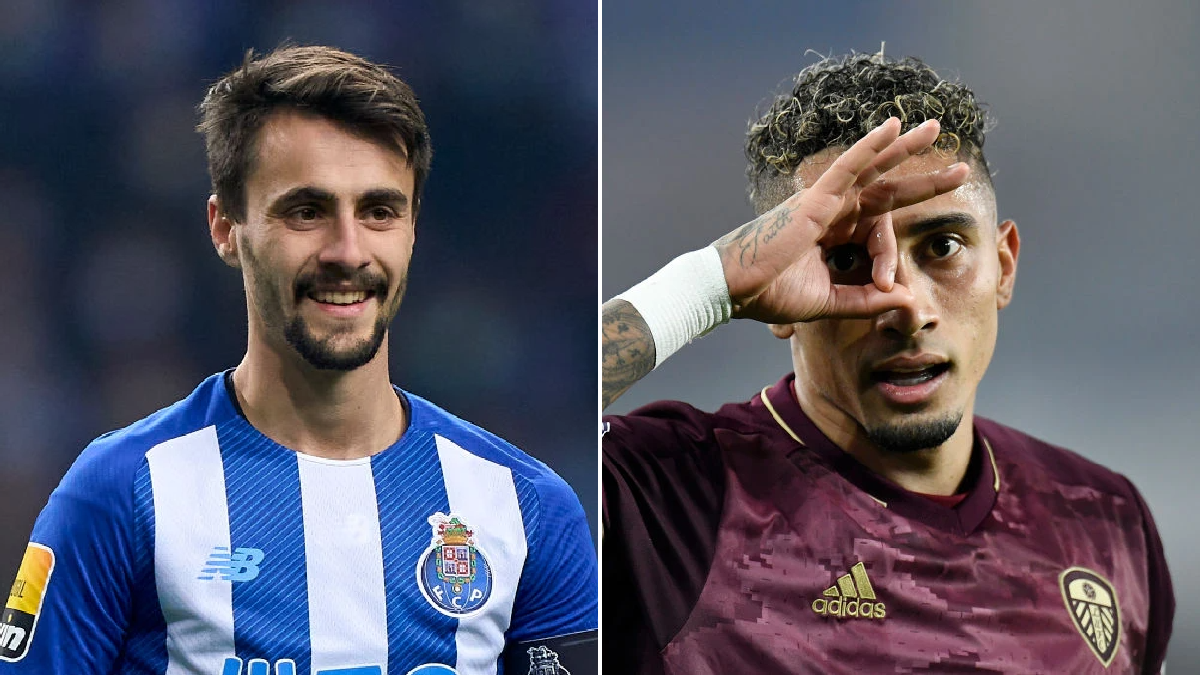 Arsenal believe the imminent £34million signing of Fabio Vieira from Porto could help them land Leeds United winger Raphinha this summer, according to reports.

The Brazil international was widely expected to move to Barcelona but the Catalan side’s ongoing financial difficulties have opened the door for Premier League sides, with Arsenal already readying a bid.

Raphinha’s clear preference is to move to Camp Nou, but his agent Deco – who, of course, used to play for Barca – will meet with the Spanish side’s hierarchy this week to get an update on the progress of the deal.

Barcelona’s members voted to sell off part of its retail arm last week, easing their financial woes, but they still need to sell players before they can make new signings and Bayern Munich’s Robert Lewandowski – not Raphinha – remains their top priority.

If Barca are unable to meet Leeds’ £50m valuation for the Brazilian, he will need to reassess his options and Arsenal believe they are in prime position.

According to The Telegraph, there is a feeling around the north London club that the smooth nature of their deal for Vieira could be a big boost to their hopes of signing Raphinha – with both players represented by the same agency, Gestifute.

The Gunners wasted no time in landing Vieira, with a £35m deal announced by Porto practically out of nowhere; the 22-year-old flew to London for a medical on Thursday night and the transfer should be made official this week.

The relationship Arsenal have built up with Gestifute and Mendes during the talks to sign Vieira could now play a big role in deciding Raphinha’s next club, while the speed and professionalism with which the Gunners agreed a deal with Porto is also valued highly – particularly compared to how protracted talks with Barcelona have been.

However, Barca remain in the race and Raphinha has made it clear he is willing to wait to see if the Catalan giants do eventually stump up the cash required to sign him, while Tottenham are also keeping tabs on the situation.