Arsenal have re-signed Dani Ceballos on another season-long loan from Real Madrid following an impressive debut campaign in the Premier League. Ceballos established himself as a key figure in Mikel Arteta’s midfield as last season progressed and expressed his desire to stay at the Emirates as opportunities under Zinedine Zidane at Real were running thin.

The midfielder joined the Gunners on loan last season after falling out of favour at the Santiago Bernabeu and recorded a total of 37 appearances across all competitions for the north Londoners.

The Spain international has become Arsenal’s fifth signing of the summer following Willian’s arrival from Chelsea on a free transfer, Gabriel Magalhaes’ £27million move from Lille as well as Pablo Mari and Cedric Soares’ permanent deals.

The Real loanee was convinced to move to the Emirates by former manager Unai Emery and enjoyed an impressive start to life in the Premier League until a hamstring injury last November sent him to the sidelines for three months. 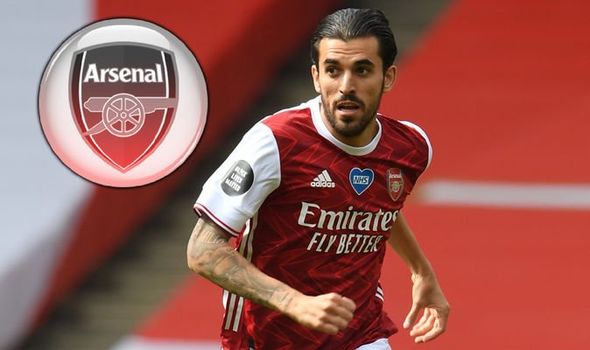 Ceballos struggled for first-team football upon his return but slowly managed to turn a corner as he won over new manager Arteta, who was so impressed with his progress that he wanted him to stay.

The 24-year-old appears to have held talks with the Arsenal manager and expressed his desire to stay in north London ahead of the new season.

Arteta said: “Well, we have had some talks and Dani knows really well what I think about him. 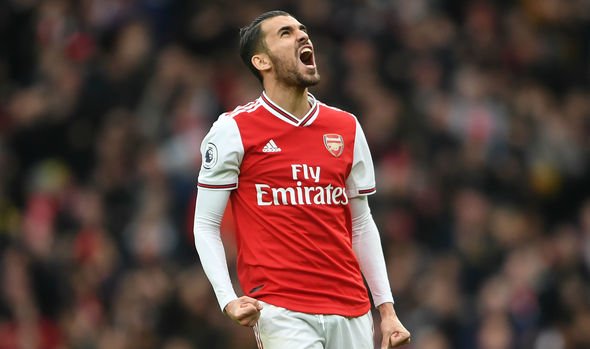 “He was pretty clear with me as well that his intention was to remain with us, but obviously Real Madrid is involved and I don’t know yet what they want to do with the player.

“But he’s a player that we are interested in because we really saw, in the last few months of the season, what he is capable of bringing to us.”

Arsenal are now close to announcing a new contract for team captain Pierre-Emerick Aubameyang following a stunning campaign that saw him scoring a staggering 29 goals in 44 appearances across all competitions.

Aubameyang appeared close to leaving the Emirates last season but the Gunners’ FA Cup triumph combined with their Community Shield victory appear to have convinced him to stay.

Arteta said: “We are trying to convince him he’s in the right place and the right environment to produce what he did here and four weeks ago [when scoring twice in the FA Cup final win against Chelsea].

“I’m very positive he’s going to sign but there are a lot of things involved in a contract deal and we are trying to solve them.

“I’m not worried [the saga will detract from preparations for the season]. We have built a good relationship between us.

“I’m confident. I see him smiling in training every day and that is a really good sign.”