Raphinha looks set to leave Leeds this summer following a standout campaign at Leeds last season. North London rivals Arsenal and Tottenham have both been heavily linked with the forward, and if either, or both, miss out on the Brazil international then Fabrizio Romano feels they are likely to turn to Richarlison.

Leeds avoided relegation by the skin of their teeth last season and Raphinha’s individual excellence played a crucial role in achieving that feat. The 25-year-old scored 11 and assisted three for the Whites, and those figures somewhat don’t do justice to his influence.

Understandably, the former Rennes star caught the idea last season and numerous top clubs have been cited as interested in the winger. La Liga outfit Barcelona are incredibly keen on Raphinha, though they are yet to reach an agreement with Leeds despite reports suggesting personal terms have already been agreed.

Spurs and Arsenal, too, are interested in the forward – and the pair could have to settle down to battle it out with one another for the signature of Everton star Richarlison, says transfer journalist Romano. Speaking about Tottenham’s business so far this summer, he told Wett Freude: “You will not sign both Raphinha and Richarlison. But they negotiate with both of them.

JUST IN: Arsenal chief Edu may have secret weapon to beat Tottenham to £65m ace 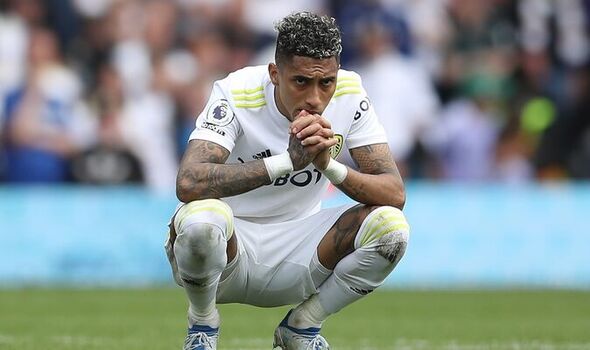 “As for Raphinha, they are in direct contact with Leeds. For Richarlison, there are no direct talks between Tottenham and Everton just yet. The negotiations for these two deals are still at different stages. As for Richarlison, it’s important to note that the player is open to a move this summer. That’s why he decided on a new agent in April. He’s really open to that possibility.

“But it’s not just Tottenham waiting. Many clubs are interested in Richarlison. I wouldn’t be surprised if he ends up at another English club, away from Tottenham. It depends on Raphinha. Those who don’t get Rahpinha will see Richarlison as an opportunity. It will be a Brazilian domino. But I think there’s a very good chance of seeing Richarlison at a top club this summer.” 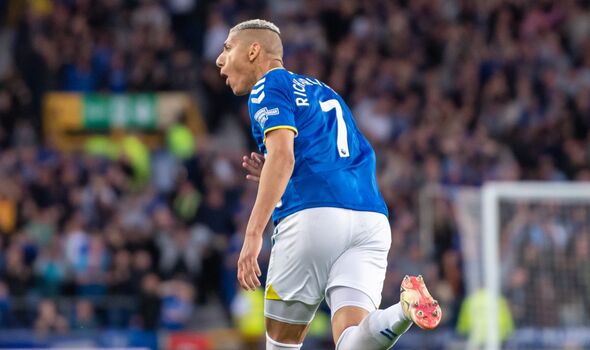 Richarlison was one of the Toffees’ saving graces last season and has been consistently tipped to make a move to a team competing for trophies, and this summer appears to be his opportunity to do so. Reports have circulated that the forward is pushing for an exit from Goodison Park, with numerous sides interested.

Mikel Arteta is desperate to strengthen his Arsenal attack this summer, with only Eddie Nketiah the only proven striker currently at the club – though Manchester City’s Gabriel Jesus looks set to sign as well. Whereas Spurs are in need of versatility and depth in the final third, thus the arrival of either Richarlison or Raphinha would be a welcome addition.