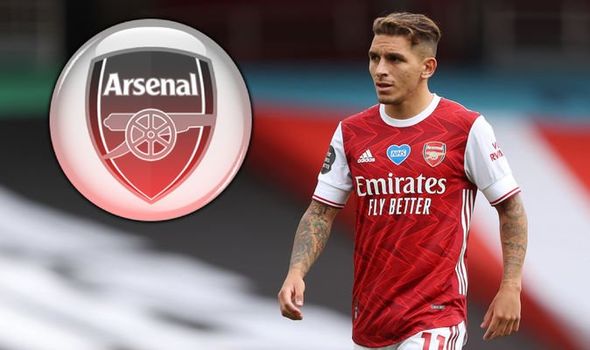 Arsenal have agreed a deal that will see Lucas Torreira head back to Italy after Dani Ceballos’ Emirates return is confirmed, according to reports. The Gunners are claimed to have brokered a loan deal with Fiorentina that includes an obligation to buy the midfielder in 12 months’ time.

Torreira has spent two years at Arsenal since being signed by Unai Emery from Sampdoria in 2018 for around £26m.

The Uruguay international has since racked 89 appearances for the club and was one of the north Londoners’ impressive performers in 2018-19.

His levels dropped under Emery after the now Villarreal head coach sought to deploy the defensive midfielder in a more advanced role which he struggled to fully adjust to.

And under Mikel Arteta, who replaced the sacked Emery last December, Torreira has seen Ceballos and Granit Xhaka solidify a two-man partnership in midfield.

Spain playmaker Ceballos returned to Real Madrid after a 12-month loan stint at Arsenal but is now due to return to the Premier League club imminently. 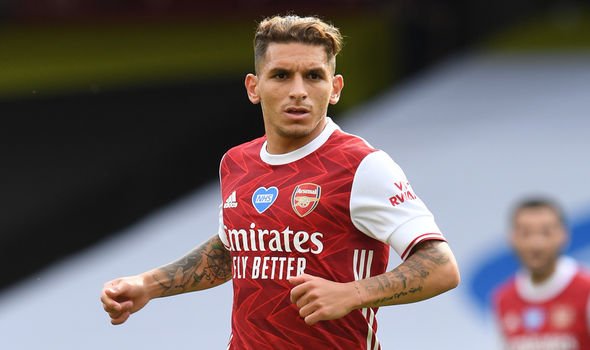 The 24-year-old returns for another season-long loan, again without an option to make the move permanent next summer, after helping Arsenal to win the FA Cup last term.

He was one of Arsenal’s most impressive performers after the Premier League’s July restart and scored a crucial winner in the FA Cup run in the quarter-final win over Sheffield United.

Ceballos’ return hampers Torreira’s chances of starting regularly next season and Arsenal could further bolster their midfield with the addition of Thomas Partey.

And so Torreira, who played 29 times in the Premier League last term, is thought to have been the subject of an agreement between Arsenal and Fiorentina.

Labaro Viola report that Fiorentina will pay an £8m loan fee before stumping up a further £16m for Torreira, 24, at the end of the season. 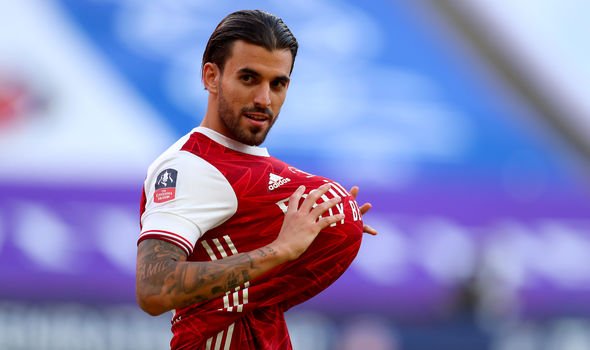 And the funds raised by Torreira’s departure will help Arsenal offset the cost of their summer spend so far and look to further enhance their midfield.

The Gunners are keen on both Atletico Madrid holder Partey and Lyon’s creative ace Houssem Aouar.

Partey has long been Mikel Arteta’s priority but Atletico are demanding that his £45million release clause is paid in full.

Arsenal are said to have had player-plus-cash bids rejected by the La Liga heavyweights for the Ghanaian, who Atletico are desperate not to lose.

The player has been offered a new contract at the Wanda Metropolitano but he has yet to put pen to paper despite Atletico’s willingness to double his salary.

And The Daily Telegraph say that Torreira is one of three players who are Arsenal are willing to sell in order to free up space and funds to launch a serious pursuit of Partey.

Out-of-favour Matteo Guendouzi and Mohamed Elneny, who spent last season on loan at Besiktas, are the other two midfielders they are open to selling.

Recruiting Partey would help add extra steel to the spine of the side, with Arteta having shown that he is conscious of injecting more physical and technical ability into the side through the middle. 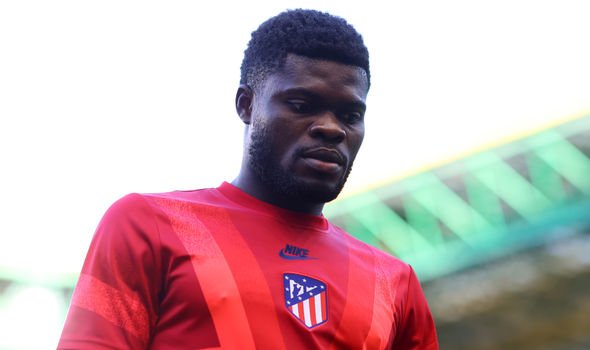 Arsenal this week confirmed the arrival of £27m Brazilian defender Gabriel Magalhaes from Lille, adding to the free signings of Cedric Soares and Willian and the £14m addition of centre-half Pablo Mari.

Gabriel said after joining the Londoners this week: “[Edu and I] had several chats about Arsenal and the new project, we had many good conversations.

“As the days went by I was getting very excited about it, then I had a call from the coach and that was very reassuring.

“Having the coach himself calling you to say he wants you in his squad motivates you a lot. That is the very reason I am here today.

“We did not talk about [details], he just told me he is aware of my quality, my capacity and how far I can go. He also said he will be very demanding with me.

“I know he is a great coach and I will make progress with his help.”