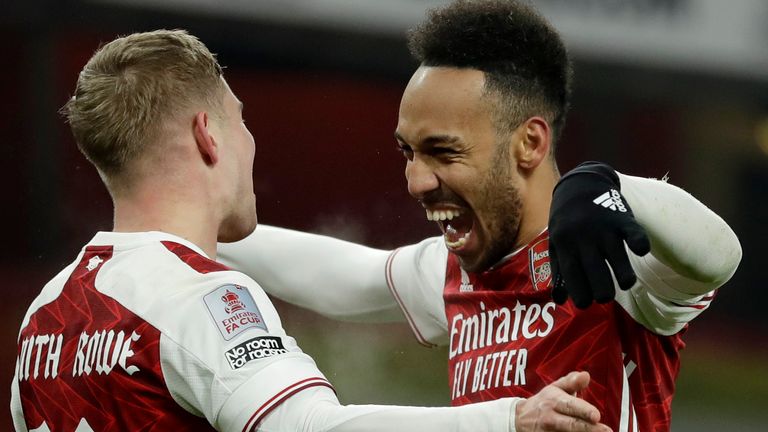 Holders Arsenal needed extra-time as they booked their place in the fourth round of the FA Cup with a 2-0 victory against Newcastle at the Emirates Stadium.

Substitute Emile Smith Rowe had a straight red card for a challenge on Sean Longstaff at the end of normal time downgraded to a booking by Chris Kavanagh after the referee consulted the pitchside monitor.

And the youngster made the all-important breakthrough for the Gunners in the 109th minute before Pierre-Emerick Aubameyang (117) sealed his side’s place in Monday’s fourth-round draw.

Since his first appearance of the season on November 26, Emile Smith Rowe has been directly involved in six goals for Arsenal in all competitions (2 goals, 4 assists) – only Alexandre Lacazette (6 goals, 1 assist) has been involved in more for the Gunners in that time.

Newcastle, who are without a win in seven games in all comeptitions, pushed Mikel Arteta’s side all the way and they had their chances to win the tie, Andy Carroll denied by Bernd Leno late in normal time.

But Arsenal’s quality eventually shone through as they kept their bid for a 15th FA Cup success on track. 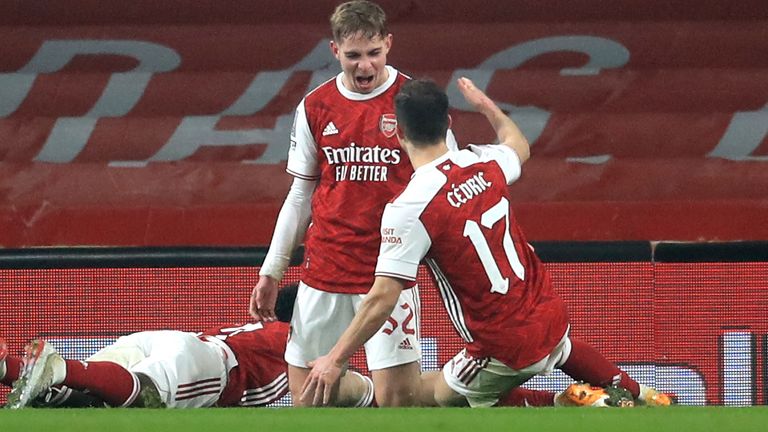 Arsenal were dealt a blow before the game when they forced into making a change to their starting line-up after Gabriel Martinelli picked up an injury in the warm up. Reiss Nelson replaced him and he was into the game early, testing Martin Dubravka with an early shot. 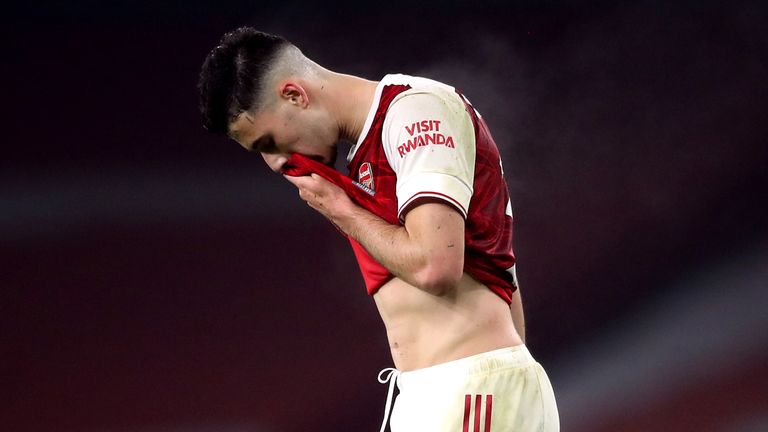 Nicolas Pepe also saw an early shot saved by the returning Dubravka, who also denied Aubameyang midway through the first half with a smart block.

Arsenal were beginning to dominate proceedings, but they were struggling to find any way through a well organised Newcastle defence.

Man of the match: Kieran Tierney

After a lacklustre first 45, Newcastle, who replaced captain Jamaal Lascelles with Matt at half time, had the best chance of the game so far early in the second half. Jeff Hendrick’s scuffed shot fell kindly to Carroll, but the striker could only steer his shot wide. The flag did go up for offside against Carroll, but replays suggested he was onside and had he’d scored, VAR would have let the goal stand.

Arteta had seen enough and introduced Smith Rowe and it brought about a lot more urgency from the Gunners. Aubameyang fluffed his lines, poking wide with only Dubravka to beat before Newcastle’s goalkeeper clawed away Joe Willock’s close-range header. 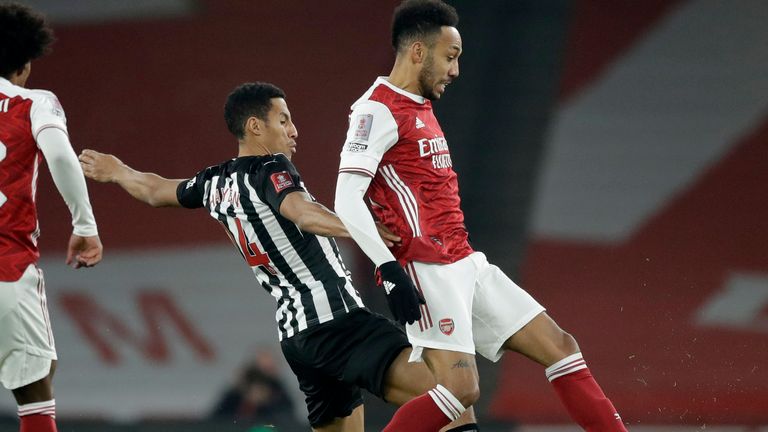 It was the midfielder’s last involvement following a double substitution with Bukayo Saka and Granit Xhaka introduced, but Steve Bruce’s side that almost clinched victory at the end of the 90 minutes.

A quick break by the visitors saw Elliot Anderson’s deflected shot fall for Carroll, but Leno saved well and collected the loose ball before the forward could score the rebound.

There was still time for more drama as Smith Rowe was shown a straight red card for what the referee thought was a high tackle on Longstaff, but Kavanagh, told to consult his pitchside monitor, overturned his original decision.

In extra time, Xhaka forced Dubravka into another superb save from his powerful volley early, but the opener eventually came.

Substitute Alexandre Lacazette headed into Smith Rowe’s path and the playmaker chested the ball down before firing into the bottom corner via the post.

There was still time for Aubameyang to grab a sixth goal of the season, tapping home Tierney’s cross to secure the holder’s passage into the fourth round. What the managers said…

Newcastle boss Steve Bruce: “You have to take your chances when they come along, we had the opportunity in the final few minutes and didn’t grasp it. As a cup tie, it could have gone either way and we rue the missed chances.

“I thought Andy (Carroll) did fantastically well, if he had topped it off by scoring a goal it would have been good for him. A lot of pleasing things, we’ve had a tough run of fixtures but we dust ourselves down and go again.

“I have found positives in all of the games, it has been a difficult period in terms of the games we have had to play. We are trying to get higher up the pitch, which is pleasing, and create a few more chances.” 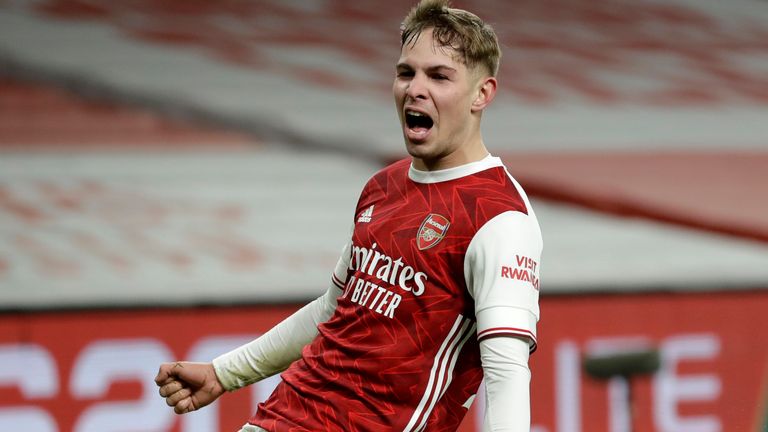 Arsenal goalscorer Emile Smith Rowe: “I was really happy, a bit of a relief for me with the incident before (the overturned red card) – it definitely wasn’t intentional – happy to get the goal and get through to the next round.

“We knew how tough it was going to be, they’re a tough opponent. It was about breaking them down. From a young kid I have always wanted to play for this club, I am really happy.

“It shows how together we are, we have been working off the pitch to get closer as a group and it shows.”

Man of the match – Kieran Tierney

He put in another excellent display on Arsenal’s left, creating a game-high six chances against Newcastle.

He has now had three goal involvements (one goal, two assists) in his last two games for Arsenal, after having none in his first 20 appearances this season.

Arsenal are back in Premier League action on thursday when they face Crystal Palace at the Emirates Stadium, live on Sky Sports; kick off 8pm.