The agent of Manchester United and Liverpool target Antony was reportedly in England this week. The Ajax winger’s representative Junior Pedrosa is said to have been in the north-west for talks about a potential transfer.

Antony enjoyed a successful season under the new United boss Erik ten Hag in the Eredivisie last year, scoring 12 goals as the Amsterdam side went on to win the league title. The Brazilian has been heavily linked with a move to Old Trafford, with Liverpool also believed to be interested.

However, the transfer has hit a stumbling block over Ajax’s demands. The club are believed to be holding out for a fee of around £68million which no club has been prepared to match so far. United are said to have bid for the player – but offered just £51m, far below the Dutch side’s asking price.

Now the Daily Mail and the Times report that one of the winger’s representatives, Pedrosa, has been spotted in Manchester. It is possible that he could be attempting to agree personal terms for his client with the Red Devils in order to put pressure upon Ajax to sanction a quicker sale. 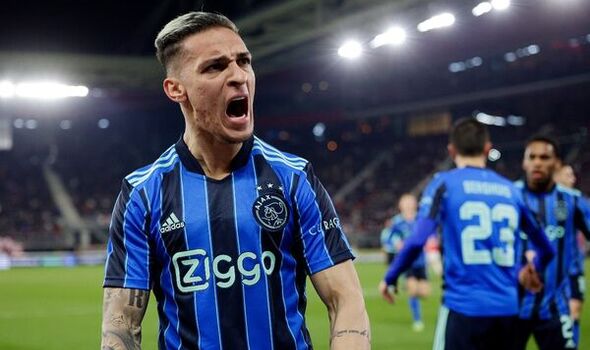 There is growing evidence that the Eredivisie champions are starting to prepare for life without their star player. The club have already moved to secure the signature of Steven Bergwijn, with the Dutchman joining from Tottenham in a deal worth around £26.5m, a club record fee. The Amsterdam team are also set to bring in young winger Francisco Conceicao from Porto.

Both players are particularly comfortable on the right hand side, the position currently filled by the Brazil international.

The transfer has the approval of former Arsenal striker turned pundit Kevin Campbell, who spoke of the benefits of ten Hag working alongside a player he is comfortable with. 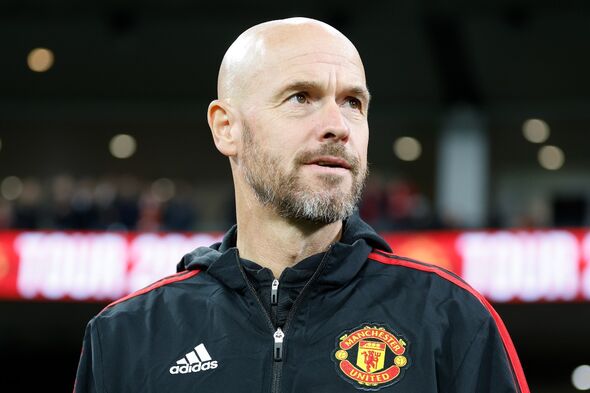 “You have to take that step up from the Eredivisie to the Premier League into consideration,” the Sky Sports co-commentator told Football Insider. “But Ten Hag likes the tried and tested route, he’ll want to work with players who know his system.

“I don’t think Ten Hag will be daunted at all by that step up – he knows Antony can make the step up.

“It’s gonna be interesting to see what happens with him, but he’s a top player.”

Given the uncertainty surrounding Cristiano Ronaldo, United fans will be keen to see Antony come through the doors at Old Trafford. The latest intervention by his representatives may be the first step in making this a reality.