‘He kept asking me “When are you coming? We NEED you here”‘: New boy Allan reveals Richarlison’s charm offensive on international duty to get Brazilian team-mate to join Everton

New Everton signing Allan has revealed how Richarlison played a role in his move from Napoli to Goodison Park this summer.

The 29-year-old Brazilian said he ‘spoke a lot’ with Richarlison before completing a three-year deal worth £21million with Carlo Ancelotti’s Toffees.

Allan said he felt ‘important’ and knew that the club ‘wanted’ him when Richarlison reached out and has since said he would do ‘anything to help’ the Everton forward on the pitch. 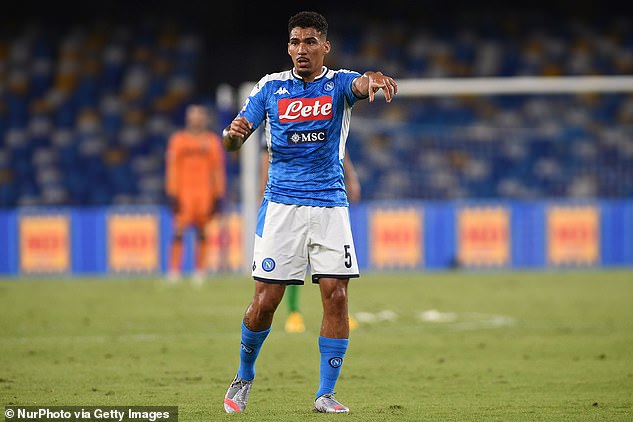 Explaining the impact Richarlison had on his negotiations with the club, Allan said: ‘I talk a lot with Richarlison when we’re together with the national team and, during the negotiations to come to Everton, he kept asking me “When are you coming? We need you here, come here.”‘

‘To hear that from someone like Richarlison was really satisfying. It makes you feel that you’re important, that you’re wanted. That’s something I appreciate and I’ll do everything to help him on the pitch.’

The Brazilian pair could line up together against Tottenham this weekend, while Allan’s arrival at Everton also see’s him reunite with Ancelotti.

The Italian manager and Allan worked together during Ancelotti’s tenure in Naples – causing the Toffees boss to make him a primary target in his midfield rebuild this summer.

He has been at Napoli since 2015 and has made 212 appearances in all competitions for the Italian side. 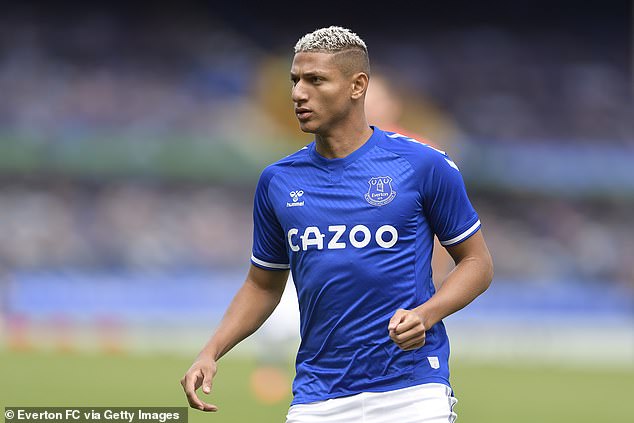 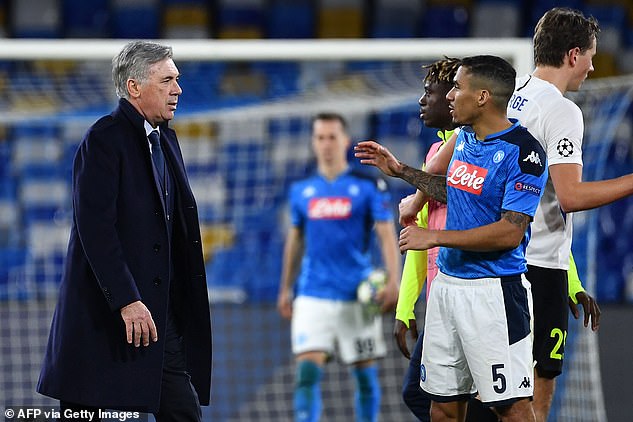 Allan also played a role in the side that won last season’s Coppa Italia, as Genarro Gattuso’s side beat Serie A champions Juventus on penalties in the final.

His departure from Napoli was inevitable after top-flight European club sought after. his signature last year.

Paris Saint-Germain had declared their interest but with Ancelotti in charge, Allan stayed in Naples.

With Ancelotti leaving Italy and joined the Premier League, it wasn’t long before Allan followed suit.

Speaking of his excitement to join Everton, Allan told the official Everton website: ‘I’m really happy to know the fans are excited about me coming here to Everton.

‘I received a lot of messages from fans and that made me really happy. I’m confident in the work I can do here.

‘In my style of football, I’m a very dedicated player, a player who looks to help their teammates and I hope in my time to get even more fans behind me.

‘Without a doubt a strong part of my game is marking and desire to going in to win absolutely every ball, definitely a differential in my game and I believe with my desire I can put in performances to win the fans over and hopefully win things as well.’