Alexis Sanchez has struggled to replicate the form he enjoyed at Arsenal with Manchester United because he’s missed Mesut Ozil. That’s the verdict of ex-United midfielder Paul Ince.

Sanchez managed 80 goals and 45 assists in 166 games at Arsenal, but his explosive displays and outstanding output dropped significantly after moving to Old Trafford in a swap deal also involving Henrikh Mkhitaryan.

He managed just five goals and nine assists in 45 games, with only three strikes in 32 league matches for the Red Devils.

And Sanchez has been sent out on loan to Inter Milan this season, having been deemed surplus to requirements by Ole Gunnar Solskjaer.

It marks a massive fall from grace for the 31-year-old, who was one of the best forwards in the Premier League while playing for the Gunners. 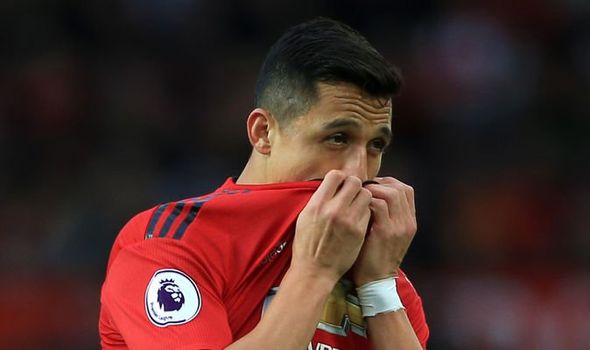 And Ince believes Sanchez has suffered from not playing alongside Ozil, whose performance levels have also dropped notably in recent years.

The World Cup winner, handed a £350,000-a-week deal a week after Sanchez departed the Emirates, found himself out of the team under Unai Emery and interim coach Freddie Ljungberg.

He has been restored to the starting eleven by Mikel Arteta but it is clear the German is no longer an elite playmaker as he was under Arsene Wenger.

And Ince believes Sanchez and Ozil’s declines are linked.

He said in his Paddy Power column: “It’s a strange one when you talk about Alexis Sanchez because, when you look back at his Arsenal days, you’re talking about one of the Premier League’s best attackers. He was a great player there.

“We all know what happened next, but something that a lot of people overlook is Mesut Ozil – the reason Sanchez was so good at Arsenal was because he had Ozil next to him.

“Most good things that Alexis did at Arsenal were connected with Ozil.

“And it works both ways, they made each other better – look at Ozil since Sanchez left, he’s not been the same player. Neither have.”

Speaking back in September, Chile forward Sanchez declared that he has no regrets over quitting the north London club.

“I’ve always said that. It’s the club that’s won the most in England. 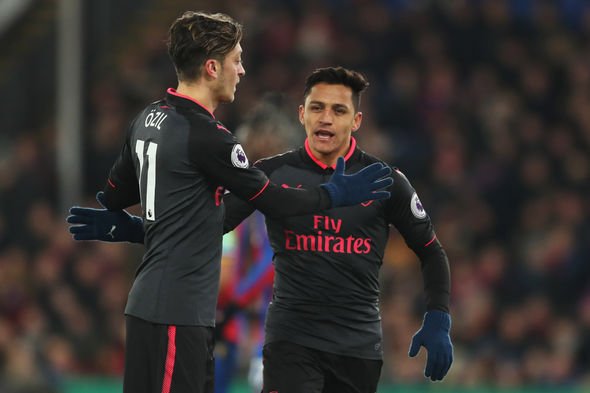 “When I went to Arsenal it was fantastic – I was happy there – but United were growing at the time, they were buying players to win something.

“I wanted to join them and win everything. I don’t regret going there.”

On his struggles in Manchester, he continued: “I think that I’m happy when I play for my national team.

“I was happy at Manchester United too, but I’ve always said to my friends: I want to play.

“If they would let me play I’ll do my best. Sometimes I’d play 60 minutes then I wouldn’t play the next game – and I didn’t know why.”