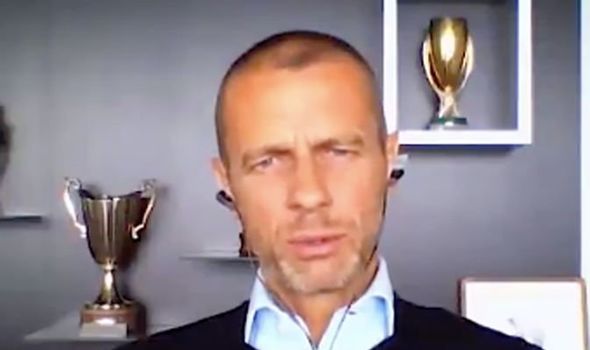 Aleksander Ceferin insists UEFA plan to plough on regardless with European football over the next 12 months. The anticipation is that travel restrictions will be one of the longest-lasting measures in place to combat coronavirus but the UEFA president believes that it will be business as usual for their club competitions next season.

Ceferin also reiterated in an interview on BeIN Sport that the finale to this season’s Champions League and Europa League completed by the end of August.

Manchester City still have their round of 16 match at home to Real Madrid to play, with Manchester United and Wolves also due to host home games in the Europa League. However, Prime Minister Boris Johnson has warned 14-day quarantine measures could be imminent for people arriving in the country.

The problems are worse in France, where the government has banned sport altogether from taking place in the country until September, even though PSG and Lyon are still involved in Europe.

Ceferin said: “I don’t see the reason why French authorities would not allow them to organise a match without spectators, but let’s see. It’s out of my power.

“If we have two leg competition, everybody has to play. If you cannot play in your country, then you have to organise it at a neutral ground – that’s it. 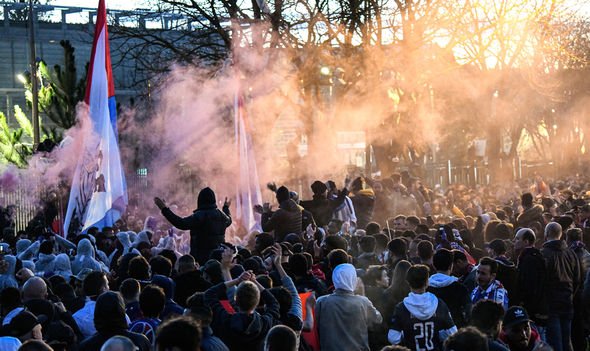 “We have a concrete plan of finishing the European season. Of course, this summer we will have to play without spectators at the stadiums.

“We have an idea but we have to wait for the executive committee of UEFA to confirm the dates. I can say that the European season will be finished, if everything is as it is now, in August.”

There has been talk of abandoning – or at least reducing dramatically – qualification rounds for next year’s European competitions.

But with the league stages of both due to take place from September 15-17, Ceferin seems locked into those dates even if Premier League clubs are still take a break after seeing out this campaign.

“For now, it looks as though the calendar will not be affected much, especially the calendar of UEFA competitions,” Ceferin said.

“The calendar is very dense, so we don’t have much space to change things. My opinion is that it will stay the same”

“About the national leagues – it’s hard to say. Some say that they are thinking of starting a bit later, some will start normally. But for European competition… we are of a view that it should stay the same.”