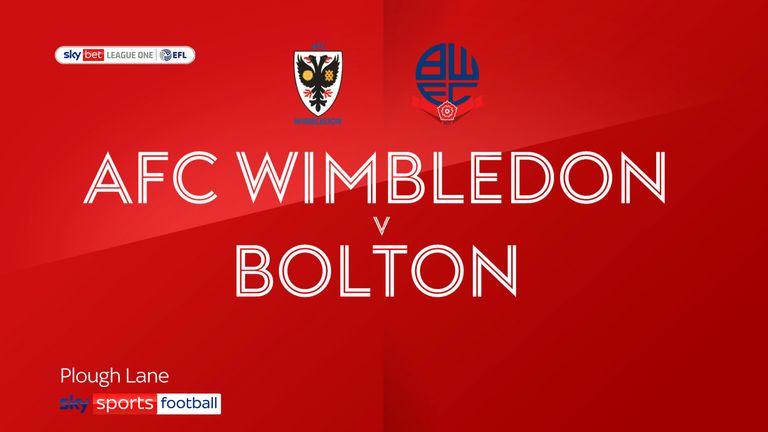 AFC Wimbledon fans’ return to Plough Lane after three decades was marked with a six-goal League One thriller as the Dons drew 3-3 with Bolton.

The hosts opened the scoring after 20 minutes when the unmarked Will Nightingale nodded home Anthony Hartigan’s cross from close range.

The visitors were ahead after 27 minutes as Doyle turned provider with a lovely cross which was tapped in by Josh Sheehan.

The Whites doubled their lead three minutes after the restart, Afolayan tucking away Amadou Bakayoko’s ball to the back post on 48 minutes.

Bolton threatened to make it four before the Dons clawed one back on 74 minutes through substitute Aaron Pressley’s spot kick after Ayoub Assal was brought down in the box.

And Wimbledon salvaged a point a minute later when Dapo Mebude cut in from the left and curled the ball into the bottom corner 15 minutes from time.