ADRIAN KAJUMBA: Tyrick Mitchell was inconsolable after the tiniest of slips let in Ruben Loftus-Cheek for the decisive strike… it was a cruel twist as the Crystal Palace defender had not put a foot wrong all season, but he will bounce back

Romelu Lukaku had just missed a sitter, the last thing he needed given how his season has unfolded, but his first thought at full-time was for Crystal Palace’s crestfallen left-back.

If it was not for the distance he had to make up from his dugout to the far side of the pitch, Patrick Vieira might have got to Tyrick Mitchell before anyone else.

Vieira would have had as good an idea as anyone at Wembley what his distraught youngster was going through. 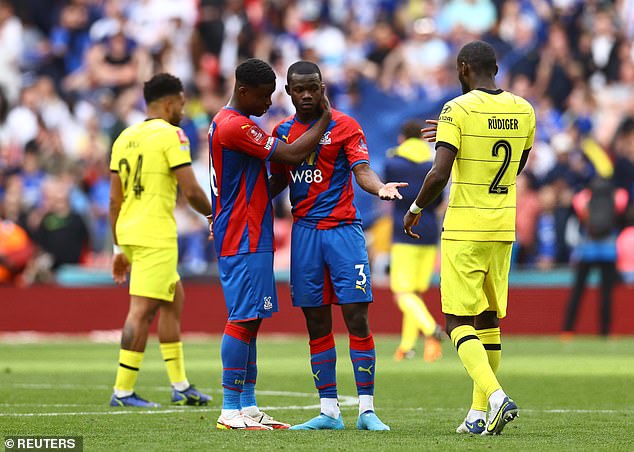 On Friday, during his trip down FA Cup memory lane, five-times winner Vieira reflected on the importance of the small details that decide big occasions like this.

His misplaced pass which preceded Ryan Giggs’ unforgettable solo winner for Manchester United in their famous 1999 semi-final win over Arsenal was one such moment in this competition’s long history.

Against Chelsea, it was the unfortunate Mitchell involved in the decisive incident that could easily have led to nothing but ended up having major consequences, though Joachim Andersen’s missed header was another Palace may also look back on with regret.

Given the ball in an awkward position, Chelsea swarmed around him and Cesar Azpilicueta dispossessed Mitchell, sparking the move that led to Ruben Loftus-Cheek’s opener. 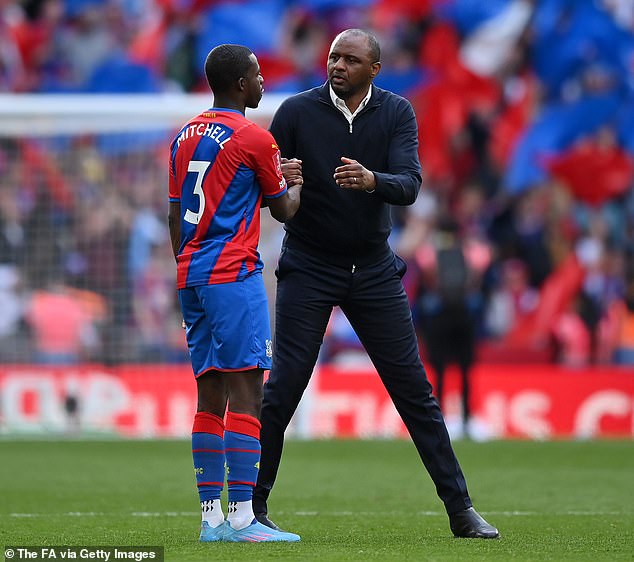 There was still plenty to do before the ball ended up in Palace’s net, as his manager Vieira rightly pointed out.

And after Lukaku and Vieira, Reece James, Loftus-Cheek, Antonio Rudiger and Thiago Silva also offered words of comfort to Mitchell whose emergence as a brilliant young defender has earned him England recognition and also not gone unnoticed beyond Palace, winning him the respect of his Premier League peers.

But in truth there was little anyone could have said to lift Mitchell.

He had not put a foot wrong all season, making this tiniest of slips all the more cruel, and was inconsolable. 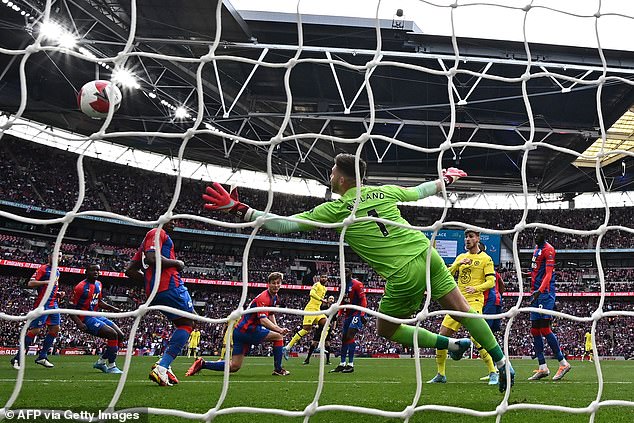 Loftus-Cheek’s goal was the moment that effectively decided the game, opening up it up and forcing Vieira to do the same with his team, which played into Chelsea’s hands.

Until then, Palace had come with a clear plan – on and off the pitch – and they were executing it perfectly.

They were frustrating Chelsea thanks to Vieira’s surprise back three setup while carrying a threat on the counter and from set-pieces.

They were winning the battle in the stands too, the difference in atmosphere and enthusiasm between the Palace and Chelsea sections significant.

Palace’s supporters did not stop, having started well before kick-off. 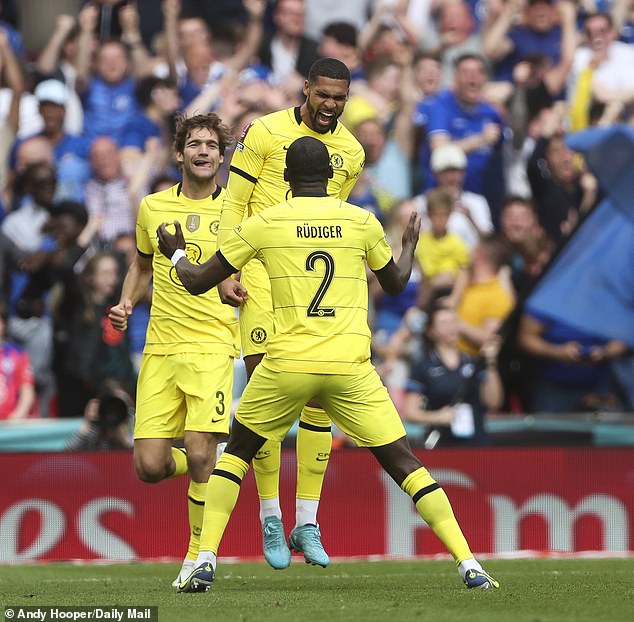 Perhaps that was a reflection of how often these two clubs get to play at Wembley. This was Palace’s first visit since 2016.

They treated it as such, a rare occasion to be savoured.

They would not have enjoyed the result but Palace are undoubtedly going places under Vieira.

You sense there will not be quite as big a gap between this and their next visit. Mitchell will be back too.

Vieira said: ‘He will be ok. Those kind of games will build himself and how to manage his emotions. The more games he will play like that, the better it will be for him and the rest of the young players we have.’