AC Milan 0-1 Napoli: Stefano Pioli’s side are leapfrogged by visitors into second place to leave rivals Inter four points clear at the top of Serie A as Eljif Elmas heads winner before Franck Kessie is denied a late equaliser by VAR

Napoli beat AC Milan 1-0 at the San Siro on Sunday to climb to second in Serie A above their opponents, with VAR taking centre stage in a dramatic finale.

Midfielder Eljif Elmas glanced a header home at the near post from a corner to stun the hosts and edge the visitors in front in the fifth minute.

Napoli held onto that lead without being overly troubled until the latter stages of the contest between the contenders. 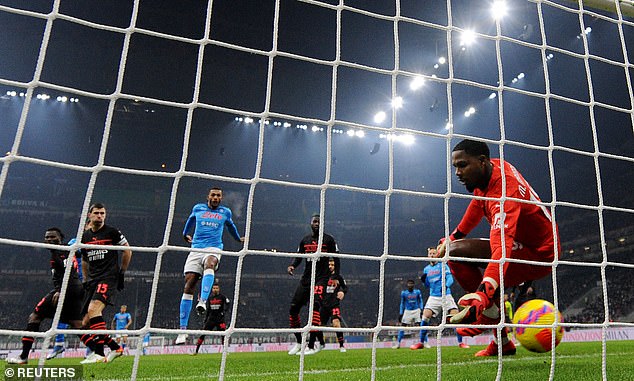 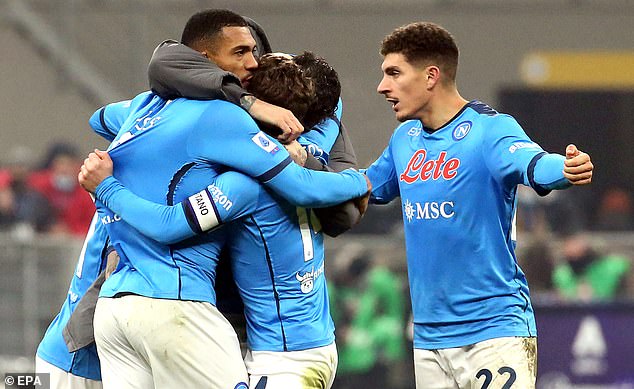 Veteran Milan striker Zlatan Ibrahimovic looked most likely to find an equaliser after going close midway through the first half and just after the break.

In the 90th minute, just as Milan looked out of ideas, Franck Kessie appeared to have snatched the hosts a point out of nowhere, sparking wild scenes of celebration, only for VAR to rule it out for offside.

Milan were furious with the tight call made by the officials, as Napoli held on for a first win in four league games to move on to 39 points.

Former Chelsea striker Olivier Giroud was contentiously deemed to have been active in an offside position.

That means they have the same number of points as Milan but are above Stefano Pioli’s team on goal difference. 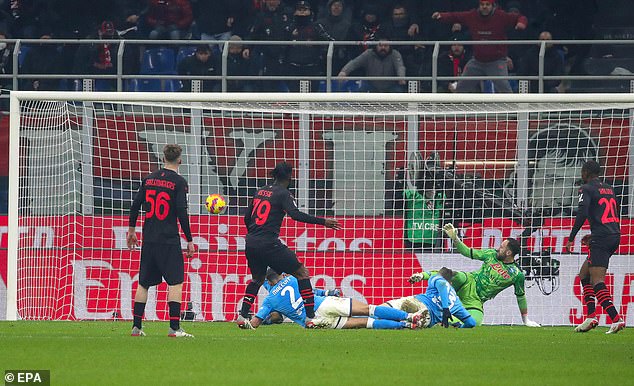 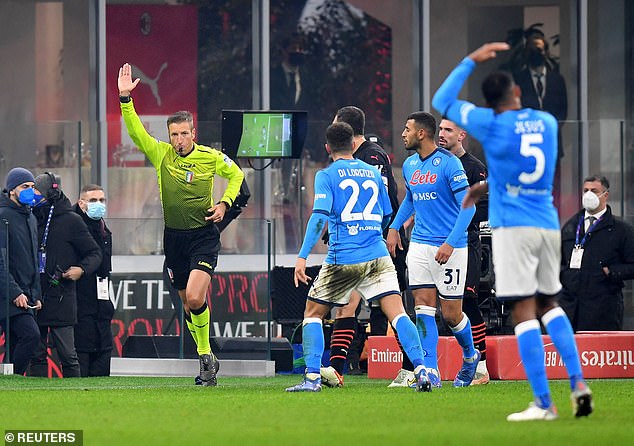 However, VAR intervened to deem that the midfielder scored from an offside position