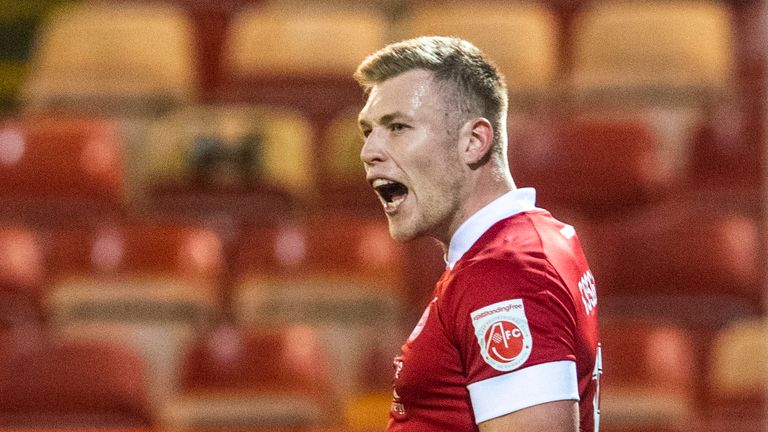 Aberdeen shrugged off their Scottish Cup defeat at the hands of Celtic to overcome fellow beaten semi-finalists Hibernian, leapfrogging the Edinburgh side into third place in the Premiership with a 2-0 win.

The Dons were in front after just five minutes through Scott Wright and a 12th-minute Sam Cosgrove strike meant the visitors had it all to do to take something from the game.

Despite their early goals, this was a game in which the sides largely cancelled each other out, with chances at a premium, and it would be fair to say both early goals came from Hibs shooting themselves in the foot.

The first saw Jamie Murphy caught in possession on the edge of his own 18-yard box.

Ryan Hedges robbed him and, after some quick passing involving Ross McCrorie and Lewis Ferguson, the latter found the perfectly timed run of Wright, who steadied himself before shooting low across Ofir Marciano.

And the second would also have maddened manager Jack Ross, himself a defender in his playing days.

There seemed no danger as Ryan Porteous cleared his lines 25 yards from the Hibees’ goal, but his searching pass came off the back of Ferguson and fell neatly for Cosgrove to home in on goal and fire high into the net.

It was Cosgrove’s first strike of an injury-hampered season, a fact that makes the Dons’ league position all the more impressive.

After such a quick-fire start it was clear the game would settle but, with both sides nullifying each other, shots on goal were rare. 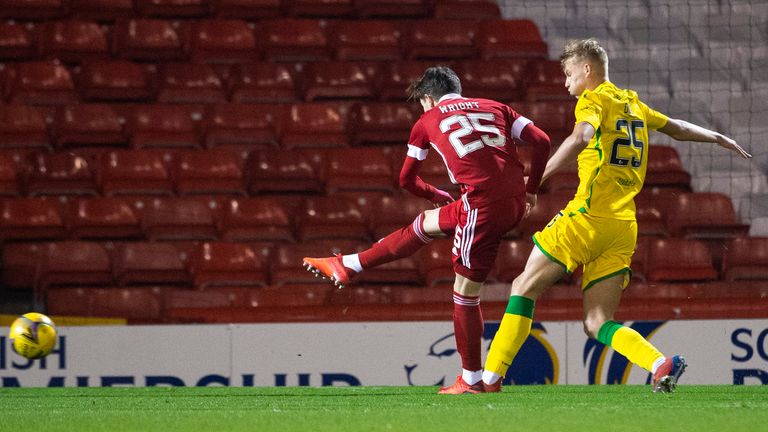 Indeed, Aberdeen’s Joe Lewis saw his first serious action after 29 minutes and, even then, that was to push over a sliced Ash Taylor clearance that threatened to sneak under his own crossbar.

Hibs looked much more adventurous after the break and midway through the second half they had two penalty claims in the space of a couple of minutes. Both saw Martin Boyle go down, and there could have been no complaints if either was given.

They continued to threaten as a cross from Stevie Mallan saw Christian Doidge attempt a bicycle kick at the back post, but the danger was snuffed out by a resolute home defence.

With 10 minutes remaining, the home side could have made absolutely sure of the points as Marciano was caught in no man’s land and Hedges pulled back for McCrorie, but a deflection on the cross saw the midfielder have to adjust and Porteous got back to clear.

Rangers host Aberdeen on November 22 after the international break, live on Sky Sports Football from 11am; Kick-off at 12pm.

Hibs’ next game is in the Scottish League Cup against Dundee on November 15; Kick-off at 4.30pm.