Aaron Ramsey would jump at the chance to rejoin Arsenal should the opportunity arise. That’s according to transfer expert Fabrizio Romano, who claims the attacking midfielder is open to a sensational return to the Emirates Stadium two years are waving goodbye to the Gunners.

Ramsey cut an emotional figure as he delivered his farewell message to supporters at the end of the 2018/19 season.

A contract offer was initially on the table to see him become one of the club’s top earners before it was retracted.

The Welshman was not short of suitors though and put pen to paper with Italian giants Juventus.

Similarly to his Arsenal career, injuries have prevented Ramsey from showcasing his quality on a consistent basis.

JUST IN: Arsenal and Tottenham ‘in £23m transfer battle’ for Barcelona defender 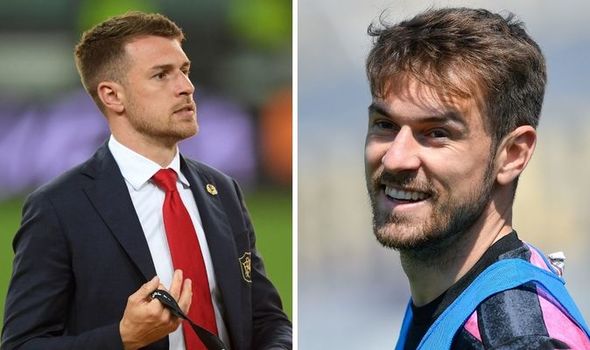 There have been spells of huge promise under both Maurizio Sarri and Andrea Pirlo but things have not worked out for the 30-year-old, who has just one year remaining on his current deal.

As one of Juventus’ highest earners, the Bianconeri are keen to get Ramsey off the books this summer.

And according to Romano, the Wales international would be keen on a return to north London.

He told The Arsenal Lounge: “Aaron Ramsey would love to join Arsenal again.

“At Juventus he is struggling, he’s not playing, many injuries.

“He will be on the market 100 percent, he will be available, if Arsenal want to go for Ramsey, they know they have the chance.

“But at the moment there’s nothing advanced or serious with Ramsey yet.”

Arsenal are already stacked with options in the final third and Ramsey’s return remains unlikely at this stage given his current wages at Juventus.

The Gunners are set to alter their transfer policy and target young players this summer. 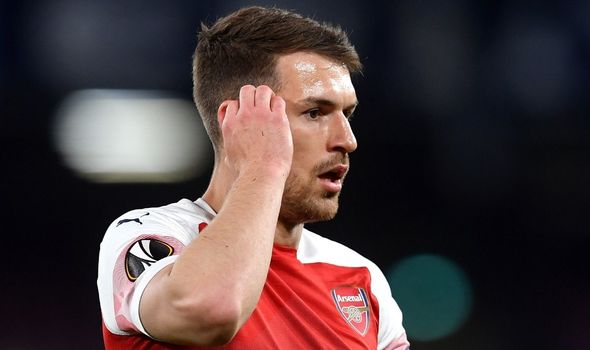 Ramsey recently opened up on his struggles with injury as he explained why things have not gone entirely to plan in black and white.

He said: “It’s been a pretty frustrating couple of years for me, picking up little injuries and not being able to get back to full fitness.

“It’s been a strange time in general, which hasn’t helped – arriving at Juventus with an injury, trying to get my fitness back, then you’re hit by a pandemic and we had to start again.

“It’s been difficult to get any consistency going, and that’s had an effect on me playing for Wales.”