As the Emir of Qatar draped a bisht around Lionel Messi, it closed a year when the veil actually slipped for football.

It was forced to confront so many realities it constantly tries to obscure, in service of the great show, but that it isn’t actually equipped to deal with. The repercussions from Vladimir Putin’s invasion of Ukraine ended what one European official described as football’s “game of pretences”, with that all part of the same international programme that involved the 2018 World Cup, the consequent need for fossil fuels only strengthening Qatar’s position for the most controversial World Cup ever held.

If these seem like big topics for a review of football in 2022, it is because this was genuinely one of the sport’s most momentous years, a true dividing line in history. Two eras closed, both of them interconnected.

One was the Qatar World Cup. It’s impossible to overstate how important this was, given that the preparations for the tournament weighed over, influenced and reshaped the game for 12 years.

There’s then that dual force that has driven the game from within for even longer. That is the rivalry between Messi and Cristiano Ronaldo, that has so raised standards, so pushed the game to new limits of sporting performance and commercial excess. The Argentine has now gone beyond. Messi has not just won, proving himself the better player, but won the World Cup, proving himself perhaps the greatest of all time. 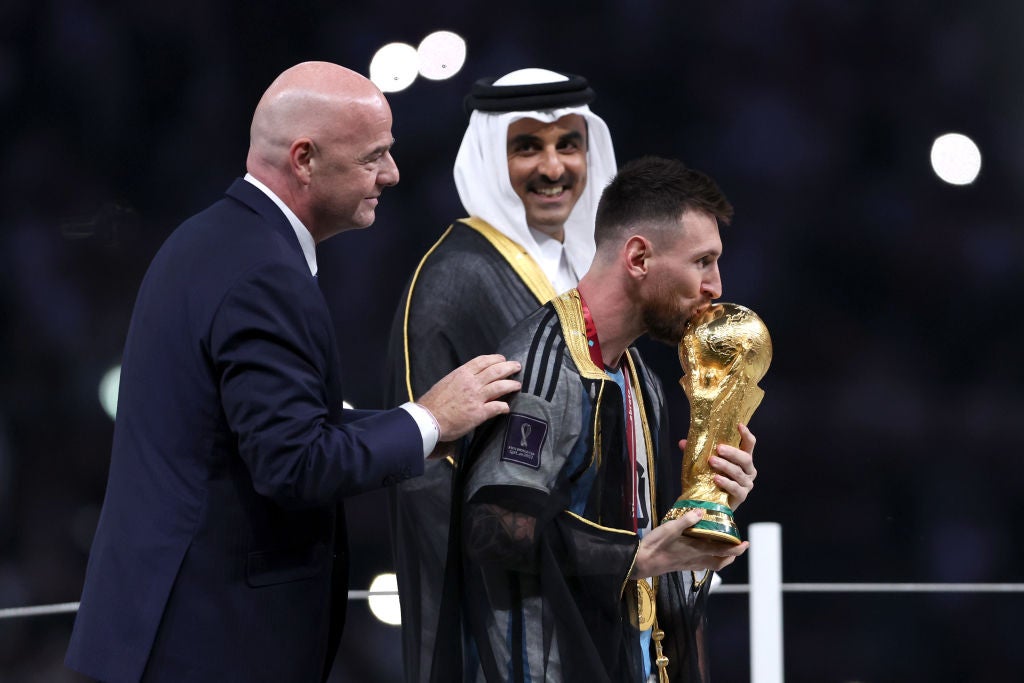 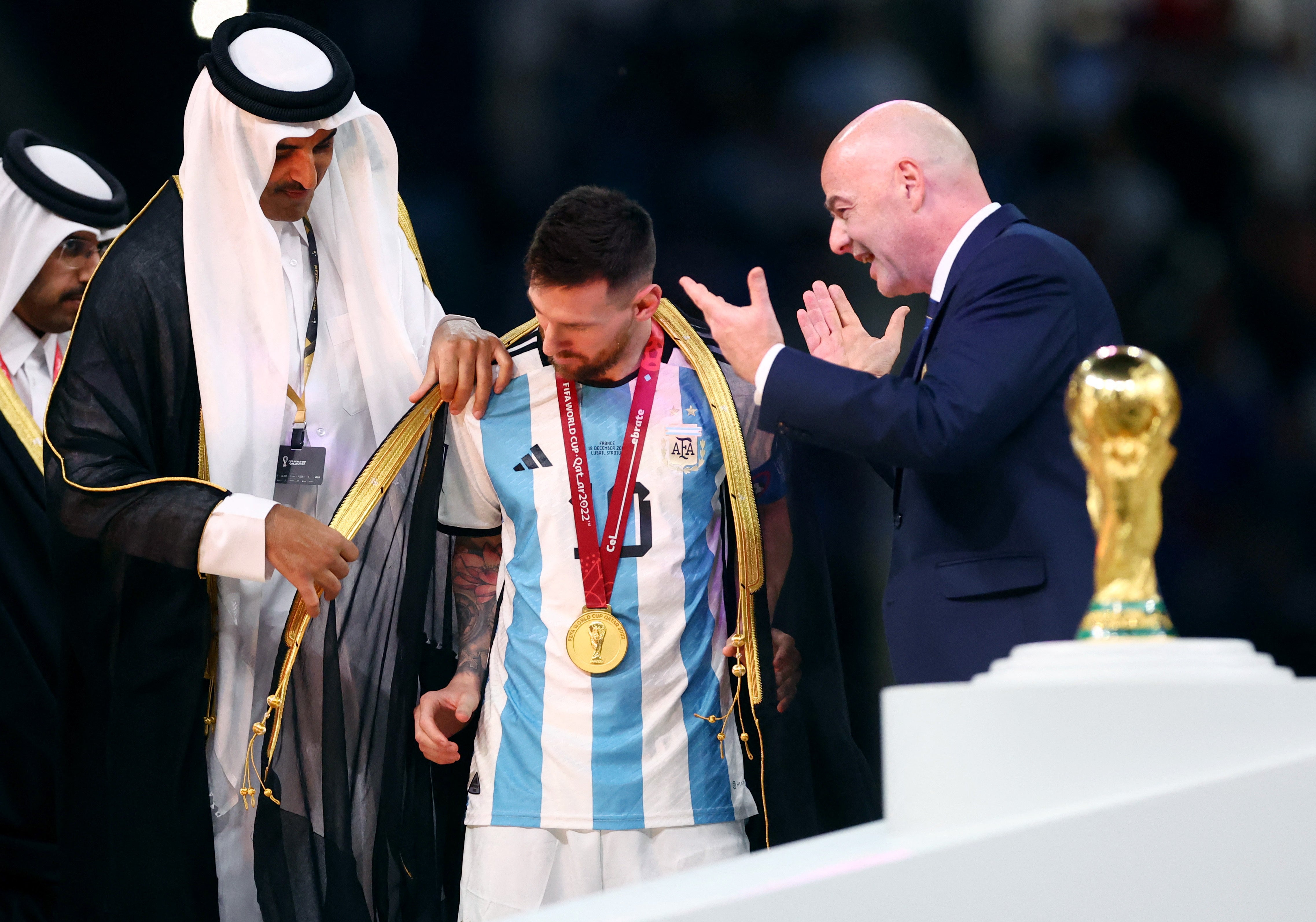 Ronaldo’s career at the top level meanwhile ends in ignominy, a victim of his own bad decisions, all based on personal glory. Messi has instead won with a true team that he nurtured.

As was said by the co-author of ‘Messi versus Ronaldo’, Joshua Robinson, a 15-year argument was settled in two weeks.

For all that the debate often plummeted depths, and how tedious it could be given the industrial fanatic complex about players, it should never be forgotten it was ultimately about the purity of sporting performance. 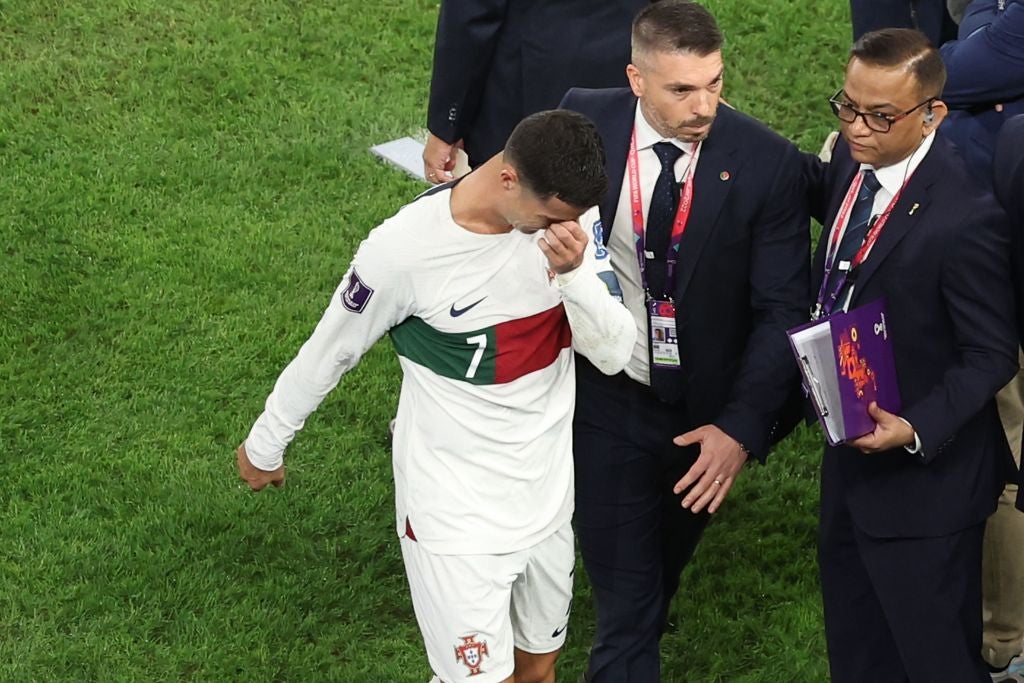 That shouldn’t be forgotten about 2022, either. It had so many landmarks in terms of the playing of the game itself, too.

The ending of that rivalry has ended perhaps the greatest storyline in football, too. Sport rarely allows figures like Messi to get the perfect ending their perfect ability deserves. There’s always that element missing, that narrative twist that leaves an element of epic tragedy to their careers; that keeps them as beautiful losers. Not Messi. He has completed the game. The story was fulfilled.

It was one of a few this year.

The England women’s team surging to European Championship victory was unique in itself, so many elements of it offering timely reminders of the purity of the game. Chloe Kelly’s goal was a much-needed moment of national celebration, that launched the team and the women’s game into a new era of their own. 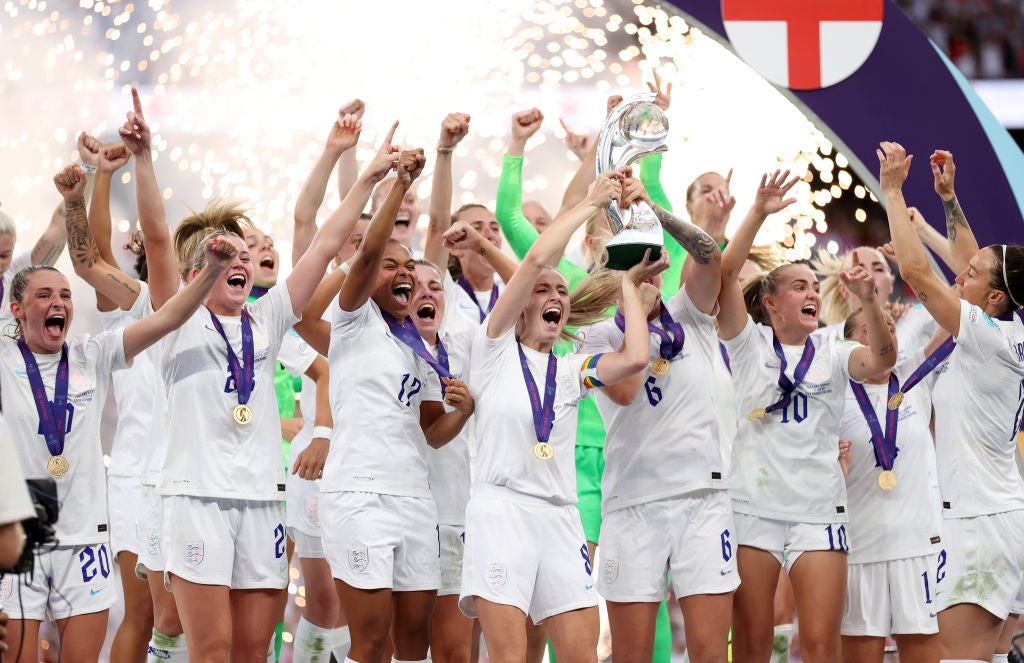 Gareth Southgate was meanwhile denied bringing this men’s era to fruition. That wasn’t for want of any inquest or grand failings this time, mind. Although England finished further away from the trophy than both 2018 and Euro 2020 given they went out in the quarter-finals, the manner they pushed France in a 50-50 game reflects how they are actually closer to victory. It’s just going to take those final steps for Euro 2024. They could do with looking at the current European champions of the club game.

Real Madrid’s Champions League run frequently reached the emotional and dramatic heights of the World Cup final, which must surely go down as the best in history. If it still seems incongruous to cast the most successful club in European history as some kind of protector of the game’s true values – especially given how they continued to agitate for a Super League – it cannot be overlooked that Carlo Ancelotti and his players clearly drew on their legacy; on their past and fundamental football glory. The players freely admitted to looking around the stadium in big games and realising, “This is Madrid”. The right sense of entitlement took over.

That was all the more powerful because they faced almost all of football’s new forces: Qatar’s Paris Saint-Germain, Abu Dhabi’s Manchester City and – at least at that time – Roman Abramovich’s Chelsea. 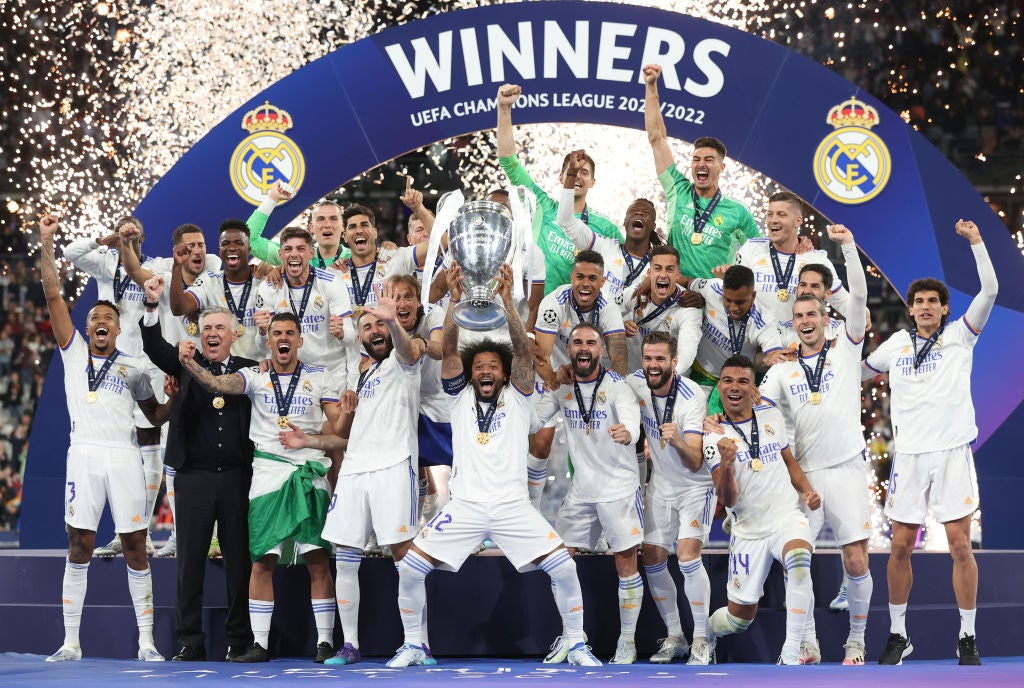 This was one way the wider realities of 2022 intruded on football’s fantasy images. Abramovich could no longer be celebrated as some benevolent benefactor, only ever interested in the game and his love of Chelsea. He was instead sanctioned as an ally of Putin.

It put Chelsea at genuine risk of going out of existence, in what should have been a warning to the wider game. This is what can happen when the veil slips.

It is a warning that was not heeded. So many people still talk of the relentlessness of Erling Haaland, the rampaging brilliance of Kylian Mbappe, the astuteness of Eddie Howe, without ever considering the nature of the sportswashing projects they work in. The Premier League currently looks in danger of becoming the sort of procession that Ligue 1 and the Bundesliga are, at least until Newcastle rise to City’s level.

The owners of Liverpool and Manchester United did heed other warnings, though, which made the Clearlake consortium’s purchase of Chelsea all the more surprising in context. This was the year when the American hierarchies at both of England’s most successful clubs confirmed they were up for sale, potentially setting another historic landmark in the game.

There does look at least some threat that Jurgen Klopp’s Liverpool project could be coming to an end, just as Manchester United try to rebuild with Erik ten Hag and without Ronaldo.

While these decisions were mostly based on the economic climate, the uncertainty around a European Super League has been described by well-connected sources as an undeniable influence. 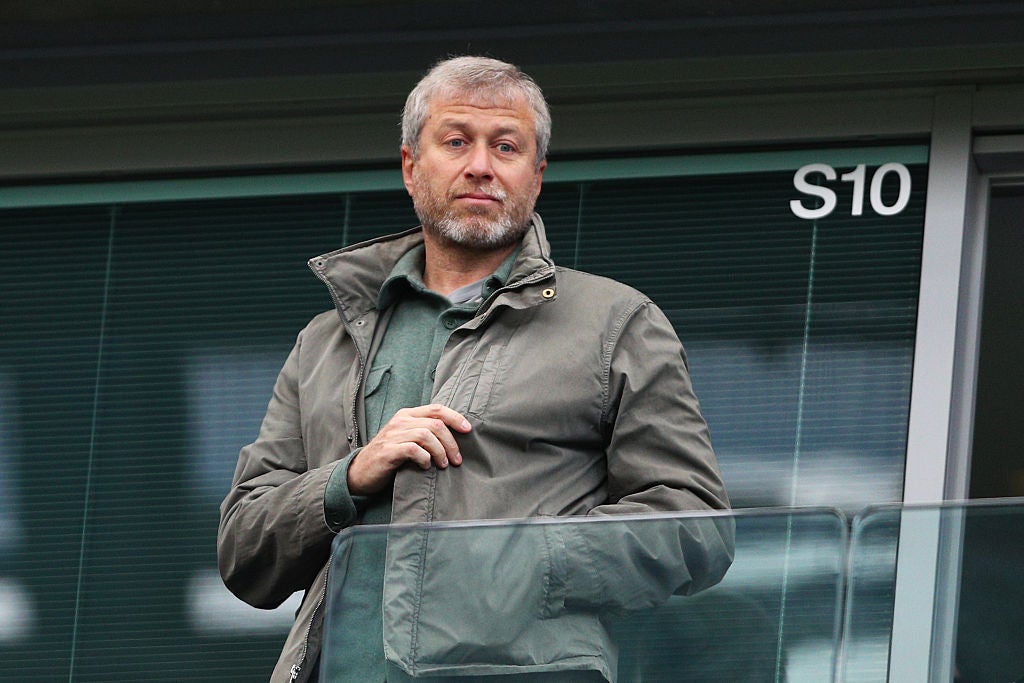 That project looks to have finally been killed, at least in this form. The European Court of Justice’s Advocate General, Athanasios Rantos, counselled that the status of sporting governing bodies should be protected, only strengthening the position of Uefa and Fifa as the safeguards of the game. Many might see that as ironic. It is still “unprecedented” and “historic”.

With the Advocate General’s opinion is almost certain to be adopted by the European Court of Justice in spring 2023, it means Real Madrid, Barcelona and Juventus will have to reconvene and come up with new plans.

Barcelona might have to reconsider one of the most rash business plans football has seen, after a summer that genuinely shocked football.

While figures at Camp Nou can’t be excused for their own decisions – especially given this is the football world they created – all of this came in a context when they are trying to keep up with sportswashing projects, when greater forces are transforming the very structure of the sport. You don’t need a Super League for that.

In the case, it was put to the three agitator clubs why don’t they just leave the Fifa/Uefa football umbrella, since they had the funds. There was no answer.

It does leave the question hanging there, especially as the year ends with a clear split growing between the two bodies, with neither looking capable of addressing core problems in the sport from financial inequality to competitive balance.

They have instead almost been facilitators of these issues, in yet another battle for supremacy.

That is because of the immense and increasing commercial and social power of the sport. There are fair estimations that, even after the human rights and sportswashing controversies, the 2022 World Cup was the most watched event ever.

That is what these states and so many other forces want to buy.

It is why, as 2022 closes, the game has never been so healthy in terms of popularity and the manner in which it is played, but never so rotten in terms of everything else around it.