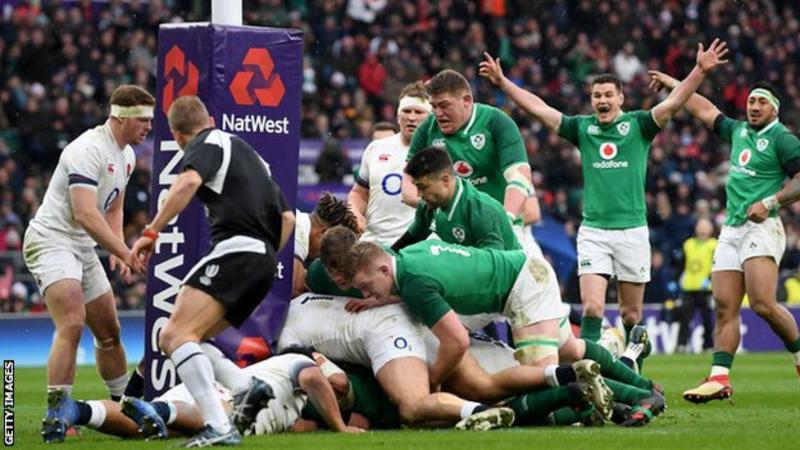 Tries can no longer be scored by grounding the ball against the posts, World Rugby has announced.

The increasing size of post protectors, for safety reasons, meant it had become “difficult for teams to legally defend this area”, said the global governing body.

The change is effective immediately.

“World Rugby’s mission is to make the game as simple, safe and enjoyable to play as possible,” chairman Bill Beaumont said.

“This law amendment reflects that mission. By stipulating that an attacking team can no longer score against the post protector and therefore must ground the ball in-goal, this gives defending teams a fair chance of preventing a try from being scored.”

In some extreme cases, in an attempt to reduce the area in which a try could be scored, post protectors had been lifted or moved by defending teams, leaving the posts exposed and creating an increased risk of injury.

There had been calls for the law to be changed last November after Edinburgh’s Pierre Schoeman lifted the post protection almost a metre above the ground in a Guinness PRO14 match with Munster – an incident that was described as “highly dangerous”.