CHRIS FOY: Rugby started and ended 2021 with Covid postponements and empty stands, but it will be remembered for Wales’ glory and a Lions letdown

It began with mass postponements and empty stands and sadly that is the way this year is ending as Covid wreaks havoc.

But along the way there was a gradual return of crowds and loud, grand occasions. There was plenty of high drama and tedium too; matches and moments to savour, along with others to lament and forget.

Here is a reflection — part serious, part light-hearted — on some of the stand-out events over the last 12 months.

Doubts emerged about the Lions tour and officials started going round in circles — debating whether to go to South Africa, switch to home fixtures or take up a hosting offer from Australia. European weekends were scrapped on Covid grounds.

Players were ordered not to celebrate tries — just after they’d started scoring them again. Paul Gustard left Harlequins (it was ‘by mutual consent’, honest), at which point Marcus Smith stopped seeking a move to Bath. Quins won their next game 49-17 at Wasps. 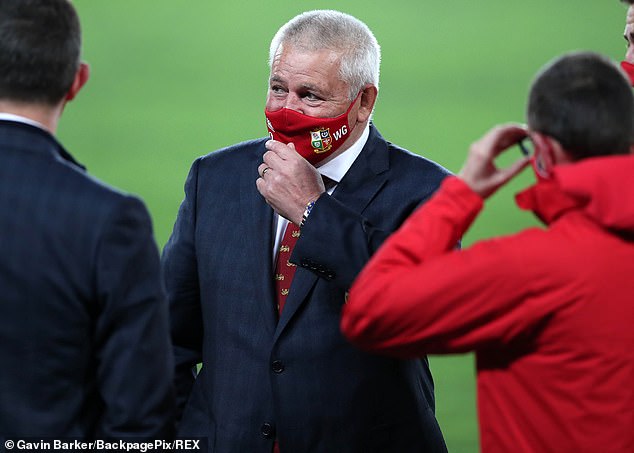 The Six Nations went ahead in bubbles and near-silence. England persisted with familiar players but didn’t have familiar Calcutta Cup success at home — losing to Scotland at Twickenham for the first time since 1983, when Eddie Jones was a rookie hooker at Randwick.

France’s Covid outbreak caused a backlash as head coach Fabien Galthie left the team bubble and his players went out for waffles in Rome. An in-house inquest exonerated them all, predictably. Wales kept beating 14 men, as both Ireland and Scotland had players sent off against them. They went on to dispatch England who somehow kept 15 players on the field despite a valiant attempt to break the world record for penalties conceded in a Test. 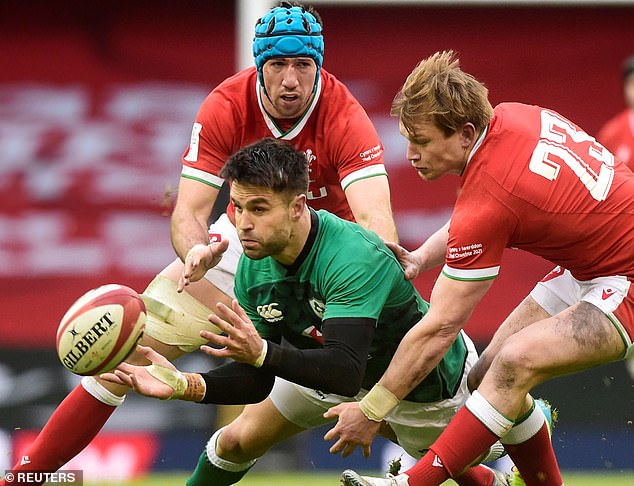 Welsh fans had to throw away their Wayne Pivac effigies as he completed a villain-to-hero transformation by claiming the Six Nations title. There was no Slam though, as Brice Dulin’s last-play try in Paris denied Wales a clean sweep. Eddie Jones came under pressure after England finished fifth, above only the hapless Italians, who continued to monopolise the wooden spoon.

The RFU’s Six Nations review concluded there was no need for a new head coach but there was urgent need for more leg power. The report stated: ‘Breakdown indiscipline — improvements required including lower-body strength and appropriate skill modifications.’ 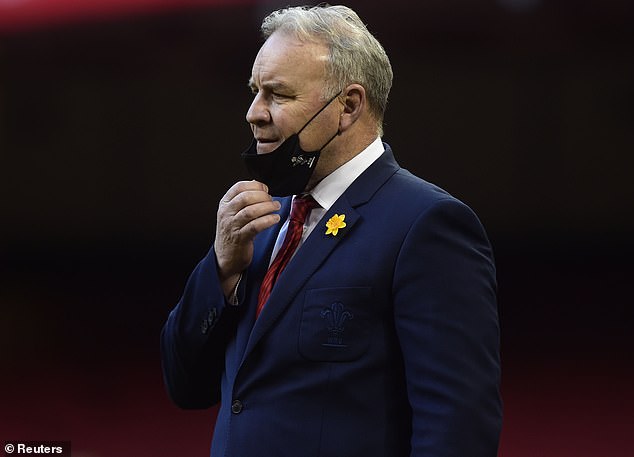 Warren Gatland named his Lions squad and, as ever, each home nation found some cause for outrage. Alun Wyn Jones stole the show when the captain turned up at the announcement as a baffling hologram. The Lions ‘blazers’ finally decided to go to South Africa. The Six Nations announced a deal to remain on terrestrial TV in a shock outbreak of common sense. Toulouse conquered Europe yet again and Leicester were edged out in the Challenge Cup final.

Bristol finished top of the Premiership table, which carries no prize these days, but should do. Joe Marler arrived by helicopter to help Harlequins rally from 28-0 down to beat Pat Lam’s Bears 43-36. Sale’s loss at Exeter prompted Rohan Janse van Rensburg to tell centre partner Manu Tuilagi they should go on a diet together.

Benetton struck a blow for Italian rugby, thrashing the Bulls from South Africa 35-8 in the Rainbow Cup final. Harlequins won the Premiership final by beating Exeter 40-38 in front of a crowd limited to 10,000. The English elite announced ring-fencing until 2024, at least. How cosy. 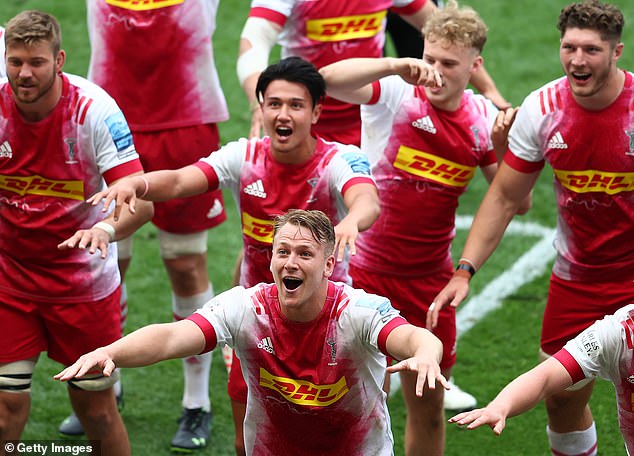 Bristol finished top of the Premiership back in June, which carries no prize these days

The Lions tour was soon in jeopardy, with Covid surging across South Africa and civil unrest in Gauteng and KwaZulu-Natal. Somehow, the event went on. Alun Wyn Jones joined the touring squad after a ‘Lazarus’ recovery from a dislocated shoulder. The Lions won the first Test, then Rassie Erasmus’s hour-long video rant poisoned the mood.

The Lions slumped to a series defeat in Cape Town. We’d seen this movie before — scores level with seconds remaining, then Morne Steyn wins it from the tee for the Boks. The veteran fly-half repeated his feat from 2009 after the daring brilliance of Finn Russell had brought some light amid the gloom. The Lions hierarchy immediately backed Gatland to lead the next crusade in 2025, just as he was about to start a fortnight in quarantine at Auckland airport. Quade Cooper marked his return from Test exile by scoring 23 points as Australia beat South Africa. 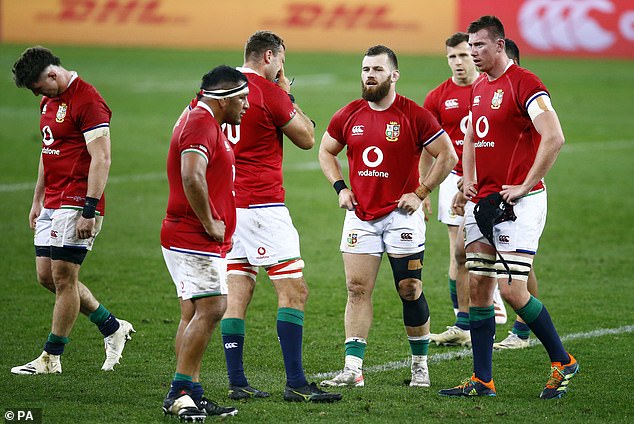 With much fanfare the World 12s concept was launched. It had a nice logo and lots of well-paid ambassadors. What it didn’t seem to have was a supply of available players and a viable ‘window’ in the crowded calendar.

Eddie Jones confirmed the revamp of his coaching staff by appointing Richard Cockerill, Martin Gleeson and Anthony Seibold — marking a renewed outbreak of Englishness in the England management.

The Springboks reasserted their status as world champions by beating New Zealand 31-29. Quins stunned poor Bristol again — this time they let the Bears have a 21-0 lead before beating them 52-24 at The Stoop. Male players were cleared to wear leggings as a means of avoiding burns caused by artificial surfaces. At first there was resistance until Jonny May started a cover-up trend. Leicester kept winning. Bath kept losing (with Saracens putting 71 points on them at the Rec). 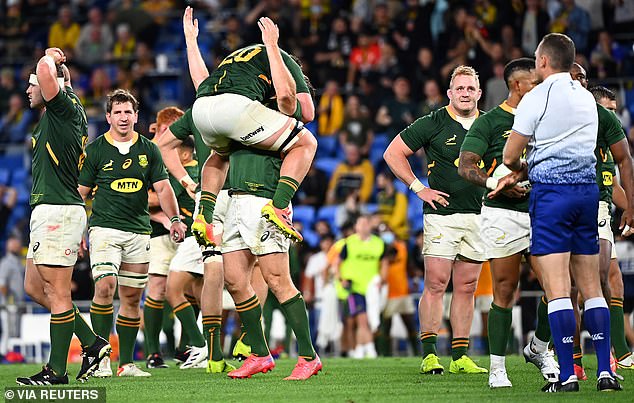 World Rugby had an epiphany and voted to change eligibility rules so players can switch countries. Samoa and Tonga geared up to unleash a mob of galacticos. Leicester kept winning. Bath kept losing.

France’s new captain, Antoine Dupont, was named world player of the year. Quite right, too. It would be no shock to see him lift the World Cup in 2023.

Cardiff had to field part-timers after fleeing Omicron in South Africa. A club groundsman, teacher and quantity surveyor did them proud against Toulouse and Harlequins. Chris Ashton left Worcester, meaning his ‘splash’ may not be seen in these parts ever again. European fixtures decimated by more Covid chaos.