The Wallabies say they’re not worried about French referee Mathieu Raynal’s involvement in another Bledisloe match after a controversial end to last week’s Test in Melbourne that the men in gold are using as motivation heading into a clash at Eden Park.

Raynal penalised Wallabies No.10 Bernard Foley for wasting time in the dying stages of the opening Bledisloe match last Thursday before New Zealand scored the match-winner shortly after. The decision came out of the blue and cost the Wallabies a chance to take a 1-0 series lead to Auckland, where they have not beaten the All Blacks for 36 years.

World Rugby is backing its man despite the controversial decision, labelled by some former players as the worst they’d seen.

Raynal was appointed in July as an assistant referee for Saturday’s Bledisloe match, and despite fierce backlash, World Rugby has decided against making a change.

Rugby Australia has not received any feedback from World Rugby after asking for a “please explain”.

“It doesn’t really matter that he’s going to be a touchie,” said Wallabies halfback Jake Gordon. “We’re obviously really disappointed with how the game finished. We really need to control what we can there.

“We know what we’re getting ourselves into. We’ll be ready to go.” 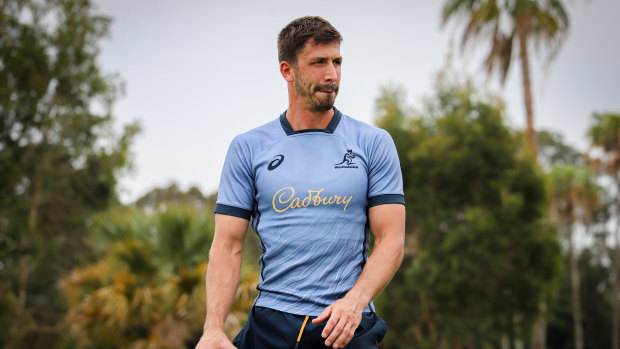 Instead of drawing a line in the sand and forgetting about last week’s bizarre finish in Melbourne, the Wallabies have vowed to channel their frustration and anger into a stirring performance at Eden Park.

Sporting professionals are normally encouraged to have the memory of a goldfish as they move from one match to the next, quickly leaving the past behind.

Players tend to insist the team has moved on but Gordon sees value in using the pain as motivation following the 39-37 loss.

“I definitely think we channel that frustration,” Gordon said. “It’s pretty clear that we’re all bitterly disappointed by how that result finished. We’ve got to channel it in the right way.”

Wallabies forward Jed Holloway, who could switch to the back row to cover the loss of injured No.6 Rob Leota, echoed Gordon’s views.

“We’ve just got to lick our wounds and go again,” Holloway said. “There’s no lack of motivation after the weekend.

“We had to really channel the motivation throughout this week. It’s definitely there. The boys can’t wait to rip in. We were hurting, but we’ve used that as motivation. We had to channel that and make sure that the edge that we bring comes out on Saturday, as opposed to Tuesday or Thursday at training.” 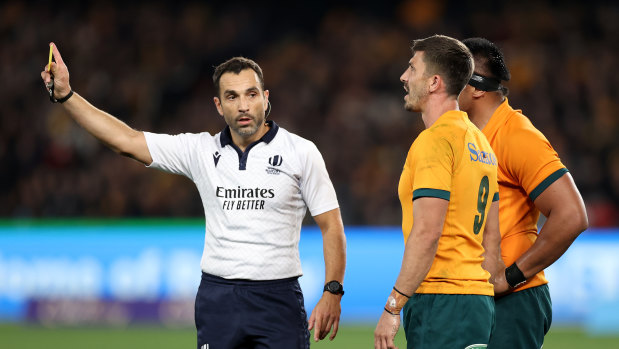 Gordon said he felt comfortable with No.10 Bernard Foley outside him last week in the pair’s first start together in those positions at Test level.

However, despite Foley being likely to retain his spot, Noah Lolesio is back at training this week after his concussion against South Africa and eligible for selection.

Watch every match of The Rugby Championship on the Home of Rugby, Stan Sport.