Collingwood have poached respected Geelong recruiter Troy Selwood to bolster their list management team as they look to reshape their list beyond 2020.

The former Lions player will have a dual list management and recruiting role that is more skewed towards recruiting and is not a direct replacement for recently departed list manager Ned Guy.

Collingwood have been undermanned in recruiting since making major cuts during the COVID-impacted 2020 season and have been looking to add resources to support national recruiting manager Derek Hine. 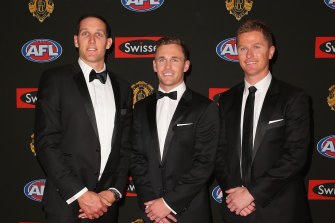 Selwood has been at the Cats since 2011 and began in the talent ID role in 2017 under highly regarded recruiting manager Stephen Wells. He was involved with Wells in drafting Tim Kelly to the club as well as a raft of younger players including Cooper Stephens, Max Holmes and Brad Close.

Wells took time off to consider his future earlier in the year with the list management role being shared by Simon Murphy and premiership player Andrew Mackie.

Graham Wright, a former list manager at the Hawks before becoming their football manager, has been handling the list management role after Guy’s resignation.

The Magpies copped heavy criticism for the way they handled the trade period, which led to the departure of Adam Treloar, Jaidyn Stephenson, Tom Phillips and Atu Bosenavulagi in a fire sale to solve salary cap problems.

They are likely to secure highly rated father-son prospect Nick Daicos in this year’s draft but have already traded out their first selection.

Troy’s brother, Scott is a development coach at Collingwood having joined the Magpies from Geelong at the end of 2019.

He joins the club during a tumultuous year with ongoing speculation of a potential board challenge to topple president Mark Korda.