Toronto Wolfpack chairman Bob Hunter is confident of meeting a Super League deadline of August 31 to find new owners for the Canadian club.

The Wolfpack pulled out of the league a month ago after Australian owner David Argyle ran into financial difficulties caused by the coronavirus pandemic and the club subsequently had their participation agreement terminated.

Super League restarted with an 11-team competition but Hunter says Toronto are keen to return for 2021 and are currently negotiating with three prospective buyers.

“We are working very hard and aggressively to see if we can present a new owner in the next week to 10 days,” Hunter told the PA news agency. 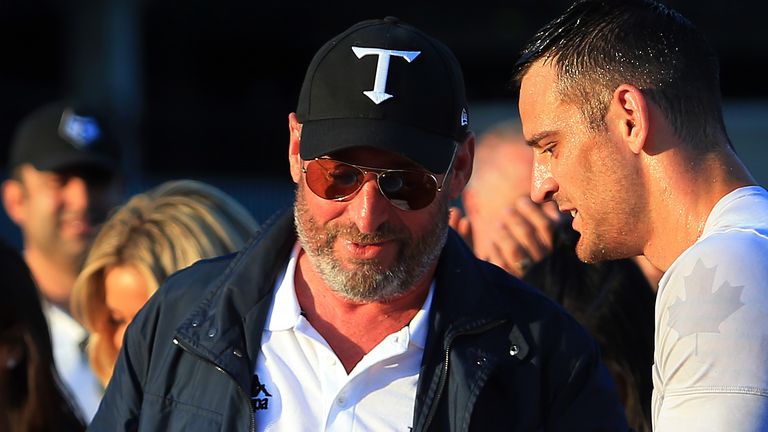 “We’re still working officially with three different groups but one owner is getting closer to the top.

“We have been asked by Super League to make that presentation, along with a full set of financial supporting documents, to them by the end of this month and we’re still focused on that target date.

“I think we can meet the deadline.”

Hunter says talks are “delicate” but all three bidders have the aim of keeping the club in Toronto.

The club received a barrage of bad publicity after players revealed they have not been paid for three months and several have found new clubs, including marquee pair Sonny Bill Williams and Ricky Leutele, but Hunter believes they could be tempted to return under new management.

“We deserve the bad publicity,” Hunter admitted. “I wish I could say it’s unfair or people are being unreasonable but we put ourselves in a very precarious position and put our players and staff in an even worse position.

“That’s why David Argyle has stepped away. Those resources are just not there night now. “As well, though, we are working hard on trying to catch up financially and we’re hoping that sometime within the next couple of weeks we will be able to resolve this and get back in line.

“If we are able to put this new ownership group in place and show financial stability to the league and to our own players, I believe the majority of those under contract will want to remain as Toronto Wolfpack players.

“But you’ve got to be able to prove that the horror story that we’ve put them through over the last three months won’t repeat itself.

“I know that Sonny Bill wants to come back and I think Ricky at the end of the day would like to come back but, if they came to us with other offers to play for another team, we would try and work that out to both side’s satisfaction.”

Toronto-based Hunter, who is also chief executive, says he is hoping to stay involved with the club under new ownership.