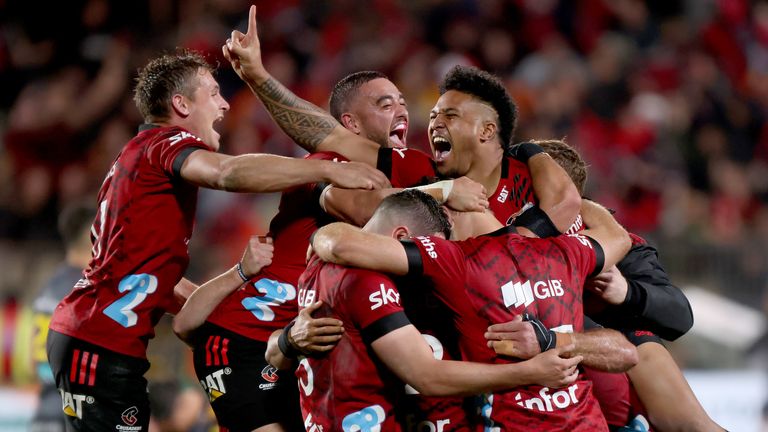 The Crusaders had to scrap for it but overcame a courageous Chiefs side 24-13 in a thrilling final to retain the Super Rugby Aotearoa title at their Christchurch Stadium fortress on Saturday.

A packed house was treated to an exhibition of the best of New Zealand rugby from both sides before the hosts secured a 12th Super Rugby title, a second in the domestic edition and a fifth in a row.

Winger Sevu Reece and full-back Will Jordan scored tries in the first 16 minutes but thereafter the Crusaders – reduced to 13 men in the second half – had to rely on the boot of fly-half Richie Mo’unga to keep the Chiefs at arm’s length.

Damian McKenzie scored all the points for the Chiefs with a converted try and two penalties but the full-back will rue his usual accuracy from the tee deserting him for a period around half-time when he missed three shots at goal. 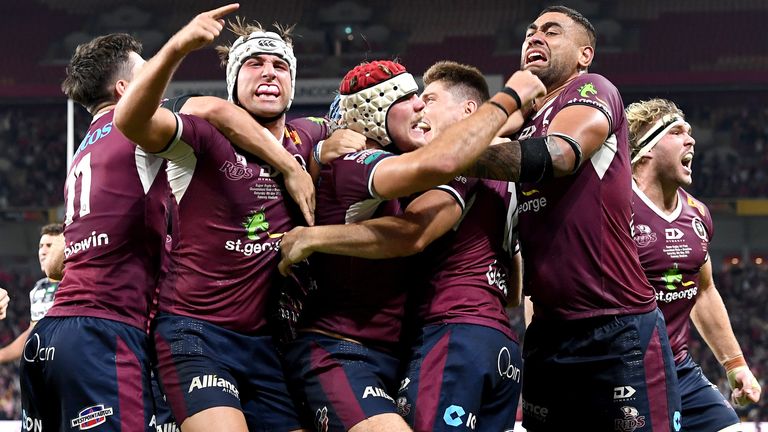 Skipper James O’Connor scored the winning try five minutes after the final hooter as the Reds beat the Brumbies 19-16 to win the Super Rugby AU final in front of more than 40,000 fans at Lang Park in Brisbane.

The biggest crowd for a rugby match in the world this year gathered anticipating the coronation of Brad Thorn’s young side but the Brumbies almost spoiled the party with a mature display of percentage rugby.

Leading 16-12 but reduced to 13 men with two players in the sin bin, the reigning champions resisted surge after surge at their line in the final 10 minutes before the Reds finally moved the ball wide for O’Connor to score.

The last-gasp victory gave the Reds a second Super Rugby title a decade after their first, when they beat Thorn’s Crusaders at the same stadium.