England are ready for battle with Wales captain and wind-up king Alun Wyn Jones ahead of Six Nations clash, as Eddie Jones claims he has ‘targeted’ players in the past

England are once again on a state of high alert about the threat of a Welsh wind-up campaign, led by their influential captain and antagonist-in-chief, Alun Wyn Jones.

Eddie Jones and his squad made the journey to Cardiff yesterday knowing that they may not have to contend with hostility in the stands but, in keeping with tradition, there will be plenty of it on the pitch.

The 35-year-old Wales skipper has proved to be highly effective with his shrewd, tactical provocation during past English visits and the squad will be on guard for more of the same. 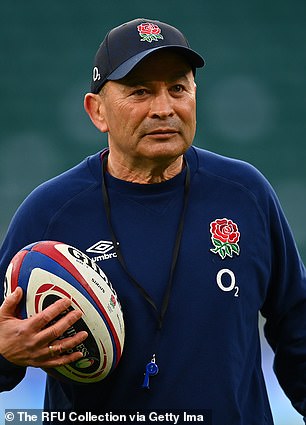 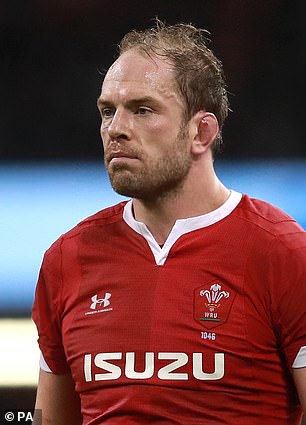 Two years ago he managed to get under the skin of England prop Kyle Sinckler to such an extent that the Lions tighthead had to be taken off, in danger of completely losing his head.

While Sinckler used that uncomfortable experience of being singled out to aid his personal development, Eddie Jones knows his players must be prepared for the goading that awaits them.

‘He’s an experienced campaigner who has a good relationship with the referees.

‘At times he has targeted players in our team.

‘We have spoken about him and we understand what he will be trying to do. It’s just about making sure we maintain our composure and our control.’ 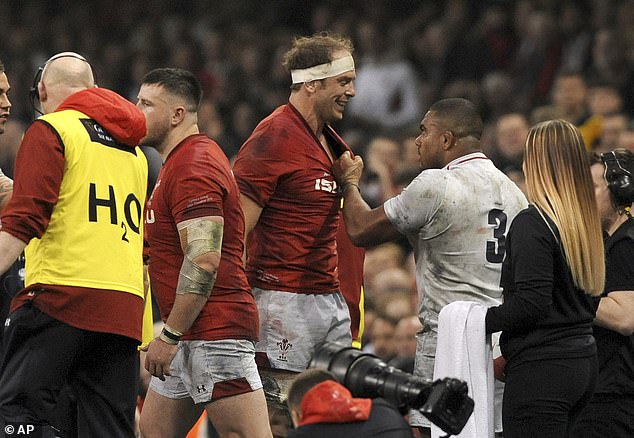 The nous of Alun Wyn Jones will force England to prove they can keep their heads and Eddie Jones added: ‘We are evolving into a more street-smart team, but the game is about pressure situations.

‘While we like to think we can handle every pressure situation, we can’t. I’m sure Alun Wyn Jones is going to be looking for those situations and we’ll have to deal with them.’

At the other end of the experience scale, Wales have a rookie out wide who is capable of causing England all manner of problems.

Gloucester wing Louis Rees-Zammit is enjoying a breakthrough Six Nations campaign and has been feted since scoring a stunning try in the win over Scotland earlier this month, but Eddie Jones offered a cautious assessment of his early impact. 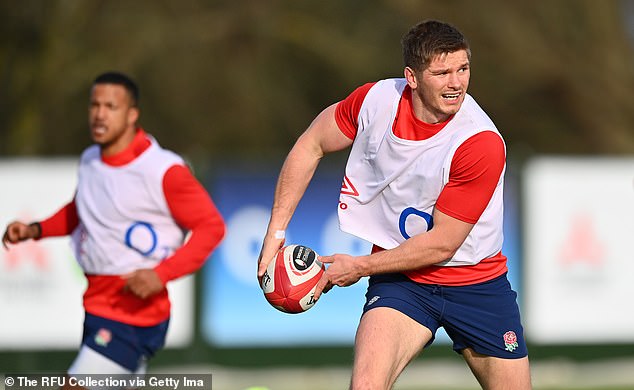 ‘But he is a player we are going to have to watch closely when he has the ball. We know he has got good feet and good pace. We respect him a lot.’

England captain Owen Farrell also paid tribute to Alun Wyn Jones and spoke of ‘off-the-ball stuff’ in reference to his opponent’s knack for effective antagonism. ‘To deal with it as a whole, rather than as individuals, is the most important thing,’ he said.

But Wales head coach Wayne Pivac dismissed suggestions his team would be engaging in dirty tricks, saying: ‘I don’t think any of that’s going on this week.’

Of his decorated captain, he added: ‘Al is definitely a barometer from a coaching point of view. He’s getting better with age. Honestly, if you saw him at training you’d think his birth certificate has been altered. He’s been on the money this week — hopefully that puts us in good stead for the weekend.’

Pivac joked about his step-daughters craving an audience with Rees-Zammit, saying: ‘He seems to be a sensation with youngsters… and a few grandmothers, from what I gather! 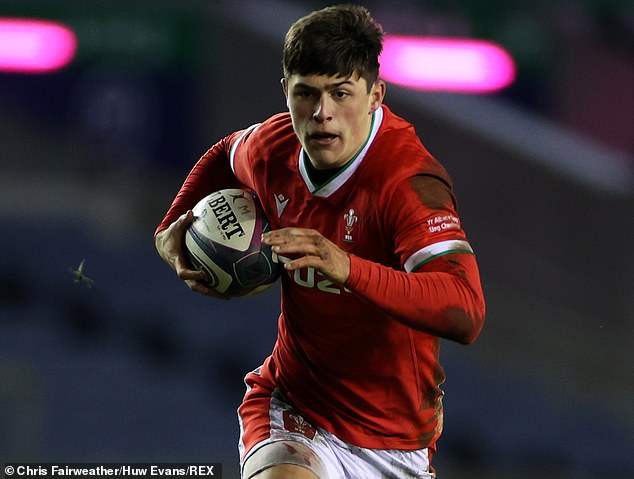 ‘He’s a good-looking young man, he’s burst on to the scene and is fulfilling a lot of promise. He’s still 60, 70 per cent of the final Louis Rees-Zammit which you are going to see over time. For him and us, that’s exciting.’

Eddie Jones has reinstated Jamie George in England’s starting XV, while Courtney Lawes suffered a pectoral injury in training on Wednesday, so Mark Wilson is at blindside flanker. Leicester forward George Martin, 19, who can play as a lock or in the back row, has been fast-tracked into the match-day 23.

Once again, certain England stalwarts have been retained in defiance of recent form. Farrell is one and he said of another, Billy Vunipola: ‘He has got plenty more in him. We have seen a brilliant side to him in training. I know he will be ready to show that on Saturday.’

As reported by Sportsmail yesterday, Pivac has reshuffled his back line, with George North recalled to win his 100th Test cap in a midfield alliance with Jonathan Davies.

Kieran Hardy is given a first Six Nations start at scrum-half, Josh Adams returns on the wing and Liam Williams switches to full back. Up front, the Welsh back row is reinforced by Josh Navidi at blindside.