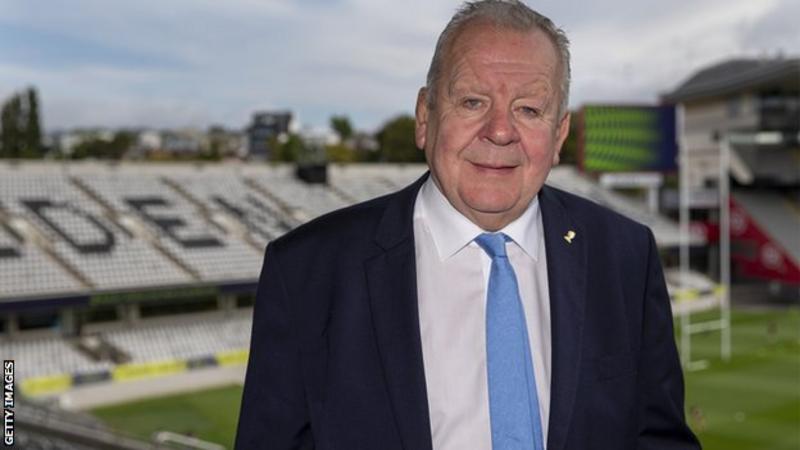 World Rugby boss Sir Bill Beaumont says he is confident a revised Nations Championship will be launched in the aftermath of the coronavirus pandemic.

Plans for a revolutionary world league were abandoned last year after World Rugby were unable to gain unanimous support from unions.

But Beaumont says the current health crisis has acted as a “reality check” for the game.

“You are pretty foolish if you don’t learn lessons,” said Beaumont.

Speaking to BBC 5 Live’s Guest List show, he said: “In the past where people have been quite protective about what they have got, I think what we are looking at now is that this is probably a reality check in the sport [in terms of] are we doing things correctly?

“There is a real feeling I get now that there will be some variant of the Nations Championship that will come back on the table.”

A Nations Championship would see the results from regular competitions like the Six Nations and the Rugby Championship count towards a league, as would ‘home and away’ cross-hemisphere matches.

RFU boss Bill Sweeney has already floated the idea of England touring Japan in October before welcoming sides to Twickenham the following month, and the concept of back-to-back tours could provide a template for the future.

While a revised Nations Championship would be unlikely to include promotion and relegation in the short term – a major sticking point for some Six Nations unions in particular – aligning the northern and southern hemispheres to create a global calendar is a matter of urgency according to Beaumont, who has hailed the “spirit of collaboration” across the rugby world during the pandemic.

“I think it’s one of those situations where everyone is in it together,” he added.

“We are facing these challenges and the timing is not great but we have to think about people who are really suffering at the moment and our thoughts are with them.

“When the government tells us we can resume play then that’s what we will be endeavouring to do.”

‘I’ve still got the passion for the game’

The former England captain is standing for another four-year term in next month’s elections and is up against current World Rugby vice-chairman Agustin Pichot, a dynamic personality who has vowed to shake up rugby union’s establishment if he gets the top job.

But Beaumont says he personally has unfinished business in the role and has vowed to deliver on his manifesto promises if re-elected.

He also says plans are taking shape to create a strong second-tier global competition that will involve teams outside the Six Nations and Rugby Championship in order to grow the sport at all levels.

“I’ve got an enormous passion for this game and think there are still things I would still like to do, such as getting a better global calendar,” Beaumont explained.

“When I look back over the last four years there are plenty of things that I think have been good. We have over 30% of our council women, and we have the law changes we have done around the tackle for instance.

“[But going forward] I just think [the priorities are] the Nations Cup and the global season, but also expanding this game, and taking this game out to areas where we haven’t been strong.

“We have to make our game accessible to anybody.”