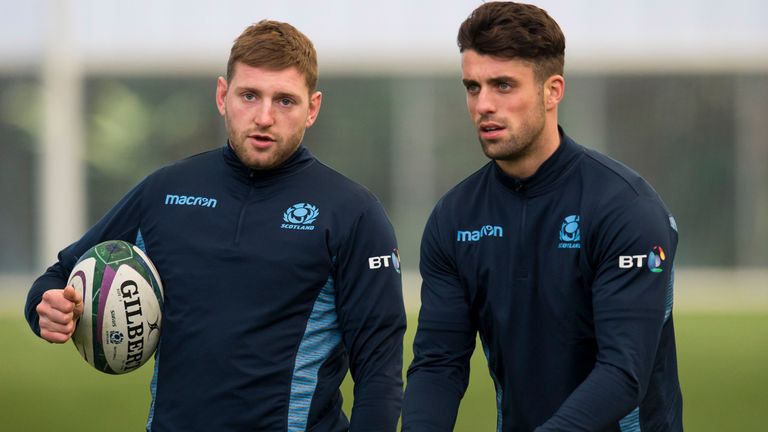 Scotland’s Autumn Nations Cup hopes have suffered a major blow after Gregor Townsend confirmed stand-offs Finn Russell and Adam Hastings have both been ruled out with injury.

In a further setback, Glasgow Warriors playmaker Hastings is unlikely to feature at all during next year’s Guinness Six Nations campaign.

Racing 92 player Russell suffered a groin injury as he made his first start for the Dark Blues in over a year during Saturday’s win over Wales in Llanelli.

The 28-year-old was replaced by Hastings, 24, but he did not finish the 14-10 victory in the final game of this year’s delayed Six Nations either after suffering a dislocated shoulder.

The Scots kick off their Autumn Nations Cup campaign away to Italy a week on Saturday before also taking on France and Fiji in the one-off eight-team tournament.

Skipper Stuart Hogg ended last weekend’s victory – the Scots’ first in the principality since 2002 – in the No 10 slot but the Exeter full-back has already admitted he would prefer to stay in the back-three, meaning Worcester’s Duncan Weir could be handed a recall after his last start came against Ireland in March 2016.

Scotland open their Six Nations campaign away to England on February 6.