Saracens 40-17 Exeter: Sarries thrash youthful Chiefs side as Manu Vunipola fills the shoes of the absent Owen Farrell in preparation for European tie with Leinster

Saracens warmed up for their Champions Cup quarter-final with Leinster by thrashing a youthful Exeter at Allianz Park.

Manu Vunipola eased fears over the absence of the suspended Owen Farrell for that game, kicking 15 points and creating two tries from fly-half.

Exeter, having already sealed a home Premiership semi-final, made 15 changes for this match with their own European tie against Northampton to come and saw their seven-game winning run end. 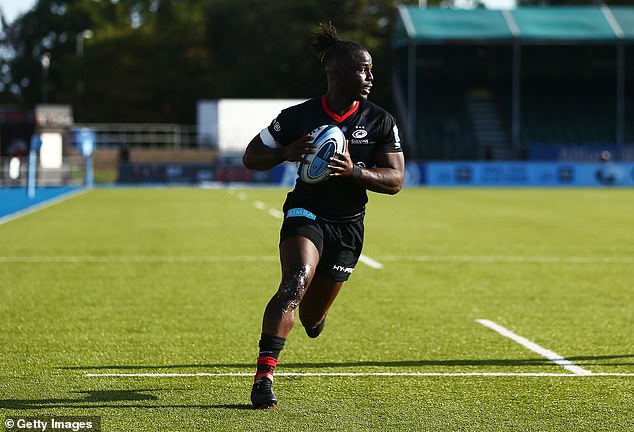 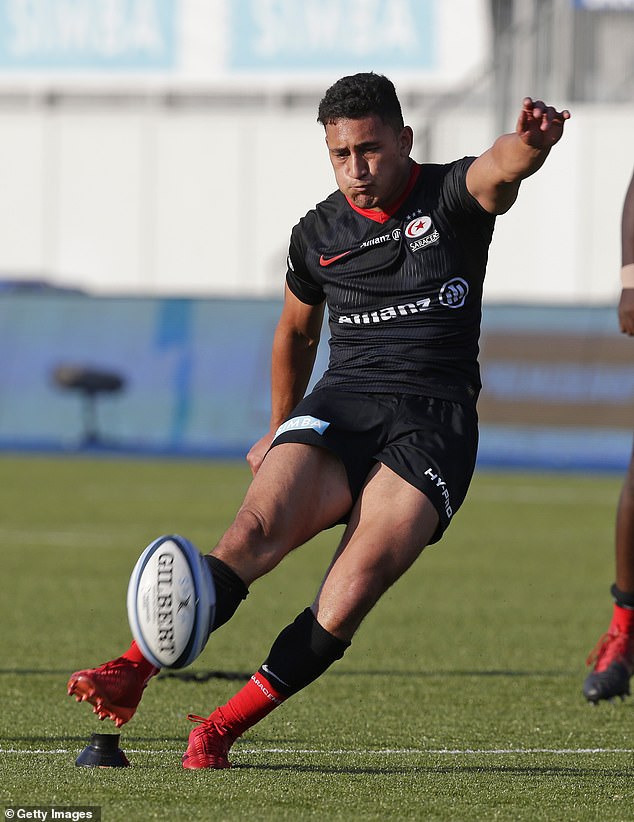 These sides have played out some of the most high-profile domestic games in recent history, contesting three of the last four Premiership finals with at least one of these teams featuring in each final since 2014.

The rivalry will be put on hold after this season with Saracens relegated for salary cap breaches, but their rivals will now spot an opportunity to carve out their own legacy.

There was considerably less prestige around this game – the board outside the ground’s entrance did not even bother to list Exeter as today’s opponent, while advertising banners still heralded games that were held in March.

After seeing his already-relegated side run in five tries, Sarries boss Mark McCall said: ‘Manu played well today with real control and real composure and made a lot of good things happen. I have no question he will be involved with the squad for Saturday.’ 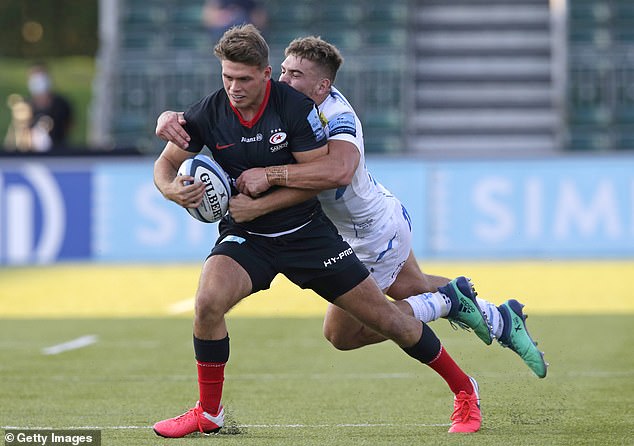 Exeter, having already sealed a home Premiership semi-final, made 15 changes for this match

The sides exchanged tries early on, Vunipola spinning it wide for Rotimi Segun before Phil Dollman teed up Facundo Cordero to level, although both conversions bounced off the upright.

Vunipola also saw a penalty strike the post, but slotted a penalty to re-establish the lead.

Despite the continued absence of supporters, the Sarries backroom staff and replacements were consistently vocal in cheering every hit and turnover their young charges made. 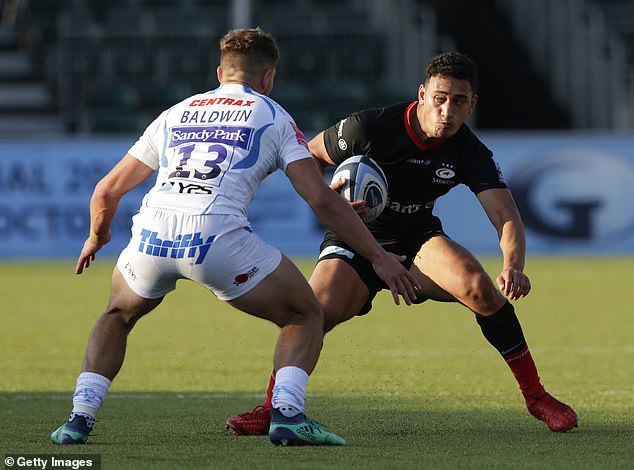 The impressive Dom Morris had one try ruled out after illegally stripping young Josh Hodge of the ball, before finally registering by scything through for a 15-5 half-time lead.

Will Witty then drove over to reduce the deficit either side of two Vunipola penalties, but the 20-year-old settled the game with a cross-field kick for wing Elliott Obatoyinbo to race in.

Janco Venter and replacement Cameron Boon sealed the bonus point but Exeter’s Dave Dennis had the last word in what may be the teams’ last meeting for a while.

Exeter head coach Rob Baxter said: ‘It would be a ridiculous excuse if I said today would have a negative effect on Sunday, that would be poor as a coach.’