A leading neurophysiologist has questioned why dangerous tackles in the AFL are classified as “careless” and not “intentional” conduct, coming after Greater Western Sydney ruckman Braydon Preuss was handed his second tackling ban of the season.

Preuss has been suspended for one match for his dangerous tackle on Western Bulldogs ruckman Tim English on Saturday night. The tackle was deemed by the match review officer to be careless conduct, medium impact and high contact, despite it causing English’s head to hit the turf as both of his arms were pinned. English momentarily lay motionless with both eyes closed. 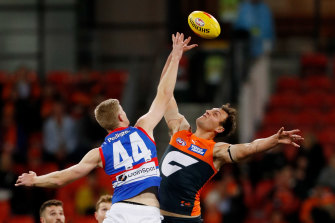 However, the Bulldogs were unable to say whether the Preuss incident sparked the concussion, only that English “was involved in some heavy impact incidents throughout the game”.

English played out the game, all but ensuring the classification of Preuss’ tackle as “medium impact” rather than potentially “high” if he had he been forced from the field, but he complained hours later at the team hotel of headaches, which later were attributed to delayed concussion.

The AFL confirmed match review officer Michael Christian would have used only the Bulldogs’ immediate post-match medical report, with English symptom-free, when taking consid his penalty.

The AFL match review report issued on Sunday stated it was Preuss’ first offence but the AFL said on Tuesday this had been a clerical error, for Preuss had been found guilty of a dangerous tackle on Collingwood’s Brodie Grundy in the pre-season. Regardless, the tribunal guidelines state: “The sanction for classifiable offences will not be automatically increased where a player has a bad record.” 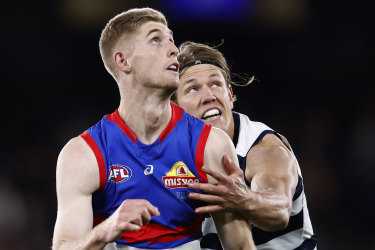 English will miss at least Friday night’s clash against Hawthorn and is no certainty to return for Thursday week’s clash with the Lions despite that being his first day of availability under the league’s minimum 12-day protocols.

“I am quite confused how that would be seen as … medium impact. Sling tackles are dangerous to the brain, with English’s head forcefully rammed into the ground with no ability to protect his head,” Dr Pearce told The Age. 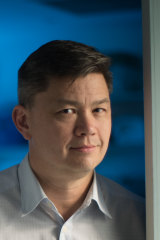 The Giants reviewed the incident, which they insisted was careless, and opted not to challenge the ban. A club spokeswoman said on Tuesday there had been a major focus on not allowing the Bulldogs to break tackles, but said the 114-kilogram Preuss continued to work on his technique.

However, the ban would have increased to three matches if the tackle was deemed intentional, high and high.

Preuss’ tackle on Brodie Grundy in the pre-season was also deemed as careless conduct, medium impact and high contact. He was also suspended for striking Fremantle’s David Mundy in round four.

The AFL treats dangerous tackles seriously, having upgraded its laws in June 2020, but gradings can fall under different classifications.

In round 13, Richmond’s Nick Vlastuin was given a $2000 fine for an early plea on his tackle on Port Adelaide’s Todd Marshall. The incident was deemed careless conduct, low impact and high contact.

However, when Jordan De Goey was charged with rough conduct for his tackle on Geelong’s Patrick Dangerfield in round three, the MRO assessed this incident as careless conduct with medium impact and high contact.

English has been sidelined with three concussions over the past three seasons, including missing a month last year when accidentally kneed in the head by teammate Aaron Naughton. He has enjoyed a breakout season, and could push Max Gawn to be the All-Australian ruckman. The 24-year-old is also in deep negotiations for a lucrative new contract, and is a key piece of the Dogs’ future.

In Dr Pearce’s view, English should miss up to a month because of his history of head knocks.

“I am not judging or criticising the Bulldogs’ medical staff but, given his history, I am sure that he will be monitored closely and more conservatively, given his recovery was longer last year. He missed quite a few games. That is important to state …,” Dr Pearce said.

“I appreciate the pressures of professional sport, but a couple of extra weeks rest could potentially extend his career by four or five years. We see so many young guys retiring … coming back relatively early from brain trauma and retiring too soon, prematurely in their careers.”

The AFL has increasingly tightened protocols around head trauma, coming amid fears of a class action, led by veteran player agent Peter Jess, although this would dropped if the league introduces a compensation fund under review by former Western Bulldogs president, Peter Gordon.

In June 2020, the AFL Commission amended the dangerous tackle guidelines in an attempt to better protect players’ heads. The rule change put greater emphasis on the potential of any dangerous tackle to cause injury, rather than focusing on the level of injury inflicted.