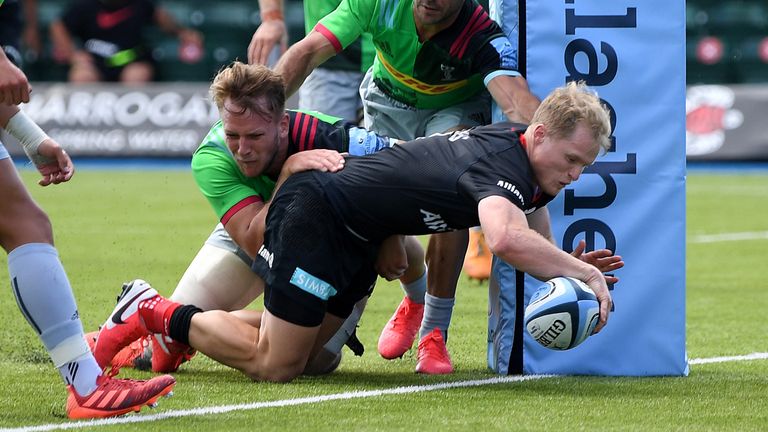 We round up all of the action from Saturday’s Gallagher Premiership matches, including wins for Saracens and Northampton Saints…

Owen Farrell kicked 16 points as his 200th Premiership appearance as Saracens held off a fightback from London rivals Harlequins to take victory at Allianz Park.

It was the England captain’s first appearance since the Six Nations victory over Wales in March after missing last week’s match with a quad injury, while half-back partner Aled Davies played a starring role for the hosts as well. Sarries, already relegated from the Premiership as part of their punishment for salary cap breaches, took the lead after four minutes when working a move from a line-out which saw Maro Itoje send Sean Maitland racing over.

Itoje went from provider to scorer seven minutes before half time, finishing after some powerful carries from the home side, followed by Davies – signed from Ospreys in the summer – going over for a try just before the break.

Marcus Smith’s drop goal was all Quins had to show for their efforts in the first half as they trailed 22-3, but two converted tries from replacement Paul Lasike and one from Scott Steele saw the visitors mount a comeback effort.

It fell short though and Alex Lewington’s try in the 76th minute sealed the bonus point for Sarries, with Farrell’s three conversions and four penalties keeping the scoreboard ticking over for them throughout the match.

Tom Collins and Ahsee Tuala ran in second-half tries to help Northampton keep their hopes of securing a spot in the Premiership semi-finals alive with victory away to London Irish.

The match at Irish’s temporary home of The Stoop was level at 3-3 at half time, with penalties from James Grayson and Paddy Jackson cancelling each other out. 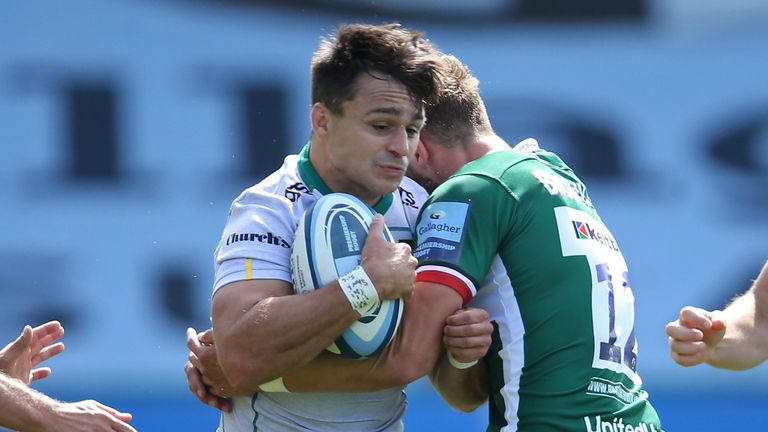 But the Saints got up and running after the break when skilful work by centres Matt Proctor and Rory Hutchinson created space for Collins to kick ahead and win the race to score.

The Exiles, who lost Theo Brophy-Clews, Ben Loader and Nick Phipps to injury during the match, were dealt a further blow when Sekope Kepu was sin-binned for collapsing a maul, which led to a penalty try.