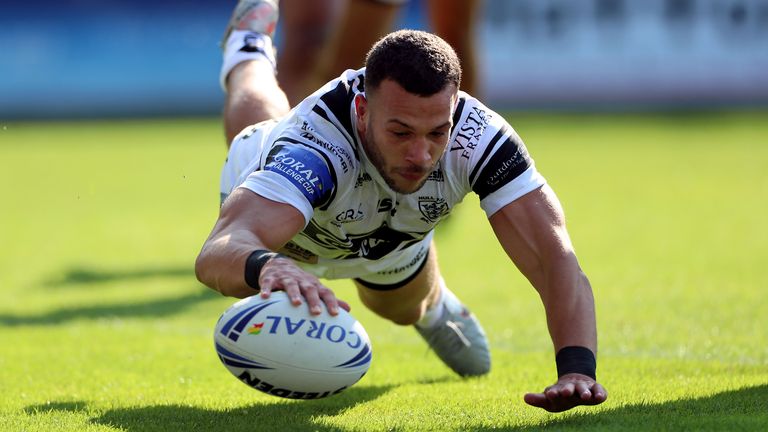 Carlos Tuimavave celebrated his new contract with a man-of-the-match performance to help Hull into the last eight of the Challenge Cup.

The Black and Whites announced a new four-year deal for the Samoa international on the eve of the delayed sixth-round tie at St Helens’ Totally Wicked Stadium and he responded with a superb display in a 29-16 win over Castleford.

The reward for Hull, who were Wembley winners in 2016 and 2017, is a clash with Wigan Warriors in next Saturday’s quarter-final at Salford’s AJ Bell Stadium, which will be their third game in 10 days.

Castleford, who are now left with only pride to play for in 2020, were still without stand-off Jake Trueman and suffered another blow when former Cronulla Sharks winger Sosaia Feki limped off just 24 minutes into his debut.

That meant a reshuffle for coach Daryl Powell, with James Clare reverting to his customary wing position after starting the game at full-back in the absence of Gareth O’Brien, who was cup-tied.

It took Tuimavave only nine minutes to make his mark, finishing off a break by full-back Jamie Shaul, one of a host of senior players returning to the Hull team, and Jake Connor kicked the first of six goals for a 6-0 lead.

Shaul blotted his copybook when he fumbled Danny Richardson’s towering kick and, although he made amends by getting back to haul Clare down just short of the line, Castleford made the most of the position when forward George Griffin took Paul McShane’s short pass close to the line to score an equalising try. 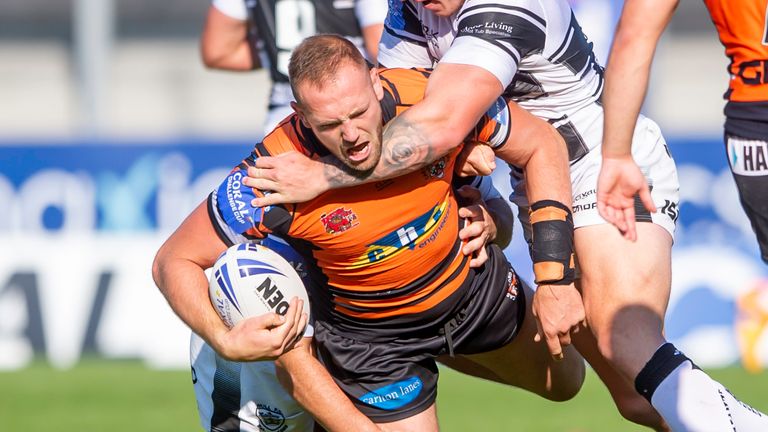 Tuimavave then fended off Peter Mata’utia to breach the Tigers’ defence and Shaul was in support to send half-back Albert Kelly over for Hull’s second try and Connor’s goal made it 12-6 but the tie was still nicely balanced at that stage.

Castleford second-rower Mike McMeeken was brought down inches short of the line and Clare had a try disallowed for a knock-on at the corner.

Sensing the close nature of the contest, Connor went for a long-range drop goal a minute before the break which went wide of the target but Hull got the two-score lead thanks to a touch of opportunism from Tuimavave.

Castleford were pressing strongly for an equalising score with seconds to go to the half-time hooter when Tuimavave intercepted Mata’utia’s pass and sprinted 60 metres for his second try. 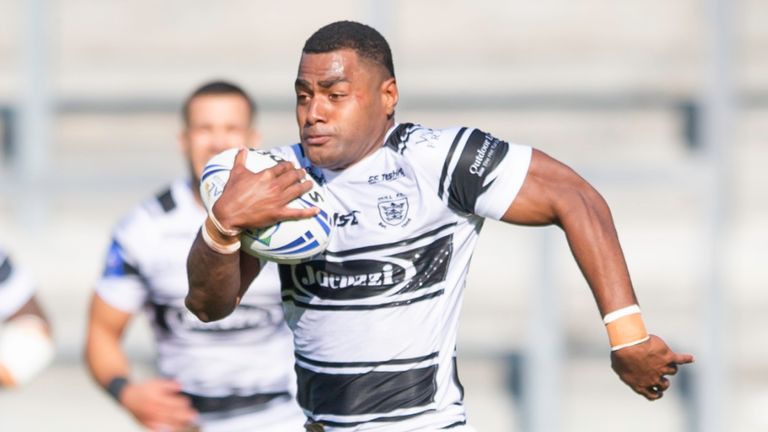 Trailing 18-6, there looked to be no way back for the Tigers when winger Ratu Naulago caught them out with a quickly-taken 20-metre restart and sprinted 80 metres for a glorious solo try just two minutes into the second half.