It is finals time soon, but that means “tap on the shoulder” time is coming, too.

Being a footballer is great, but this time of life when you leave your dream job inside a football club and face the prospect of working and living full-time outside that tough and competitive yet privileged environment is genuinely hard. 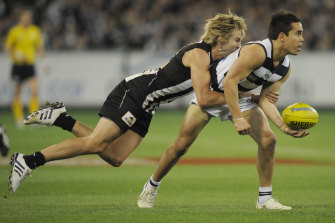 Mathew Stokes in action during 2010. He finished up at the Cats in 2015. Credit:Sebastian Costanzo

Some post-playing moments are comical to reflect on now, but it wasn’t so funny at the time when none of my suits fitted me as I prepared to go to a teammate’s wedding in the summer after my retirement. I had enjoyed saying yes to muffins and takeaway food and a beer too much. I had already dealt with a rash appearing on my neck from the collar of the shirt I wore doing part-time work while playing, but this was another level.

I didn’t even know how to do up a tie properly when I began working at the AFL soon after Geelong farewelled Steve Johnson, James Kelly and me in style in the final round of 2015.

I looked at my first post-footy pay packet and thought “where is the rest of it?”

I remember being asked to set up a meeting in my first week. I said, “no worries,” then hid my phone under my desk to google “setting up a meeting on Outlook” away from the eyes of new colleagues.

I was nearly 31, older than most in the office. Everyone seemed to know my name. But I could not perform the most basic office function. And I was uncomfortable in a suit as I had spent most of my time as an adult wearing tracksuit pants. That first week was among the worst weeks of my life.

And I thought I was relatively prepared for retiring as I had used my time in the game, although sometimes I needed to be pushed, to establish a life beyond being a player.

In footy terms, the phrase “shop early” means to work hard early so you are not caught out of position late, and it applies off the field, too, because every chance an individual takes when playing sets them up for their best life when not playing.

Geelong told me my time was up about three games before the end of 2015. I had asked whether I could go another year, play VFL and get to 200 games, but I was, as every former player will understand, starting to get a feeling the club had made the decision to finish me up. 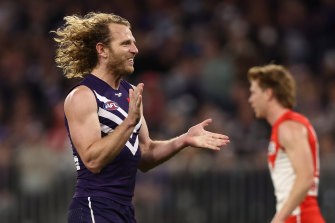 Looking back I don’t begrudge them at all. I was over 30 and couldn’t kick further than 35 metres. I would have done the same if I was in their shoes but in the moment it was hard. Eventually, after some sleepless nights where I wrestled with the sense I had unfinished business, I decided to confront the reality. I went into football manager Steve Hocking’s office and said, “let’s hug it out, I understand”.

My former teammate Cam Mooney was a great mentor through that time. We’d speak weekly and he said “even if you don’t like the decisions, the only thing that will reflect on you is the way you deal with the news”. I wasn’t perfect, but I tried, and I realise now everyone else was also doing their best to handle an uncomfortable period too.

I decided to focus on the 98 per cent that was positive about my time at the club: the friendships, the fun, the opportunities, the networks and the financial reward rather than the part that made me feel horrible at the end.

The fortunate part for me when Geelong’s door shut is that I was as prepared as I could be because I had managed to take advantage of enough of the opportunities the club and the game provided to set up the life I wanted to live post playing. 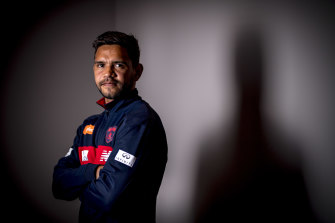 Neville Jetta retired at the end of 2021 and joined Collingwood as an assistant coach.Credit:Eddie Jim

Being drafted at 21 helped because I understood the real world’s reality better than many who had gone straight from school to the club. The whole time I was playing I studied or did work experience. My work experience was at Cotton On, Werribee, and Melbourne Zoo. For most of the back end of my career I worked in the Geelong community department on my days off and then during my last year as a player, spent my day off working with the AFL. They employed me full time four weeks after my last game at Geelong.

I was probably at the peak of my career when I worked at Cotton On alongside Max Rooke, but I was there to do the job they wanted me to do. It was humbling, and important.

My manager, Tom Petroro, was critical to that because he was always honest about where I was at and set up ways for me to stay connected to the real world and learn skills that were essential to live life as I matured. He was never afraid to question me and for that, I’m forever grateful.

I think most of our clubs and the AFL Players Association do more than enough to educate players on the importance of using their time productively, but from what I have seen not enough players take the opportunity time in the game gives them to establish the path their life takes until it is potentially too late.

Most playing careers don’t last long. It’s important to network, talk and engage with sponsors, board members, influential people at the club and people who work at the club and not just people in the football department because it will help when the tap comes. It might set you up or, at least, give you a place to start your next chapter.

The key is to find passions outside football and see whether you can leverage that into a career. Mine was always to help better my people and my connections to people in the First Nations community locally was so vital in learning about life and keeping a perspective on what working in that space was like.

Looking back, the best years of my career were 2008, 2013 and 2014 when I was doing work outside the club. Don’t stress about the time not spent on football because the break will ensure you are switched on when you arrive at the club to work on football.

Some players can expect too much to be done for us while we are playing. I sometimes cringe when I hear former players complaining about the lack of support they received during and after their careers.

Our player development managers were brutal if I did not conduct myself well in doing basic things such as returning a call or replying courteously to an email.

But you need to realise that the responsibility is on you, while you are playing.

Otherwise, unhappily wearing tracky dacks on the couch could become your refuge after it’s all finished.

PS. One of the greatest, Joel Selwood, played game No.350 on the weekend. My definition of greatness is making players around you better. He not only improved other players, but they walked taller when playing with him (I needed any help I could get in this area). I’ve never seen a player come up big in the biggest moment more often than “Selsy” but it’s the man himself and the human he is, that makes me so proud to call this man a great teammate and a brother for life.

Mathew Stokes is a Larrakia man who played 200 games with Geelong and Essendon. He played in Geelong’s 2007 and 2011 premiership teams.