Despite being in a state of transition, they were able to establish a potent collective spirit and cohesion, which Eddie Jones put down to some of the preparatory methods which were employed in a training camp in Jersey. 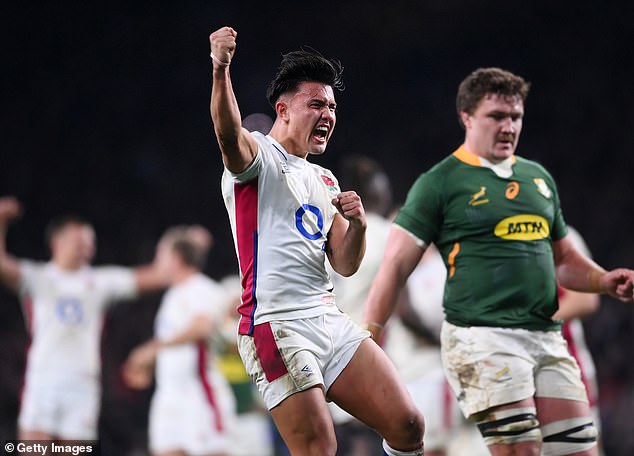 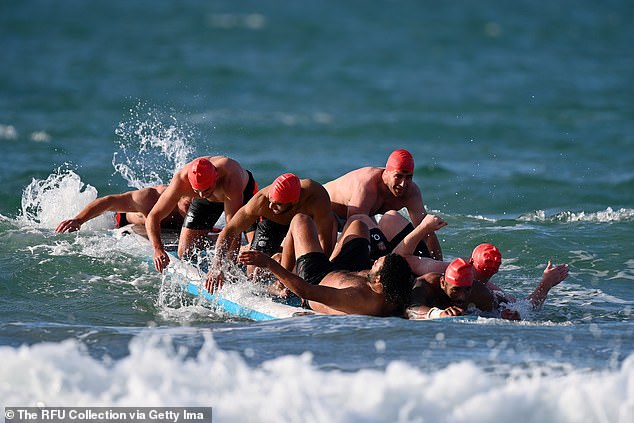 And the head coach will seek to repeat the successful formula in the Six Nations next year.

During their time in Jersey in late October, the England squad took part in a team paddle-boarding exercise in choppy seas, which was designed to build bonds — taking its cue from an ancient Shinto purification practice in Japan.

Speaking on Monday about the build-up to the Six Nations, Jones said: ‘We are going to start off with a misogi again. That is going to be part of our culture going forward, where the players have to find a bit of themselves. So we are just busily planning that.’ 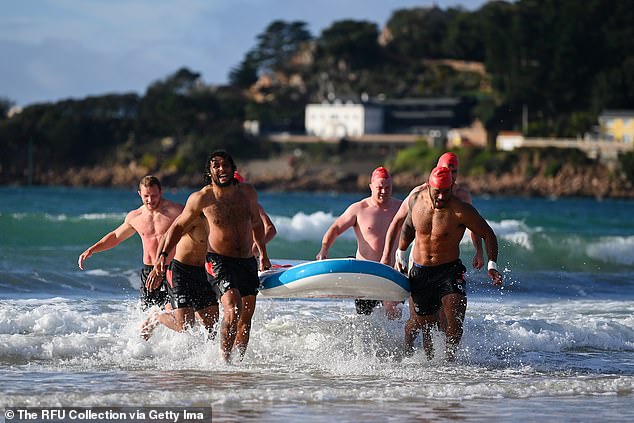 Before his England squad undertook the gruelling misogi event in Jersey, Jones had said: ‘Whenever you go on a camp, it enables the team to develop relationships off the field. Particularly with the misogi. We are hopeful those sort of relationships will start to develop.’

The head coach admitted that the whole bonding process is by no means an exact science. But having seen an encouraging chemistry develop between the players — experienced men and rookies alike — Jones will hope to maintain that when England reconvene at the end of January.

Asked whether the newcomers had surprised him by settling so well, he said: ‘We got those young guys together in the summer and you don’t really know. We did the same things we always do. We encouraged them to work together, we encouraged them to train hard. For some reason there was this chemistry in that group and it just took off.

‘Then you have the interesting situation where you put them back with a few of the established players and, again, you don’t really know what’s going to happen. But they seem to have gelled really well. They have a nice feel about them. 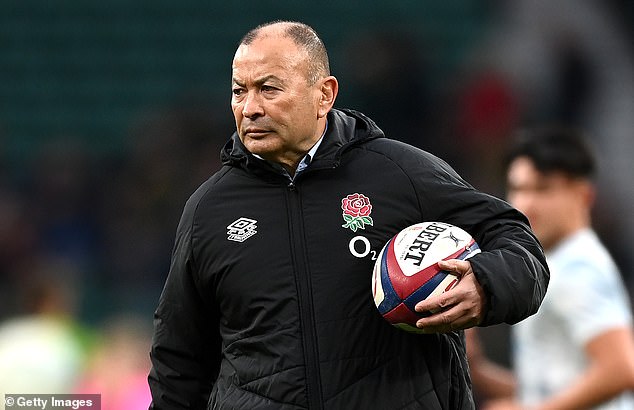 ‘When you have that nice feel they tend to fight a bit harder. They dig down a bit deeper, because the tank is never empty. They were able to find a lot of extra petrol in the tank on Saturday.

‘We seem to have a really good mix at the moment and we’ve got to find what the right thing is to put in next. Some hydrochloric acid or a bit of sodium! We are not sure what we need next to keep it burning.’

Jones sent his players back to their clubs with instructions to maintain the ‘good habits’ which saw them rise to the big occasion against the mighty Boks.

He is heartened by the greater depth of competition in many areas and expects to keep seeing a positive reaction from the likes of George Ford and the Vunipola brothers, to being left out his autumn plans. ‘They continue to put themselves in a better position to be selected,’ he said. 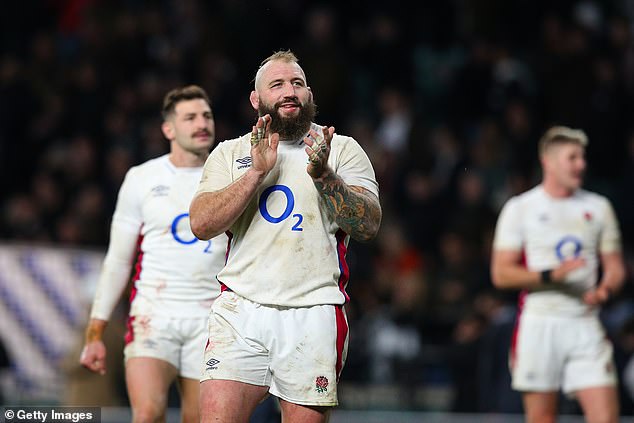 Last season, England’s championship challenge unravelled in part because a core of the squad — notably the Saracens contingent — were chronically short of game-time and sharpness.

Jones is confident there will be no repeat in the 2022 tournament, saying: ‘Last time, we didn’t have a lot of control in that area because we had games cancelled and we had Saracens not playing because of certain issues. So I don’t think that will be as big an issue for this Six Nations.’

When England are next together, the management quest for improvement will lead to a further focus on shortcomings up front. ‘We are not strong enough in the set piece to beat a side like South Africa consistently,’ said Jones.

‘It is going to take a lot of work to get our scrum and our maul particularly to the level we want it to be.’