Wigan Warriors have confirmed Jackson Hastings will leave the club at the end of the current season and join NRL side Wests Tigers for 2022 and 2023.

Hastings had spells in his native Australia with Sydney Roosters and Manly Sea Eagles before coming to Super League to sign for Salford Red Devils in 2018.

He was named Man of Steel the following season and his impressive performances helped secure a move to Wigan but the 24-year-old will return to the NRL to help boost the Tigers.

Wigan Warriors executive director, Kris Radlinski, said: “Jackson asked to see me on Sunday morning where he informed me that he has agreed a two-year deal in the NRL and will leave at the end of 2021 when his contract expires.

“There has been much speculation about an immediate exit, but I have had written assurances from his management team and through my relationship with Michael Maguire, 2021 was never an option.

“During my conversation, Jackson was incredibly humble and said he feels honoured to have represented the club. I could see it in his eyes that he wants to leave Wigan a winner.

“We have never doubted his commitment as a rugby league player. He brings an outstanding attitude to training every day and plays his heart out every week on the playing field.

“Wests Tigers are getting a player who is deeply motivated to succeed and will drive the rest of the playing squad.”

Hastings himself is now focused on ending his time with the Warriors on a positive note before he heads back to Australia. 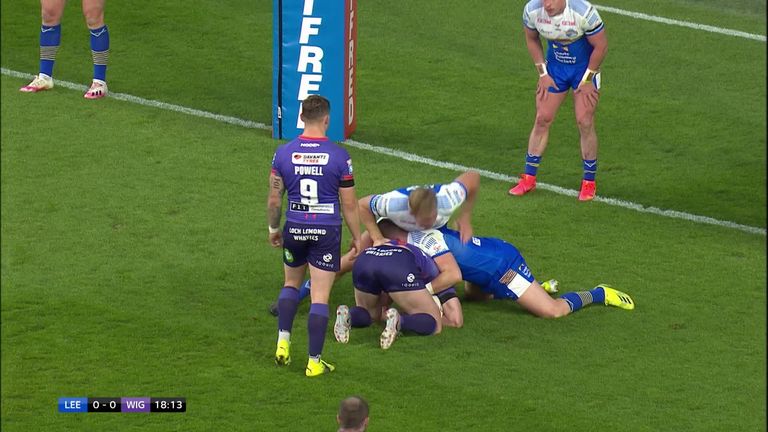 “I am extremely grateful to Ian Lenagan, Kris Radlinski and Adrian Lam to represent this great club,” he said.

“Over the last 15 months I’ve really appreciated being part of such an historic place and the expectations that come along with that.

“Kris and I have spoken at length about what the future holds. Having such a great relationship with him, the door is open if an opportunity arises in the future.

“I’m really grateful to all the fans for putting up with the rumours and speculation. I have given everything I have to the jersey, and I will continue to do that for the rest of this year. I am an extremely driven individual that’s super committed to bringing success to Wigan in 2021.

“Now this is out of the way, I just want to get on with playing rugby league. I am solely focused on 2021 and the goal we have as a club for this year.

“Once again, I would like to say thank you to the Wigan fans for the constant support and I can’t wait to see them all back in the stands.”