Saint-Etienne: Six years ago, Andrew Kellaway and Jack Dempsey were wide-eyed development players in Edinburgh, soaking up every moment of their first Wallabies spring tour.

Ahead of the team’s match against Scotland on Sunday (AEDT), word began to filter through that Kellaway had Scottish heritage.

So, as part of an initiation of sorts, Kellaway was instructed to play the bagpipes in front of his superiors – something he hadn’t done since former Waratahs teammate Brendan McKibbin’s bucks party a few years earlier.

The great irony is that six years later Dempsey, who now has four fewer Wallabies Tests to his name than Kellaway (14 to 18), could now line up for Scotland this weekend against a great mate he played with in the under-10s at Gordon.

If selected, Dempsey will be the first player to represent the Wallabies and then play against them since World Rugby’s recent rule change, with the sound of bagpipes sure to echo around Murrayfield.

“Jack can’t play the bagpipes,” Kellaway told the Herald at Australia’s training base in France ahead of the side’s first match of the spring tour. 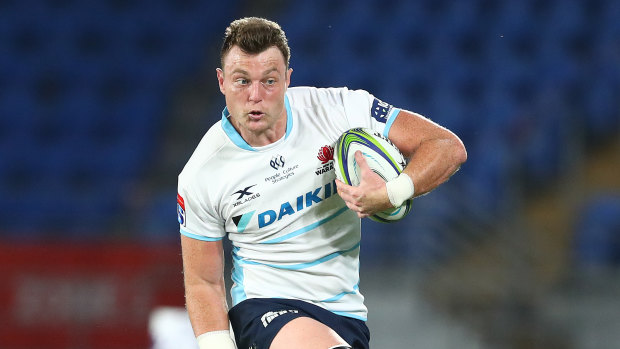 Jack Dempsey takes a carry during his Waratahs days. Credit:Getty

“I’d prefer to be playing in a Wallaby jersey with him but I’m actually really, really happy for him. He’s his own man and he’s found himself a home over here. On one hand, I hope he goes really well. On the other hand, I hope it’s better for us.

“He has spoken to me about it in the recent past. I don’t think that was on his mind when he came over here in the first place. We’re pretty close. My feedback to him was [do] whatever is going to make you happiest.

“Will there be any banter? Of course there will be. Anyone who knows Jack knows there will be a bit of banter. I actually didn’t know about his heritage until he got here.”

Unwanted at the Wallabies under new coach Dave Rennie, who didn’t see the same traits that Michael Cheika did in the NSW back-rower, Dempsey departed the Waratahs last year to play for the Glasgow Warriors. 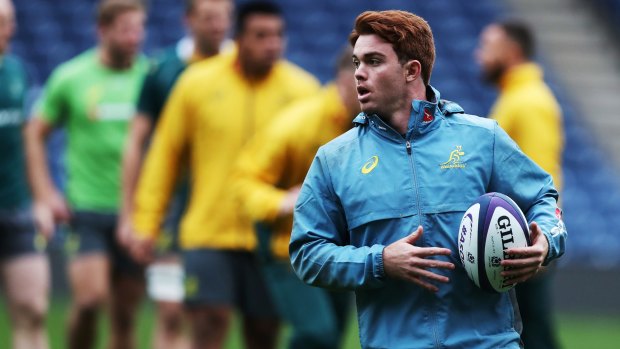 Andrew Kellaway was a development player on Australia’s spring tour of 2016. Credit:Ian MacNicol

Scotland won’t name their team until Thursday and even if Dempsey doesn’t feature against the Wallabies — all signs suggests he is a decent chance of doing so — he is likely to play in the coming weeks.

When Dempsey was primarily involved in the Wallabies squad, leading into the 2019 World Cup, Kellaway was plying his trade in the UK for Northampton.

“I always wanted to come back,” Kellaway said. “I’m not actually able to [play for Scotland] by heritage. I’m a little too far removed. I could play for America. My grandmother is American. [Playing for anyone other than the Wallabies] never crossed my mind.”

World Rugby has changed its eligibility rules, whereby players who once weren’t allowed to switch allegiances can now play for another country after a three-year stand-down period, provided there are family connections.

The rule was implemented to improve the quality of Pacific Island national teams, but Dempsey is poised to become a beneficiary.

“I don’t know what the intention of the rule was but anything that gets the best players playing at the highest level I think is good for the game,” Kellaway said.

With Tom Banks back in Wallabies camp after recovering from a broken arm, Kellaway is competing hard for the fullback jersey ahead of a critical first Test on a blockbuster five-game tour.

Asked whether he would prefer to play fullback or on the wing, Kellaway said it was a flip of a coin. He insists his mindset has matured.

“Five or six years ago I would have had a preference and I would have been pretty stubborn,” Kellaway said. “The more and more my career is going on, I think the important thing for me is being a part of it. So if that’s on the bench and that’s where I can add the most value, then that’s what it is. To be honest, I’d play fly-half if it got me a start. I honestly don’t know if I could pick.”

Watch all the action from the Wallabies’ Spring Tour with every match streaming ad-free, live and on demand on Stan Sport. Kicks off this Sunday with Scotland v Wallabies from 3.10am AEDT.