Tickets to Fremantle’s first AFL finals appearance in seven years have sold out within five hours of going on sale.

The scramble for tickets means the Dockers will host Western Bulldogs in an elimination final at Optus Stadium on Saturday, September 3, in front of a 60,000-strong crowd. 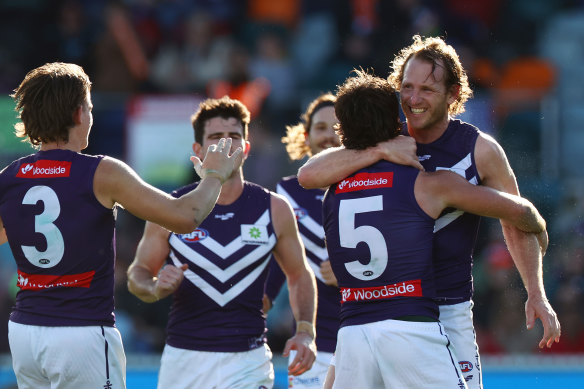 Of the remaining 20,000 tickets, some were reserved for corporate packages, with the last few being snapped up within minutes of being released to the general public at 3pm.

It is just the seventh time Fremantle will host a home final, and the first time the club has put on a game outside the home and away season at Optus Stadium since the state-of-the-art venue opened in 2018.

The AFL has capped ticket prices for its 2022 finals series at between $35 and $93 across all its venues.

The Fremantle game will be the only final played at Optus Stadium this season and veteran David Mundy’s last match in front of a home crowd.

However, the venue is no stranger to big matches after hosting the 2021 AFL grand final and much of the lead up games due to the COVID-19 pandemic.

The AFL believed a world record was broken when the 10,250 general public tickets to the grand final sold out within minutes, with 180,000 West Australian football fans in the online ballot to secure a seat.