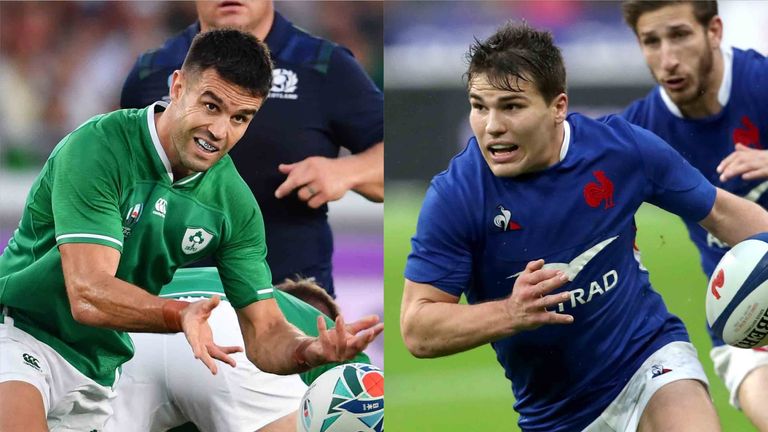 France’s Antoine Dupont and experienced Ireland scrum-half Conor Murray are set to go up against each other during Sunday’s Six Nations clash in Dublin.

Les Bleus are seeking to build on a resounding 50-10 victory over Italy, while the Irish are bidding to bounce back after a frustrating 21-16 loss to Wales.

We take a closer look at one of the key duels that could help determine the outcome at the Aviva Stadium.

A veteran of three World Cups, two British and Irish Lions tours and a trio of Six Nations titles, Murray’s career is at a far more advanced stage than that of Dupont.

The evergreen Munster man has been a permanent fixture for Ireland for almost a decade as part of a long-standing half-back partnership with skipper Johnny Sexton, and has consistently delivered.

He is a calming presence for his country, a pinpoint kicker and among the world’s best passers. While Murray offers numerous areas of expertise, it is perhaps quick, decisive thinking which sets him apart from other scrum-halves.

Diminutive in stature, quick-thinking Dupont is capable of a moment of magic every time he touches the ball. The classy 24-year-old is arguably the sport’s leading number nine and, based on current form, considered in some quarters to be the best player on the planet.

He became the first French winner of the Six Nations Player of the Championship in 2020 and his eye-catching performances continued in Saturday’s thumping win in Rome.