The four Indigenous families at the centre of Hawthorn’s racism scandal have engaged top troubleshooting lawyer Leon Zwier, who acted for Collingwood on the Do Better report, to represent them in the AFL’s independent investigation into the alleged mistreatment of First Nations players and their partners.

As the fallout from the crisis continued, with a third former Hawthorn coach standing aside from his current job for the investigation, the author of the club-commissioned report that triggered it defended the decision not to afford four-time premiership coach Alastair Clarkson, director of football Chris Fagan or development coach Jason Burt the opportunity to answer the allegations at the time. 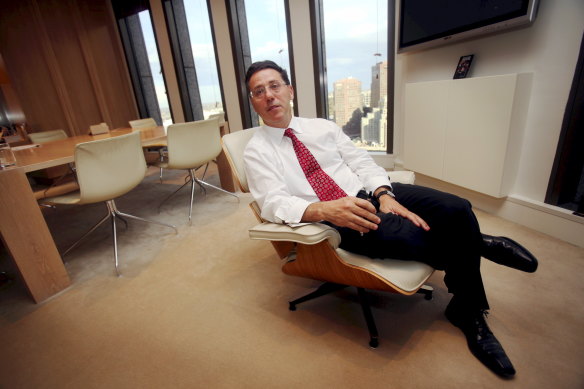 “It was very strict. We had a very narrow laneway to stay in and we had no access to non-Indigenous past players, coaches or staff,” the report’s author, former Richmond player Phil Egan, told Channel Seven on Thursday night.

Sources confirmed that the four families most central to the allegations in the report had engaged Zwier’s firm Arnold Bloch Leibler to act for them.

Zwier has acted for some of Australia’s most prominent political and business figures including former Labor leader Bill Shorten and billionaire Solomon Lew. He is known in some quarters as a corporate “Mr Fixit”.

The Age can also reveal that Egan contacted AFL chief executive Gillon McLachlan to push for a genuinely independent inquiry into the matter as the league tried to assemble a four-person panel led by a King’s Counsel and with Indigenous and female representation. 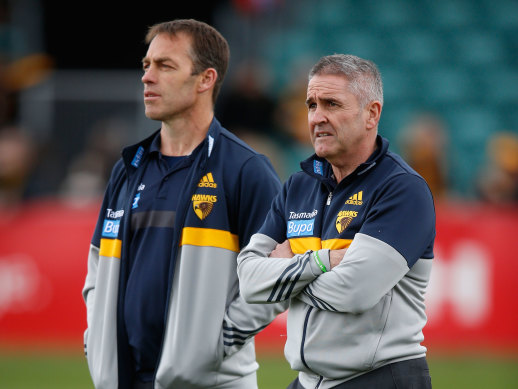 A “deeply distressed” Fagan, who worked alongside Clarkson at Hawthorn and is now senior coach of the Brisbane Lions, on Thursday vowed to fight the allegations and said no one associated with the report had put them to him. Fagan had earlier taken a leave of absence from the Lions.

In a statement provided to the AFL website he said he would co-operate fully with the investigation announced by league chief executive Gillon McLachlan on Wednesday.

In the external Hawthorn review, first reported by the ABC, players alleged they were told to live separately from their families, and, in some cases, forced to cut ties. One player and his partner were allegedly pressured to terminate a pregnancy.

“I was shocked and deeply distressed by the allegations reported in the media yesterday concerning my time at the Hawthorn Football Club,” Fagan said in the statement.

“I deny, categorically, the allegations of wrongdoing by me in relation to First Nations players at the Hawthorn Football Club. I have had very positive relationships with First Nations players throughout my many years in football, and, indeed players from different racial and ethnic groups.

“I had no opportunity to, and did not, participate in any way in the review commissioned by the Hawthorn Football Club. I was not interviewed. Nor was I invited to be interviewed. No one associated with the review ever put any allegation to me for a response.

“I intend to defend myself. It is my hope that people will judge me based upon the way I actually conduct myself and not by what is written in the media. I support and welcome the investigation announced by the AFL yesterday. I intend to participate fully in the investigation and look forward to being heard and being accorded due process and fairness.″⁣

Fagan’s statement came a day after former Hawthorn coach Alastair Clarkson, also implicated in the report, denied any wrongdoing. Clarkson has taken a leave of absence and will not start his new role as North Melbourne coach as slated on November 1.

Burt, a former player development manager with the Hawks, stepped down “indefinitely” from his role at a prestigious Melbourne private school.

Caulfield Grammar emailed parents on Wednesday night to inform them that Burt had taken a leave of absence from his position at the school.

Caulfield Grammar principal Ashleigh Martin said Burt wanted to engage fully in the independent investigation that has been called by the AFL.

“Today Jason Burt advised me of his decision to take an indefinite leave of absence from his role as head of coaching and performance sport, a role that he has been in for three and a half years,” the email said.

The allegations, reported by the ABC, include that Burt allegedly told anonymous player “Zac” that his wife had miscarried, and that he was previously involved in a meeting with Clarkson and Fagan in which the player’s partner was told their relationship was over.

“Jason Burt came up to me at training and just mentioned it in a ‘by the way’ kind of comment. He said ‘mate, Kylie had a miscarriage but don’t worry, she’s fine and has good support’,” the player reportedly said.

The anonymous player was allegedly moved into Burt’s house and told to cease contact with his partner.

The partner of another player – “Ian” – also reportedly alleged Burt told her in a separate meeting that the club felt it was better for the player’s career if the couple broke up.

Both women – referred to in ABC reporting as “Amy” and “Kylie” – allegedly tried to contact Burt in an attempt to get in touch with their partners.

Andrew Newbold, the former Hawthorn president from 2012-15, has also taken a leave of absence from his role on the AFL Commission. This is to avoid a conflict of interest.

Industry sources have confirmed all the parties involved will have strong legal representation. These sources have also raised the possibility of defamation proceedings.

Stuart Fox, who was the Hawks chief executive officer from 2010 to 2016, will remain in his role as MCC chief executive. He has not been implicated in the report.

The AFL has dealt with several major racism issues over the past decade. This included the booing of Adam Goodes, the Collingwood furore which led to the Do Better report, and the scandal that was Adelaide Crows’ infamous pre-season camp, as detailed recently by Eddie Betts.

McLachlan said on Thursday that he supported increased Indigenous representation at club level, and had not ruled out quotas to require an Indigenous Australian on all club boards.

Noting that every club now had an Indigenous liaison officer, McLachlan said the next step was for each club to have Indigenous representation at board level. “We need to keep talking about how we get the right representation, so we have strong voices at all levels of clubs,” he said.

But he added quotas were for a “broader discussion”.

The Morning Edition newsletter is our guide to the day’s most important and interesting stories, analysis and insights. Sign up here.