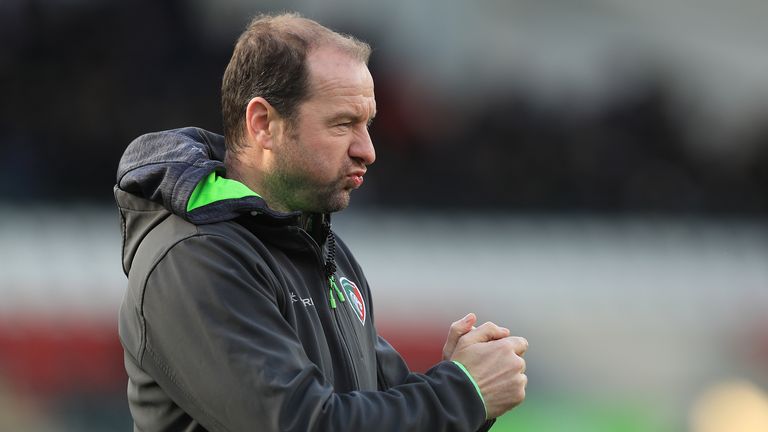 Geordan Murphy admitted Leicester had crashed to the worst defeat of his Welford Road career after they were swept aside 54-7 by Wasps.

The Tigers leaked eight tries at the Ricoh Arena after falling apart in the second half, paying the price for fielding a starting XV containing only 95 Gallagher Premiership starts.

It continues a miserable run for Leicester, who have now registered just one win in the last seven matches, and Murphy accepted responsibility for one of the low points of his 23 years at the club.

“That’s a step backwards for us and isn’t good enough,” the director of rugby said.

“I would speculate that every fan who is hugely disappointed and feeling sick is probably nowhere near as sick as myself and the coaching group are.

“I’ve been here a very long time and that’s the biggest defeat I’ve been involved in. It’s not pretty and I feel like I’ve been punched in the face quite a few times.

“We have to learn the lessons because we have a four-day turnaround and we must somehow get back on the horse because that wasn’t good enough. It’s my responsibility. I feel pretty poor.

“It’s a bitter pill. We’ve made some really positive progress in every game we’ve played but there’s an opportunity to learn some big lessons there because we were sub standard in the second half.”

Wasps flanker Alfie Barbeary emerged as Leicester’s chief tormentor by running in a hat-trick of tries to be named man of the match.

The 19-year-old England age grade captain, whose customary position is hooker, showed his strength, pace and skill to over-run the Tigers after being picked in place of Jack Willis “Alfie had a mixture in the first half but he had an outstanding second half,” head coach Lee Blackett said.

“As an out and out rugby player, he’s pretty good. He’s a big project. He’s nowhere near the finished article. He’s got to keep working hard.

“He’s a talent, there’s no doubt about that, but there are plenty of areas of his game he needs to keep working on. Hopefully we’ll see him reach his potential.