England star Freddie Steward reveals the secret behind his safe pair of hands at full back for Eddie Jones’s team – his grandad played in goal for Cambridge!

Freddie Stewards’s safe hands can be traced back to the family farm in Norfolk. During his childhood, he would spend hours roaming the fields of potatoes and sugar beet.

When not grading crops, the Steward brothers would likely be throwing a ball around with their grandad, Gabriel Bliss, who was a goalkeeper for Cambridge United.

‘I spent loads of time on the farm as a kid,’ says Steward. ‘Grandad took over the farm at a very young age and worked himself to a standstill. It was a safe place for us growing up. 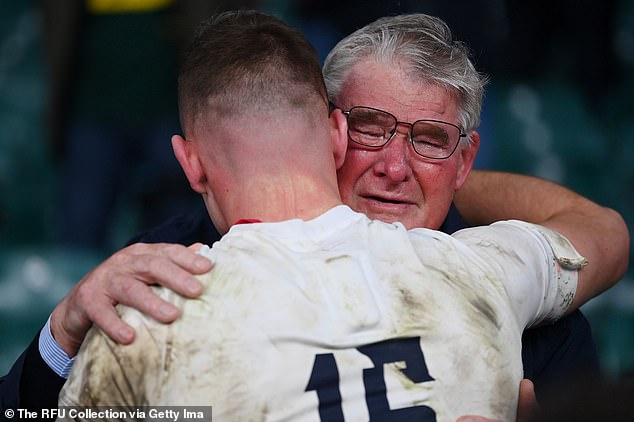 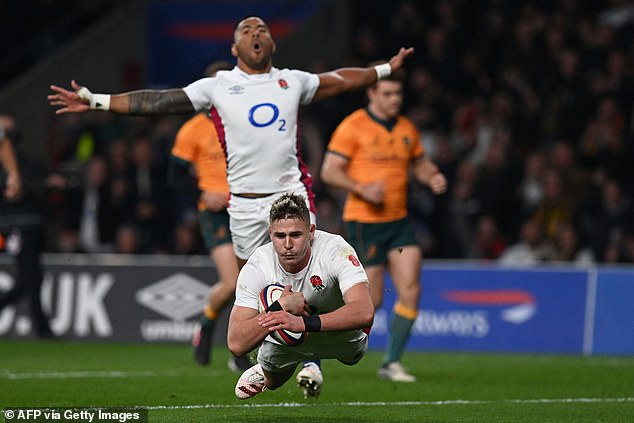 ‘Bike rides, grading the potatoes, kicking a ball around. Grandad used to be very athletic. He played for Cambridge back in the day. Mum showed me old photos of him, from way before I was born, and she says that I’m exactly like he was.’

After England beat South Africa at Twickenham last month, Steward made a beeline for his grandad in the stands. The pair shared a long, tearful embrace and the image went viral, alongside headlines heralding Steward, who turns 21 today, as the new safe-keeper of English rugby in the No 15 jersey.

‘My grandad’s been my biggest fan, alongside my parents. He couldn’t get down to the pitch after the match because his body’s in bits but I managed to get up to the stands to give him a big hug. That photograph is something I’ll cherish.

‘As a full-back, there are definitely similarities to a goalkeeper. The way the game’s going, there’s a big emphasis on the kick battle so it’s massively important for the full-back to be that protector and that shield at the back.

‘I never played football seriously… just the odd game in goal for my village. We lost our first game 6-1!’ It soon became clear that Steward’s destiny lay at Welford Road, rather than Carrow Road.

He learned his rugby craft with Swaffham and Holt before finding himself under the expert tutelage of full-back legend Geordan Murphy at Leicester.

‘Until I was 15 or 16, I hadn’t played much at full-back. I played a bit of fly-half for Holt. It wasn’t until later on that I started to look closely at specialist 15s.

‘Geordan Murphy was an unbelievable example of an all-round full-back but the guy who I idolised more than anyone was Leigh Halfpenny. He wasn’t the biggest guy but he absolutely gave everything.

‘He’d go at every high ball. The other sport I took an interest in was the AFL players in Australia, seeing how the players climb and use their knees to get in the air and take those high balls.’ 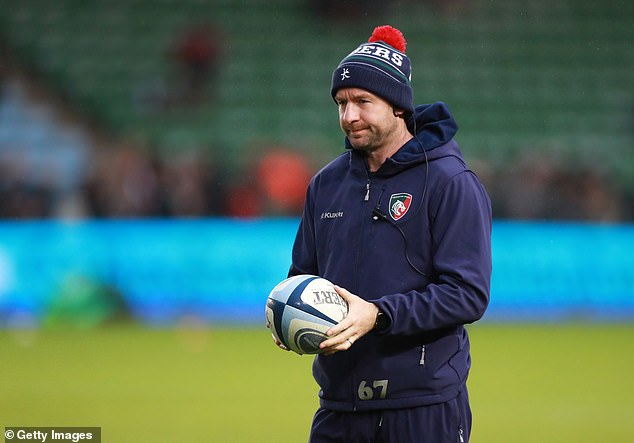 The high balls have now become a trademark of 6ft 5in Steward’s game. He has enjoyed a whirlwind 18 months with club and country. Last year, he was breaking into a Tigers team sliding towards the bottom of the table. Today, he is one of England’s breakthrough stars and his club are top of the table. Has it all sunk in?

‘Last week we didn’t have a game at Leicester so it was a nice chance to get home, away from all the noise. It’s all been happening so fast and sometimes you need to take yourself out to look at the whole thing and appreciate what’s happening.

‘We’re quite secluded back in Norfolk and it was as if none of it had really happened. It’s a beautiful place. I love to go with Mum and Dad and brothers and dogs and just have a nice long walk out down on the beach at Wells.’

Steward has since returned to Loughborough, where he is studying economics. Today he will be back to the day job when Leicester host Harlequins, the first time Steward has played in front of a packed house at Welford Road. 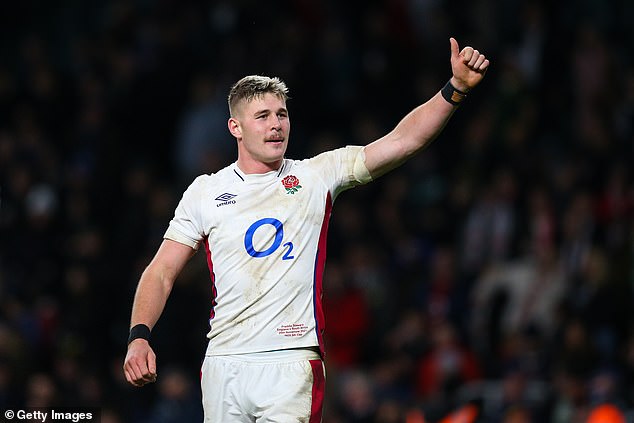 ‘We try not to look back in the past. When I came through, I just wanted to earn a place in the team so it was never really about the doom and gloom. It was more about that mindset of wanting Leicester to be back at the top of the table.

The club have even formed a band with Jasper Wiese on vocals (‘he sounds just like Elvis’) Dan Kelly on the drums and Nic Dolly joining Steward on guitars. Finally, the club are singing to a happy tune.