England number eight Sam Simmonds has been ruled out of Exeter’s Champions Cup clash against Munster on Saturday.

The Chiefs said that Simmonds is sidelined because of a hip injury and misses the round of 16 second-leg encounter in Limerick.

Exeter are bidding for a second European title in three seasons, while a fourth European Cup quarter-final place awaits if they can see off Munster.

On the new two-leg format, Exeter rugby director Rob Baxter said: “I quite like it. It has added a layer of interest.

“There were some fantastic fixtures last weekend – some real edgy ones and late-game scenarios. Anyone who misses out by one or two points now, the two games create massive stories.

“We have to go and finish the job. It is a difficult scenario. You can’t really judge the success of the first leg until you have played the second leg. 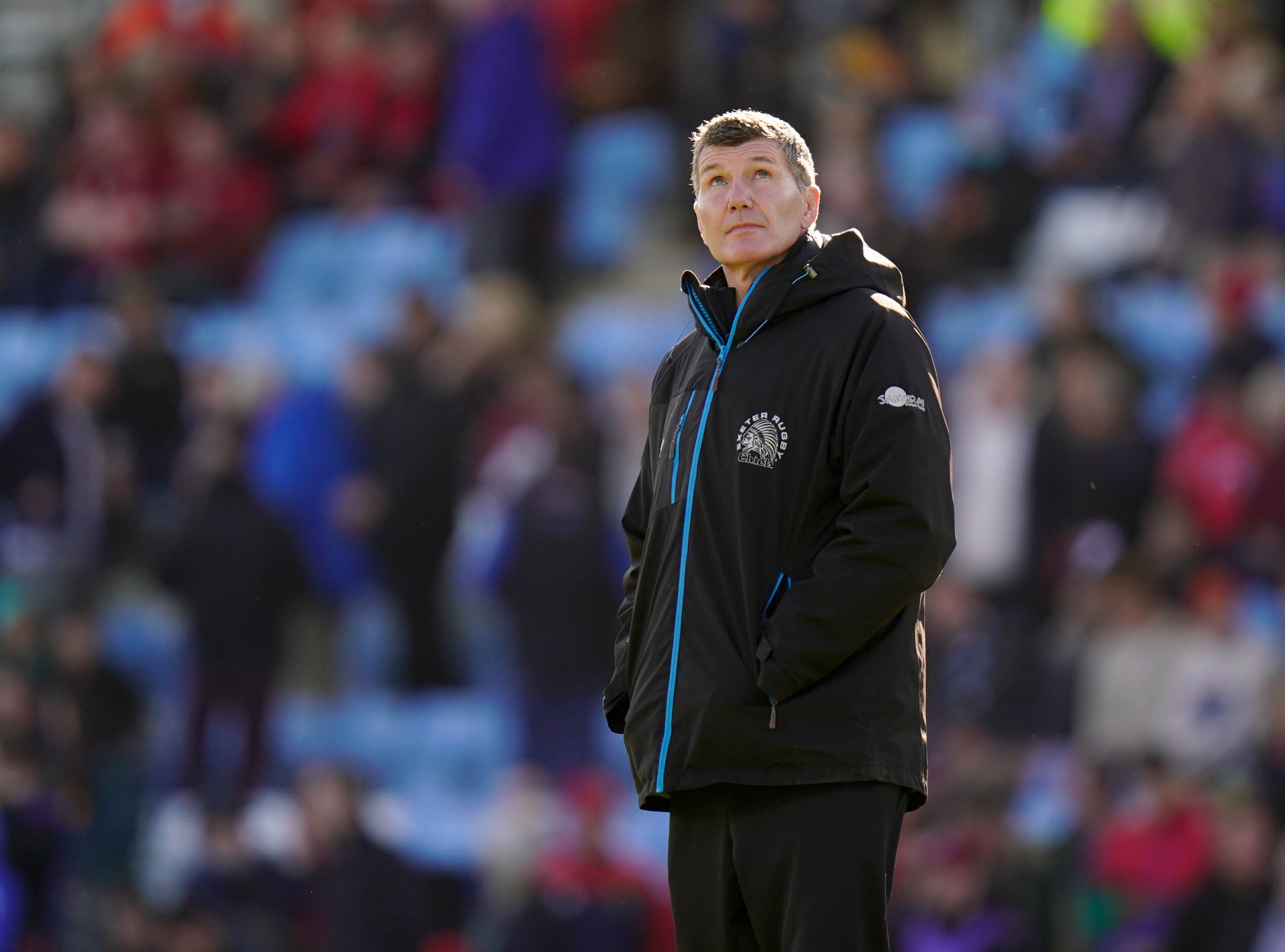 “Having said that, if we talk just about the performance last week, I was really pleased. It looked like we had found something about us that will make us a very hard team to beat.”

Munster, European Cup winners in 2006 and 2008, have a tournament history littered with spectacular knockout wins at Thomond Park.

And with the likes of fly-half Joey Carbery and captain Peter O’Mahony returning after injury, they will be a tough nut for Exeter to crack.

“I want us to go over there and create a great, emotional performance ourselves.

“I want to see our guys look at each other in the changing rooms, nod their heads and go out there and create the game we want to win the game.

“We have got a lot of pride and a lot of desire to do well in this competition. It isn’t just about other teams, it’s about us as well.

Fresh challenges like this are often the best challenges

“Personally, I think the teams that will do well in this round of the competition will be the teams who win both legs.

“We’ve effectively been playing semi-knockout rugby for the last three or four weeks. We are kind of used to that feeling.

“At the same time, I do feel that excitement is helping to bring the best out of the players. Fresh challenges like this are often the best challenges.”