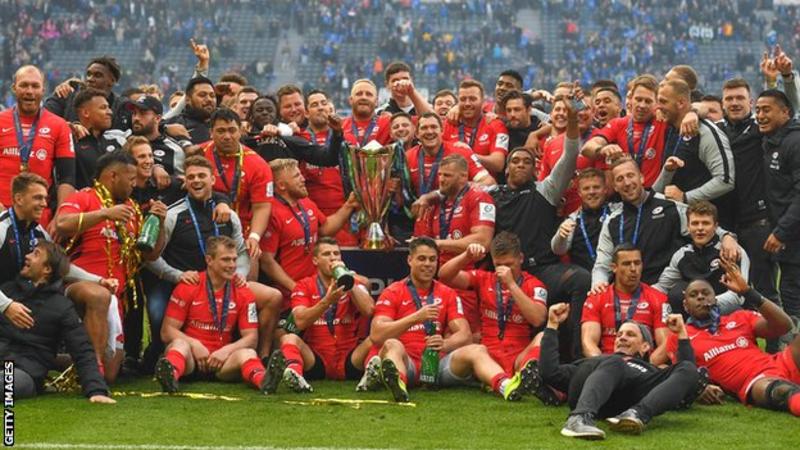 Rugby at all levels in Europe has been suspended since March because of the coronavirus pandemic.

European Professional Club Rugby (EPCR) says it is “making every effort to conclude the knockout stages of the Champions Cup and Challenge Cup”.

EPCR is also considering changes to next season’s Champions Cup.

That includes the possibility of increasing the number of teams in Europe’s premier European competition from 20 to 24, with eight teams each from the Pro14, English Premiership and French Top 14.

Matches could be played over eight weekends instead of the current nine.

An EPCR statementread: “As part of its future planning, and with the extraordinary circumstances due to the Covid-19 pandemic at the forefront, EPCR can confirm that a number of tournament formats are being considered for the 2020-21 season.

“Ongoing discussions with EPCR’s league and union shareholders regarding new formats have included the possibility of a 24-club Heineken Champions Cup with eight representatives from each of Europe’s leading league competitions, played over eight weekends.

“If adopted, any new format would apply to next season’s tournament only on an exceptional basis.

“In the meantime, EPCR remains committed to making every effort to conclude the knockout stages of the Heineken Champions Cup and Challenge Cup season subject to official advice and with the health and welfare of players, club staff, match officials, supporters and the wider rugby community in mind.

A return to rugby is listed under stage five of the Irish government’s roadmap out of lockdown and could happen from 10 August.

No such detail has yet been officially published in Scotland or Wales.

Details of a return for both elite and grassroots sport in Wales are expected to be included in a coronavirus exit plan, which First Minister Mark Drakeford hopes will be published on Friday.

France, meanwhile, has banned all sporting events, including those behind closed doors, until the beginning of September, with the 2019-20 Top 14 domestic season already scrapped.

Marseille’s Stade Velodrome is due to host both Champions and Challenge Cup finals this season.

They had been originally scheduled to take place on Saturday, 23 May and Friday, 22 May respectively, but were suspended because of the coronavirus pandemic.