Ben Youngs believes he will be facing the player who is redefining the role of a scrum-half when England and France collide in the Guinness Six Nations at Twickenham.

Youngs will duel with Antoine Dupont for the second time on Saturday and has deep admiration for a dynamic 24-year-old whose expertise in attack and defence ensure he is among the first names on a world XV team sheet.

Dupont, the 2020 player of the Six Nations, is the heartbeat of a resurgent France side and Youngs insists his unparalleled skill-set sets him apart from his rivals.

“I am hugely impressed with Dupont. He’s really flying the flag for scrum-halves. He’s the best scrum-half in the world and he’s probably one of the best players in the world,” Youngs said. “You look at Will Genia when he first burst onto the scene – he changed the way that nines play the game.

“Fast-forward 10 years and Antoine Dupont has come along and I think he will do the same. He’ll change the way nines play.

“He’s unique. He’s such a powerful guy. He’s a very compact bloke. He’s an extremely instinctive player and once the French pack gets rumbling he’s extremely explosive around the ruck area.

“He is happy to take guys on and get through those bits of contact. His game management is very, very strong as well. He has got the best of both worlds really.

“I don’t know where he’s going to end up. In another seven or eight years, he is going to be incredible. 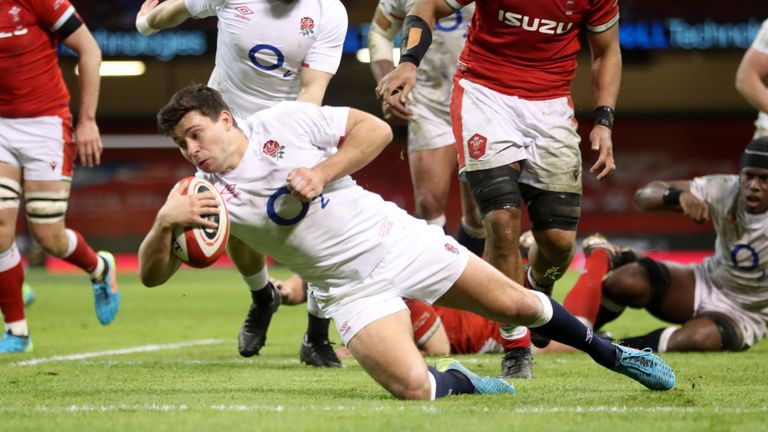 For all Dupont’s prowess, Youngs will continue to appreciate his own strengths as the Lions and Leicester veteran prepares to win his 108th cap in the round-four fixture against the Six Nations favourites.

“As a half-back you have to remember that a lot of what you do is dictated to you by what happens in front of you,” Youngs said.

“If your pack is rumbling and going forward, it’s easier to play than if the pack is getting punished and getting pushed back.

“I can recognise a guy when he’s at the top of his game and is really nailing it. And Dupont is. But I don’t really like to compare.

“You can look at guys, certainly, and see if you can add that to your game. Dupont is extremely powerful around the contact areas.

“But he’s a very compact guy and different shape to me. I haven’t got those genetics so I won’t start doing that. I have my running game and will do it differently to him. Youngs is thought to be among the senior players to have voted for all members of Eddie Jones’ 28-strong squad to get an equal share of the £2.1m pot in place for the Six Nations.

The new terms mean that each player will get £75,000 no matter how many minutes they have played during the Championship in a move that benefits the fringe contenders for a place in the matchday 23.

Previously, those not in action at the weekend would receive less.