England vs Italy LIVE: Follow all the action from Twickenham as defending Six Nations looks to atone for season-opener defeat by thrashing visitors

England are looking to revive their Six Nations campaign on Saturday afternoon when they host Italy.

The defending champions suffered a shock defeat by Scotland last week – in a major blow to their title charge.

Eddie Jones’ side will be a wounded animal when they entertain an Italy side that were thumped at home by France in their tournament opener.

TRY FOR ENGLAND! Their forwards finally make it over the try line through Jonny Hill after several attempts to crash over from the ruck. Good patience from the hosts. Owen Farrell misses the extra two.

After a scrum on halfway, England break through the defence with a clever grubber from Slade finds Jonny May. Maro Itoje then quickly picks up and is stopped just short of the line. They win a penalty 5 metres out and go for the tap and go.

England win a penalty inside the Italian 22 and Owen Farrell opts for the easy three in front of the posts. He converts and brings the deficit to two points.

England go through the phases with pace and work their way up towards the Italian 22. George Ford is bringing in hard runners on the crash ball and England are gaining with every phase. There does appear to be space out wide.

England get their first chance to run at the Italian defence but Elliot Daly throws a wild pass out of reach from Jonny May and the ball goes out of play. Italy have rattled the hosts with a fast start.

TRY FOR ITALY! Italy retrieve quick ball from the line out and and push through into the England 22. Fast hands out onto the left wing and Ioane take the ball into the corner. Garbisi missess for the extra two. Horror start for England!

Maro Itoje juggles the kick off and England struggle to keep possession early on and kick the ball away to the visitors. Italy win an early penalty for a deliberate knock on from Lawes. They kick for the corner.

And we are underway here in London. England receive.  Can we expect a fast, rampant start from this hurt England side?

The players have emerged onto the Twickenham turf and get ready to belt out their respective national anthems. Kick off is just moments away. Stay tuned.

The Northampton Saints back row returns to Eddie Jones’ starting side today.

Italy coach Franco Smith has a pretty tough afternoon ahead. England have not lost back-to-back matches at home in the 5/6 nations since 1983, via OptaJonny. Good luck… 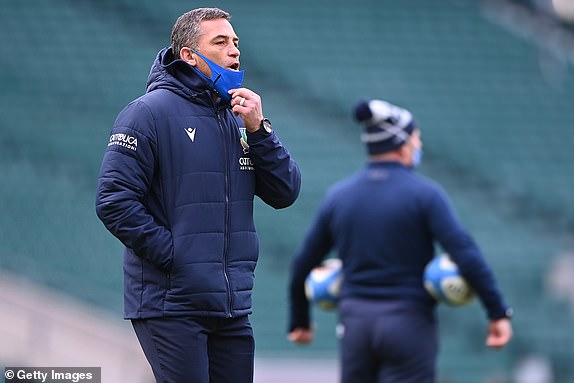 Eddie Jones has named the most capped England side ever today to face an out-of-sorts Italian team.

The 15 starters have 810 caps between them, three more than the team that faced Wales in the Autumn Nations Cup last year.

Jones has broken this record four times in the past 12 months, with some criticizing his favoritism to the old guard. 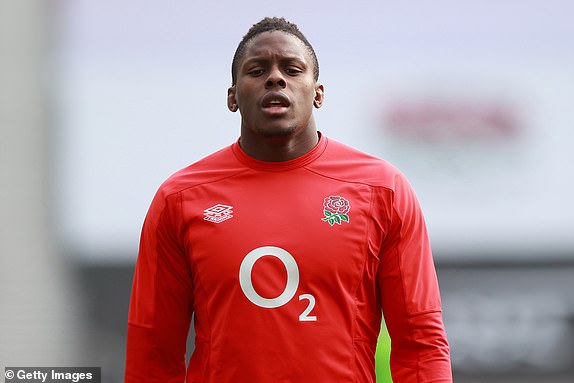 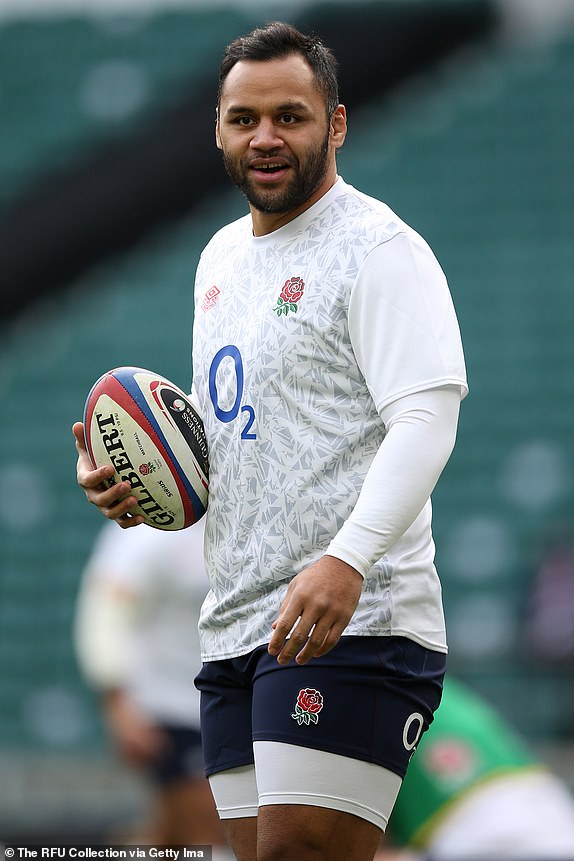 With George Ford’s return to fly half, Owen Farrell ha returned to inside centre following a poor showing against the Scots.

The England captain found himself in a losing kicking battle against the impressive Finn Russell and Stuart Hogg last weekend, but can get back to enjoying more ball in hand with Henry Slade. 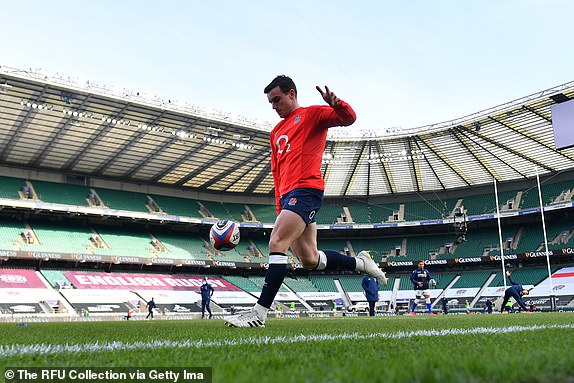 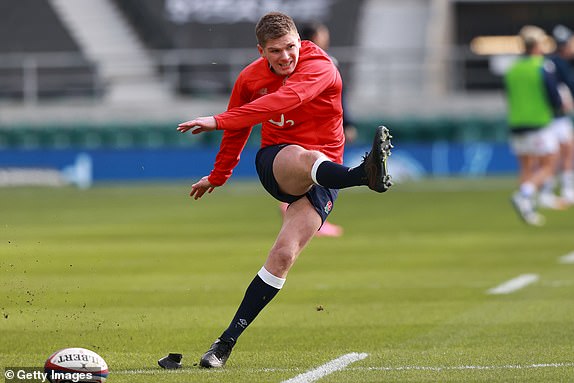 Both sets of players have arrived at the empty Twickenham and will start to go through their paces in the warm ups shortly. Captain Owen Farrell leads Eddie Jones’ side today. 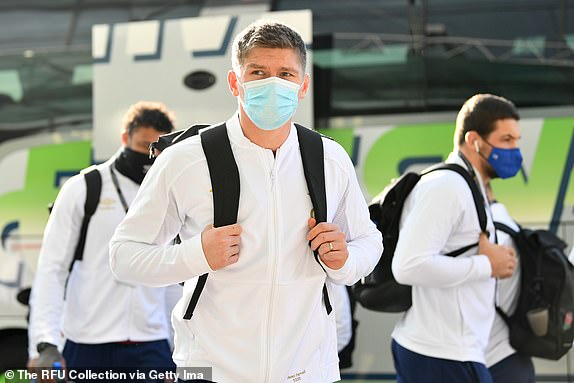 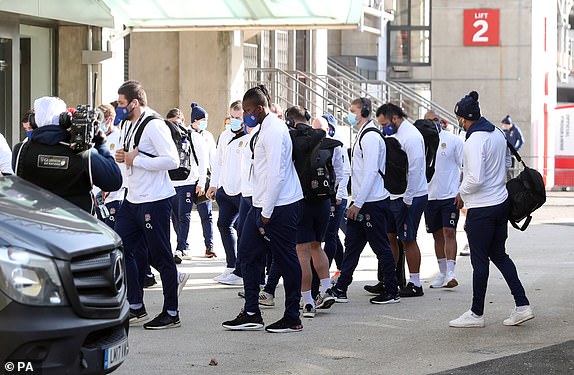 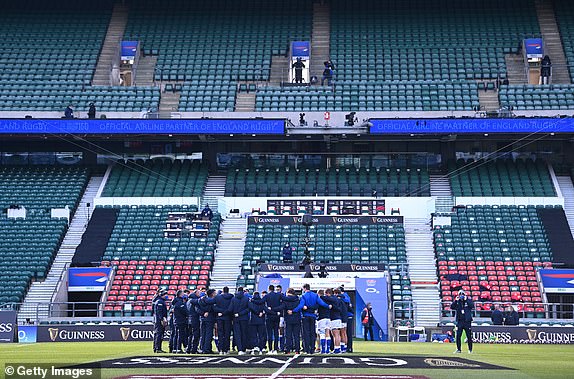 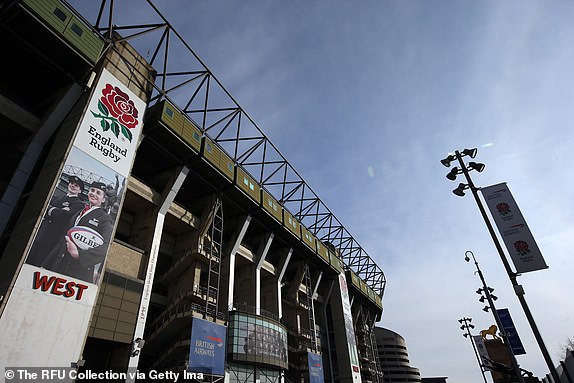 And welcome to Sportsmail’s live coverage of England vs Italy in the Six Nations. Stay tuned for build up and live action as Eddie Jones’ side look to bounce back from a shock defeat against Scotland.