Eddie Jones has warned his players not to get ahead of themselves after England received a favourable draw for the 2023 Rugby World Cup in France. England have avoided the hosts, Australia, Ireland and Scotland after they were placed in Pool D alongside Argentina and Japan.

Jones’ side, who reached the final of last year’s World Cup, will also face the qualifiers from Oceania and South America at the tournament, which will be played from September 8 to October 21, 2023, across 10 French cities.

Ireland and Scotland have been drawn in the same group for the second successive World Cup, with world champions South Africa also in Pool B.

France have been put in Pool A alongside New Zealand and Italy, while Wales are in Pool C with Australia and Fiji.

So far only 12 teams have qualified for the tournament, with eight more qualifiers to be finalised by November 2022.

The draw was carried out nearly three years before the event in order to try and sell the 2.6million tickets worth around £350million for the 48 matches.

JUST IN: Mark Wright swaps TOWIE for Crawley Town as he signs for League Two side 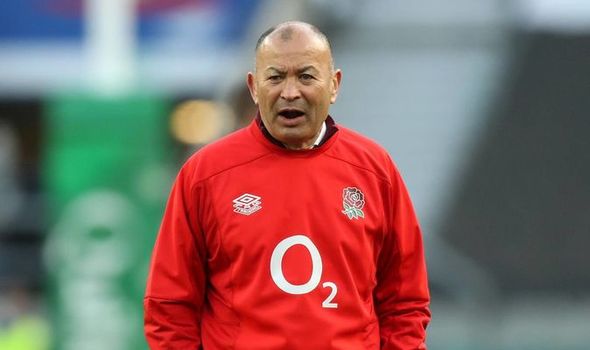 Jones was pleased with yesterday’s draw, but also urged his new recruits to stay on their toes and keep standards high.

“Nine new caps… that’s a good progression for us,” he said.

“And we are going through a rebuilding phase at the moment. We have had a fairly mature side for the last four seasons, and the Lions [tour next summer] will help us evolve.

The full fixture list for the World Cup containing the date, location and times of all games will be announced at the end of February 2021.

Jones, whose wife Hiroko is Japanese, was happy to see his side drawn against the team he coached for three years and led to the 2015 World Cup in England. 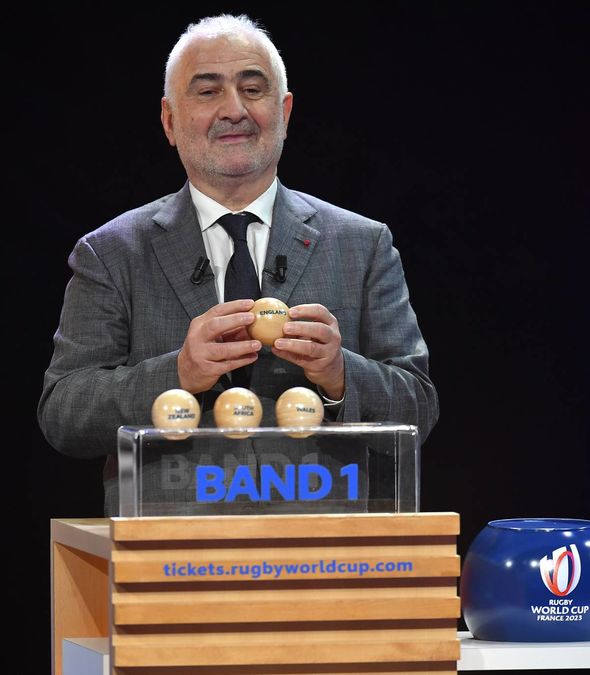 “I had this strong gut feeling that we were going to get Japan and I wasn’t disappointed,” he said. “I think my wife has already bought a half-English, half-Japanese shirt.

“I will do some work on her over the next two years to make sure she has got the right shirt on.”

England are currently considered third-favourites to win the World Cup, behind defending champions South Africa, who beat them 32-12 in last year’s final, and hosts France.

Japan beat Ireland and Scotland last year, while Argentina overcame the All Blacks last month, but England will be confident of getting out of Pool D, with two sides qualifying for the knockout stages.