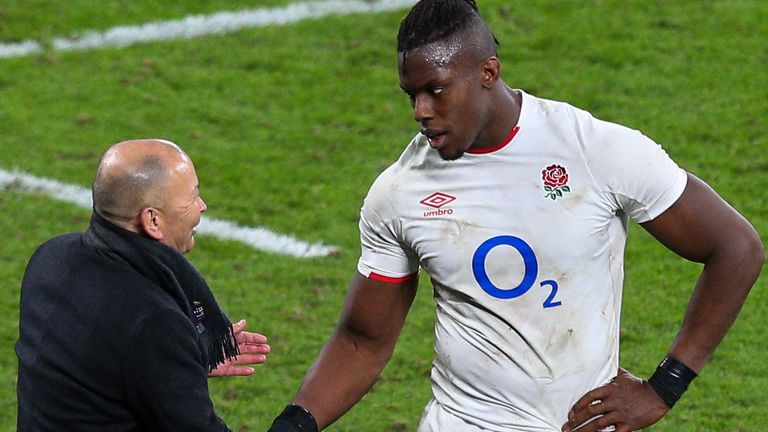 Eddie Jones was impressed by England’s leadership and game management in their win over France and has thrown down the gauntlet by insisting England grabbed a head start in the race for the 2023 World Cup.

Antoine Dupont and Damian Penaud crossed for France, but the visitors ran out of steam and England’s savvier game management steered them back to winning ways.

“We showed a really good attitude, great leadership by Owen (Farrell), and full credit to the players and coaches,” said Jones. 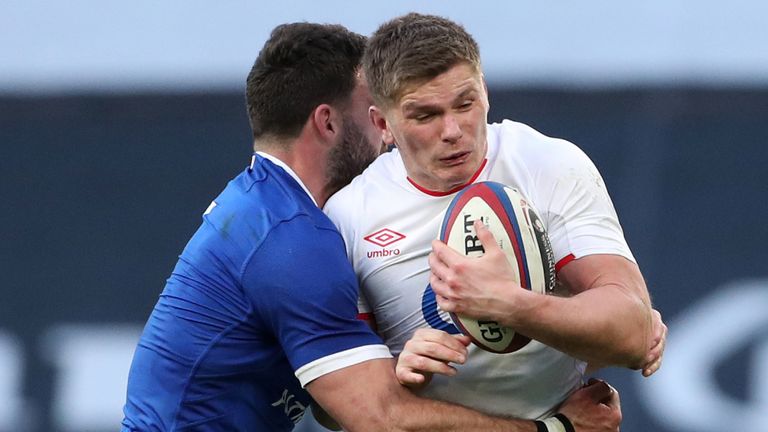 “I think Maro (Itoje) and Owen (Farrell) particularly stood out in terms of the way they led the team, they played at their best, and then contributed to show a lot of composure in terms of coping with difficult periods.”

France will host the 2023 World Cup and are already being touted as among the favourites to lift the Webb Ellis Cup on home soil – but wily coach Jones insisted England are determined to match them stride for stride.

“They’re being described as the best team in the world. They are a good team, they are a quality team with quality players and they are well coached,” said Jones.

“And we said to our players before the game, we’re going to be racing them to the World Cup.

3 – Three of the five times England have won a Six Nations game by a margin of three points or fewer have been against France. Close. pic.twitter.com/5Jhhc2JgJS

“They are a good team, they’re developing, we’re developing, and it’s going to be a good race between the two of us. And we got a bit of a start on it today.”

England’s ill-discipline and ragged tactics contributed heavily to their Six Nations losses to both Scotland and Wales, and Australian boss Jones had demanded an upsurge in those areas against France.

The home side offered a greater balance between attack and containment, and certainly improved their disciplinary approach. And Jones now believes England are back on track in terms of developing their game plan for the next World Cup.

“We’ve always had the plan post the 2019 World Cup that we needed to create a game that would take us to the next World Cup,” said Jones.

“But we always felt we needed to develop our game, so we started that at the start of the Six Nations and we’re slowly, slowly getting better at getting the right balance in our game between passing, running and kicking. And today was probably another step forward.”

England saw a late penalty won by replacement Ben Earl overturned and awarded instead to France, after referee Andrew Brace admitted he had made the wrong decision.

Test captains have long since excelled at swaying the officials one way or the other, but Jones still joked that World Rugby must have introduced a “captain’s challenge” rule without England’s knowledge.

“We didn’t know about the captain’s challenge – we missed out on the memo there, so I’ll need to check the computer and see what happened with that one,” said Jones.

“The decision got overturned, we didn’t know you could do that in a game of rugby.

“I’ve been involved in rugby for a little bit of time, I’ve never seen that before, I’ve never been informed you could do that.

“If we knew that, Owen would have had his notebook out and made a note of when he could have challenged the referee. France may have lost the chance for a Grand Slam but can still claim the title, leaving head coach Fabien Galthie demanding his players stay positive despite defeat.

“It was not the management at the end of the match that cost us, the problem was the penalty on one of our scrums, a kick that didn’t find touch, and things that went wrong earlier on the pitch,” said Galthie.

“We didn’t really structure well enough our defence, especially the last English action that allowed them to score their second try.”