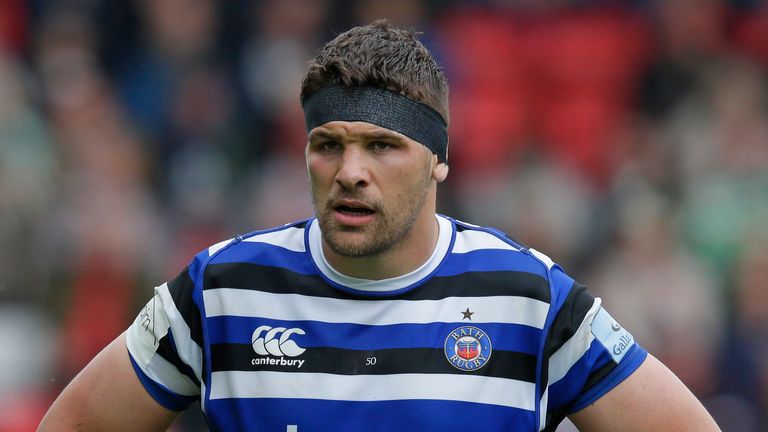 Bath captain Charlie Ewels has hit out at a report that the club’s players “revolted” over being asked to take a pay cut due to the coronavirus pandemic.

Earlier this week, Bath became the latest Gallagher Premiership club to announce a 25 per cent pay cut for players and staff.

That prompted reports in Sunday’s edition of The Rugby Paper and the Sunday Express that Bath’s players were considering rejecting the club’s request but England international Ewels insists that is not the case.

In an open letter to Bath fans, Ewels wrote: “You might have seen the front page of The Rugby Paper today and if you did, given what we are all experiencing at this time, it would be fair if you felt a sense of disbelief or even disgrace at the headline which reads ‘Bath stars revolt over pay cuts’.

“As captain of our club, I can categorically say that these reports are not true, and as a playing group, we are not in revolt against our club. In fact, it’s quite the opposite, we wish to work with the club through this extremely challenging time so we can get back to where we all want to be, playing rugby at the Rec again.

“Everyone at Bath Rugby is committed to working through this together, and the players within the squad that I am fortunate enough to serve as captain are no different. We play rugby for a living and we understand that if we are not playing games, then there is no money coming in. It is a difficult time for everyone at the club, however, we are all on this journey together.

“We as players understand everything happening across the globe is having a huge impact, and that impact is reaching far beyond us. I can say that I 100 per cent support the principle of the pay cuts, as do the majority of players at the club, believing they are what is right to guide the club through this tough period.