We take a look at what is being said ahead of Saturday’s four Challenge Cup third-round ties, including holders Leeds Rhinos getting their defence underway against Super League champions St Helens…

If anyone knows what to expect from Championship opponents, it is Salford head coach Richard Marshall, who was in charge of Halifax between 2015 and 2019.

Last year’s Challenge Cup runners-up welcome Widnes Vikings to the AJ Bell Stadium for Saturday’s last-16 clash and are looking for their first win of the season after suffering defeats in their opening two Super League matches.

Marshall, who is without suspended former Widnes half-back Kevin Brown and injured duo Dan Sarginson and Elijah Taylor, knows the Vikings will be motivated by the aim of causing an upset.

“I’m sure Widnes will be coming with a really concise game plan and try to unnerve and rattle us,” Marshall said.

“The Championship teams come with lots of energy, lots of enthusiasm and a really good, simple plan.”

Widnes head coach Simon Finnigan has injury-enforced absences to contend with too, but ex-Salford forward Lee Jewitt is set to make his debut, while former Challenge Cup winners Matty Smith and Paul Clough are both in his squad as well.

🗣️ "We want to put into practise everything that we've been doing on the training field and execute a really resolute, strong game plan."

The tie of the round pits Challenge Cup holders Leeds against back-to-back Super League champions St Helens, who are aiming to lift the trophy for the first time since 2008.

Kristian Woolf’s first season as Saints head coach last year saw them knocked out of the cup by Warrington Wolves, but he is excited by the prospect of taking on the holders at this early stage.

Woolf also has full-back Lachlan Coote back for his first appearance of the season, while Agnatius Paasi returns after being sidelined with a head injury.

“Leeds obviously had some success last year and we get the opportunity to play the Challenge Cup champions,” Woolf said.

“The fact that we haven’t had success in this competition for a very long time hasn’t been lost on us.”

Leeds head coach Richard Agar, who is without nine players for this tie at Totally Wicked Stadium, does not want last year’s cup triumph to be a one-off.

Tomorrow's mouth-watering @TheChallengeCup clash is enough to make your hair stand on end….🏆

“Clearly memories like that are very special for players and they are memories you want to experience again and again,” Agar said.

The second match of Saturday’s double-header at the Totally Wicked Stadium is a re-run of one of last year’s matchups which saw Catalans triumph 36-24 over Wakefield Trinity. Wakefield head coach Chris Chester is optimistic it will be different for his side this time around though as Trinity aim to reach Wembley for the first time since 1979.

Chester’s options for this match have also been boosted by the return of Max Jowitt plus Tom Johnstone being available for selection.

“It’s a totally different team to last year,” said Trinity coach Chris Chester. “We were patched up with the Covid issues we had and we lost Liam Kay early.

“We’re the only team in Super League that hasn’t reached a final so it would be huge to get there.”

Catalans head into the tie without suspended pair Michael McIlorum and Joel Tomkins, while Mickael Goudemand misses out through injury, but reserve player Jordan Dezaria is included in the squad after signing a full-time contract.

Had things worked out differently, Featherstone would have been competing at the same level as Hull FC in Super League in 2021. 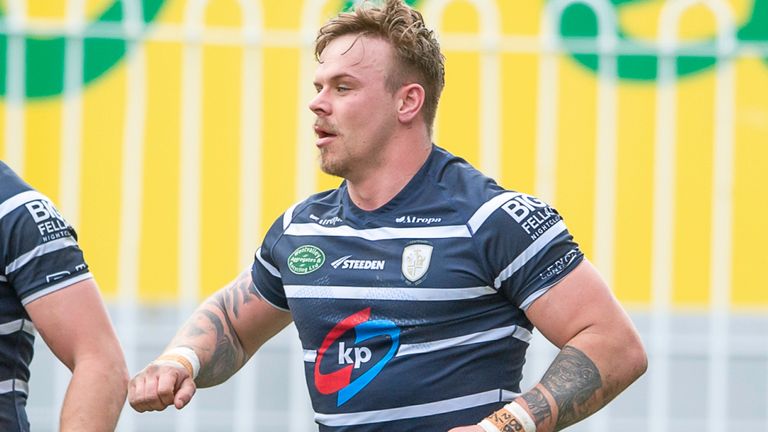 Rovers were one of the six Championship clubs who applied to join the competition to replace Toronto Wolfpack, but ultimately Leigh Centurions were chosen ahead of them.

Wins over Bradford Bulls and Batley Bulldogs earned the three-time Challenge Cup winners an opportunity to test themselves against top-flight opposition in this competition though and they welcome unbeaten Hull FC to the Millennium Stadium.

It will be a new experience for Black and Whites head coach Brett Hodgson, who has not been to Rovers’ ground before, and he is not underestimating their opponents.

“I know there’s a slope and the in-goals are very small, and the lights are not the brightest,” Hodgson said. “The coaching staff have had a discussion about all those challenges.

📺 Brett Hodgson looks ahead to Saturday's cup meeting with @FevRoversRLFC in his pre-match press conference, brought to you by Jacuzzi®

“It could be a leveller if we’re not disciplined and strong enough to not allow it to be but I’m confident we will go there with the right attitude to perform at the level we want to.”

Hull FC are without Josh Reynolds and Ligi Sao due to injury, but Marc Sneyd is available after suffering a leg injury in the 22-10 win over Huddersfield Giants.