Eight wins and a draw has seen the Hertfordshire school become the fifth team to win this national competition since it was launched in 2013.

They follow Bradford-base Woodhouse Grove, Wellington (three times), Sedbergh (twice) and Cranleigh to lift the Trophy which is fought out by over 100 schools on a merit table basis. 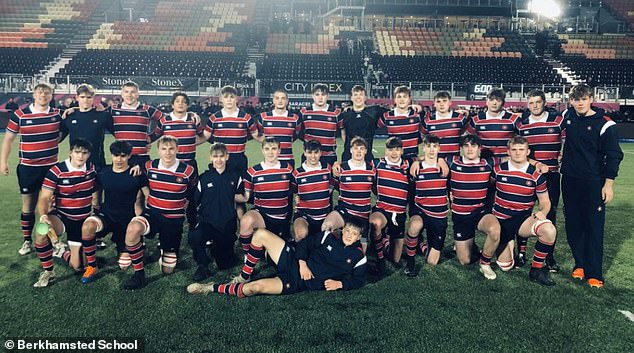 Berkhamsted registered their eighth win by overcoming Dulwich, 24-3, to give them an average of 6.44 merit points per match which was marginally ahead of Sedbergh on 6.22.

Sedbergh looked set for a third title until the last month when they drew against Wellington and lost out at home to Millfield. 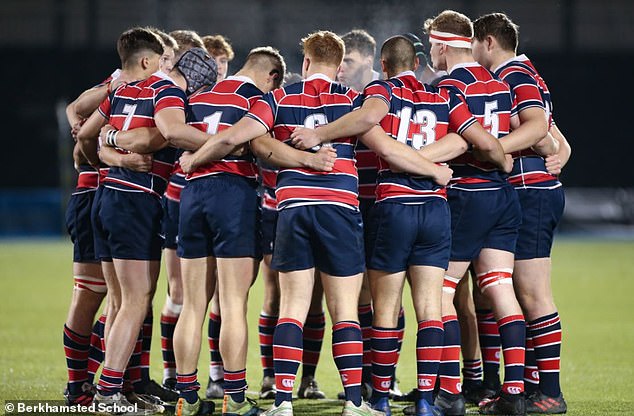 Berkhamsted maintained their consistency throughout the autumn to reward a squad in which the bulk of players have been together over the past six years.

Head coach Ben Mahoney said: ‘It’s been a big squad effort in which everyone has pulled together.

‘Over the last few years we’ve improved our rugby at the school and this is a reward for all the hard work by a lot of coaches and players.’

A number of players are part of the England under-18 training squads led by Tobias Elliott who played for the age group in last summer’s international against Italy. 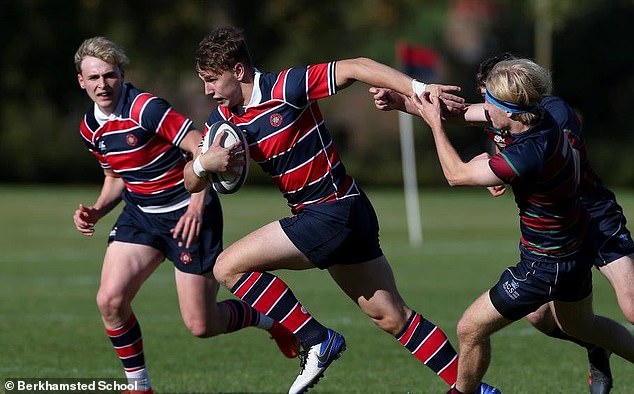 Elliott contributed a try against Dulwich alongside two by Reuben Logan and one from James Isaac. Fly-half Cam Raubenheimer has kicked over 100 points this autumn.

Sedbergh had to watch and wait as Berkhamsted defeated Dulwich. The Cumbrian school finished their fixtures last week, against Millfield, but lost 20-14 and with it the chance of a third title in five years.

St Benedict’s achieved their best finishing position of third place thanks to an unbeaten season of nine games, the final win for the West Londoners coming against Magdalen College School, 37-5. No 8 Cathal Sheehan scored two tries. 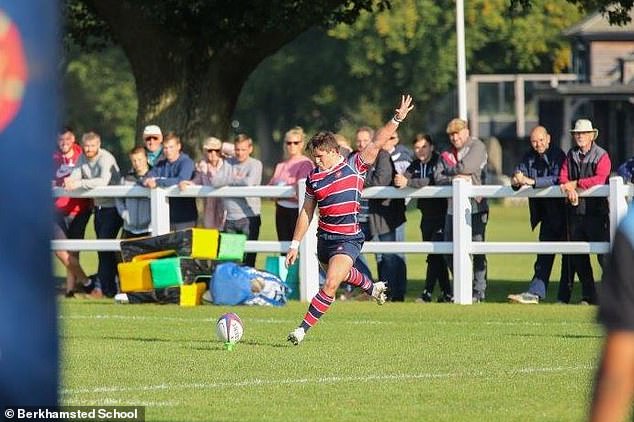