Ben Youngs has reached a new performance peak this season, for club and country, and now the veteran Leicester and England scrum-half has revealed his motivation.

The 32-year-old is being driven by a desire to alleviate the pain and heartache of older brother Tom, who is on indefinite leave from Tigers duties to care for his seriously ill wife, Tiffany — three years after she appeared to have recovered from a blood cancer diagnosis.

For Ben, the aim is to provide a ray of light in the darkness. Asked about what has spurred him on, he said: ‘The family, I guess. It has been a tough time and it continues to be a tough time. My responsibility is to try and bring some joy. That’s a pretty easy motivation for me. I want to be able to do that. 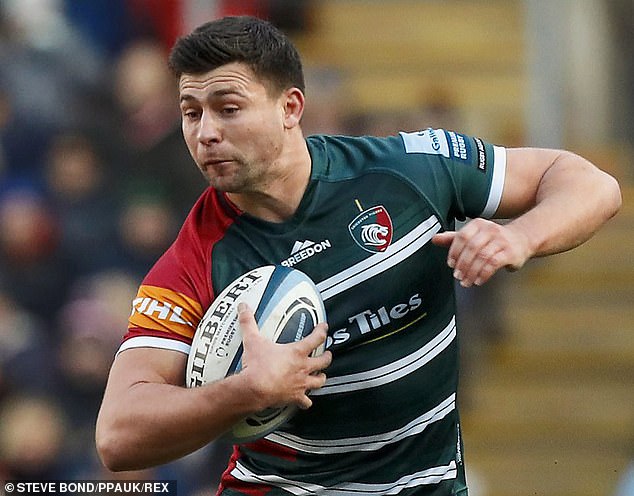 ‘My job is to perform and try to bring some smiles for 80 minutes at the weekend. That is my role within it and that is what I have got to do.’

That is the personal dimension, which is focusing Youngs’ mind, but there are professional aspects to his form renaissance. He is not yet ready to accept a changing of the guard, with Leicester or with England. He wants to extend an international career which has already yielded a century of Test caps.

So is the next World Cup a target? ‘Of course,’ he said. ‘I absolutely strive to be a part of 2023. I feel I can add and be of value and still perform. That’s certainly a goal of mine.

‘Eddie (Jones) has always given me confidence. I’ve always enjoyed playing under him. He allows me to go out there and perform.’

Youngs was impressive during England’s successful autumn campaign. He scored two tries against Tonga and played a key part in wins over Australia and South Africa. 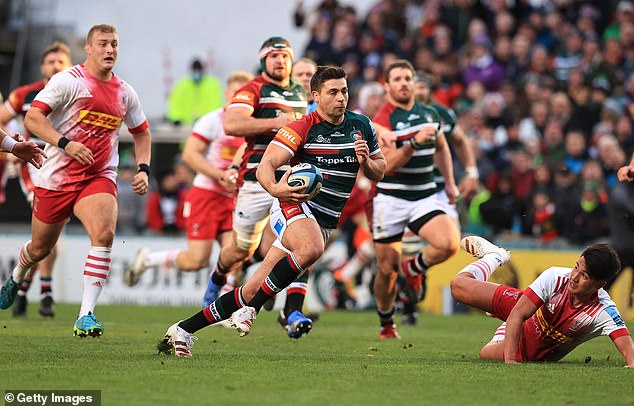 He is being pushed for his place by the emerging Raffi Quirke, but the Sale rookie has spoken about how Youngs is still setting the standard for aspiring English No 9s.

Youngs has worked hard for improved sharpness. He paid tribute to the input of Leicester’s head of performance, Aled Walters, but his own sense of purpose has been vital.

‘I know where I want to go and who can help me get there,’ he said. ‘My job is to try to squeeze a bit more out of the lemon and get the juice.’

There has been a correlation between the fortunes of Youngs individually and Leicester collectively. Head coach Steve Borthwick has overseen a monumental transformation of fortunes for the Tigers, who had been in decline for years before he left his post with England to take on the salvage operation.

This season, Leicester have played 12 games and won the lot. Last Saturday, on the opening weekend of the Champions Cup, they hung on to win in Bordeaux, in the absence of various key men. 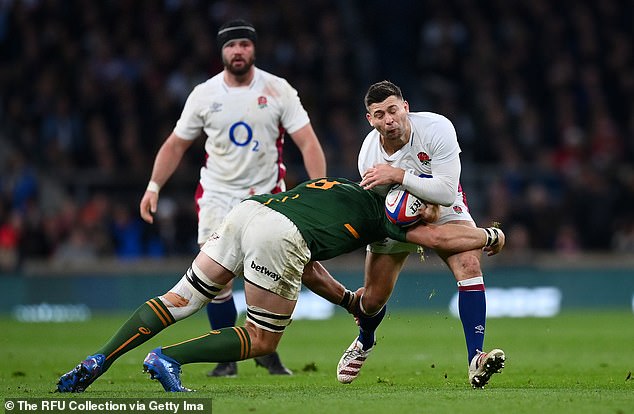 It was another indication of the progress they have made. Several tyro Tigers showed once again they are coming of age.

‘When rugby restarted after the first lockdown, a huge number of those young lads who are thriving now were playing in those Wednesday games, which weren’t pretty at times,’ said Youngs. ‘I came off the bench against Wasps at the Ricoh on a Wednesday night and we lost by around 70 points.

‘A lot of lads played in that game. It hasn’t all been plain sailing for them. I think sometimes people see what happened at the weekend and forget the experiences they had along the way. A lot of the guys are better because of the experiences of lockdown and playing at that time.’

One of the developments which has really galvanised Leicester is the arrival of Kevin Sinfield from rugby league.

Youngs speaks about the icon of the 13-man code having an ‘aura’ and a desire for success which is ‘infectious’. 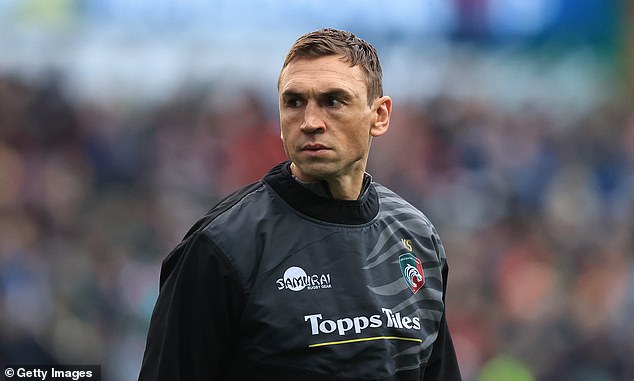 Youngs hailed the arrival of Kevin Sinfield from rugby league, saying he has an ‘aura’ about him

‘When you keep winning, you just want more of it,’ said Youngs. ‘It becomes a craving and a sense of pride, to not let the winning streak finish. It’s not a burden to carry this streak — it’s just a great opportunity to carry it on.

‘It’s a great story of Leicester having success, then a demise, then success again. It’s a story people get hyped up in, but the important thing for me and the other senior players is just to make sure the lads don’t get carried away. Although it’s going great, we haven’t won anything.’

Tomorrow, Leicester bid to enhance their prospects of reaching the knockout phase of the Champions Cup when they take on Connacht at Welford Road.

They have endured some European indignities in recent years, but times are changing.

‘We played Glasgow one year at home (2017) and lost by about 40 points to nil,’ said Youngs. ‘That was as bad a day as I’ve ever had in Europe playing for Leicester.

‘From then to watching these guys thrive in France makes me unbelievably proud. You think, ‘Blimey, we’ve come a long way’.’