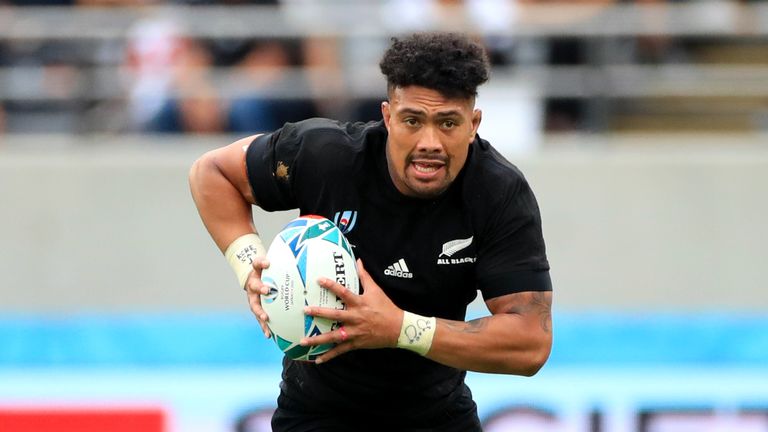 Regular captain Sam Cane is not available because of injury and his stand-in Sam Whitelock did not travel with the team to Australia on Thursday because his wife is expecting a baby. Scrum-half Aaron Smith, who recently captained the All Blacks for the first time, and fly-half Richie Mounga also did not travel for the same reason, leaving Savea to take on the leadership role for the first time.

“In some ways it’s a changing time and we’ve gone with a changing strategy,” explained Foster.

“Ardie has been a key part of our leadership group and I love that he has a very different style of leadership.

“He’s very empathetic, he’s got a great affinity right across the group and reads the group well from a family and emotional side, and I think that’s a really important quality to have in the situation we’re in.

“Over the last few years he’s really started to grow into an influence role in terms of looking at ways we can actually use his voice and his behaviour to impact this team, and I think he’s done a really good job of it.”

The All Blacks are facing a three-month stint on the road due to their involvement in The Rugby Championship, which will conclude in Queensland after the Wallabies game in Perth, followed by tour matches in the northern hemisphere.

New Zealand take on Australia on Sunday having thrashed them 57-22 in the first round of the Rugby Championship at Eden Park earlier in the month.

The win also kept the Bledisloe Cup, the annual trophy contested by the trans-Tasman nations, in New Zealand hands for a 19th successive year.

The All Blacks will play Australia in Perth next weekend before moving to Queensland where the remainder of the Rugby Championship will be played. The team then travels to the United States and Europe for Test matches as part of a tour which will keep them away from home for at least 14 weeks.

Whitelock and Cane likely will rejoin the squad for the later matches.