The Tigers and Swans rank first and second respectively in scoring from turnover differential. Richmond has outscored its opposition by 39 points per game via that source and Sydney by 37 points. Tom McCartin ranks second in the AFL for intercept possessions per game since Round 14 last season when he was switched to defence. 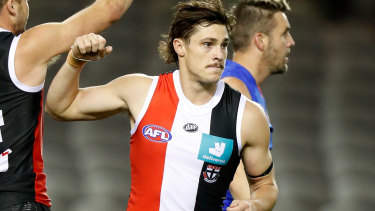 No Buddy, but plenty of excitement

It was supposed to be the Dusty-Buddy show, but unfortunately Lance Franklin has been rested today.

Nevertheless, it still promises to be a great game between two undefeated sides – the reigning back-to-back premiers Richmond and the exciting, up-and-coming Swans.

The Tigers have won their last three against Sydney and are aiming to make it four in a row for the first time since 1984.

It’s been a while since the Swans have played at the MCG, but it’s proven to be a happy hunting ground for them with three of their last four games there ending in victory. 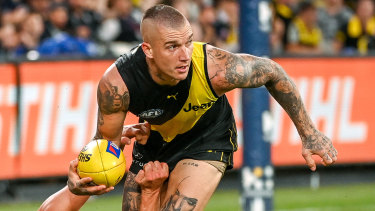 Hello and welcome to our rolling coverage of today’s footy action.

First cab off the rank is Richmond v Sydney from the MCG and that will be immediately followed by Essendon v St Kilda in the twilight fixture at Marvel Stadium.

We’ll also keep you up to date with the AFLW finals as Melbourne host Fremantle and Collingwood take on North Melbourne in a pair of cut-throat qualifying finals.

The winners of those games will advance to the preliminary finals where Adelaide and Brisbane await. 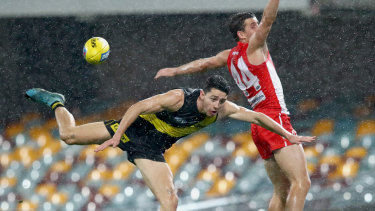